Grenache (pronounced GRAH-NAHSH) is one of the most internationally successful grape varieties, but it’s also one of the most misunderstood. Sometimes voluptuous and juicy, and other times ethereal and remarkably pure – it’s difficult to pin down exactly how a typical Grenache is supposed to taste. Despite this, the best Grenache wines earn their seat at the table next to the more widely recognized Pinot Noir, Cabernet Sauvignon, and Syrah, boasting impressive and varied expressions from all corners of the winemaking world. From Châteauneuf-du-Pape and Priorat to Sardinia and the Sierra Foothills, discover the world’s seventh most planted grape with these ten essential facts. 1. A GLOBAL GRAPE—According to the Grape and Wine Research and Development Corporation, Grenache is the world’s seventh most planted wine grape, and the fifth among reds. A late-ripening variety, Grenache thrives in warm Mediterranean climates, and can be found growing everywhere from Provence to Paso Robles to Peru. 2. PARTNERS IN WINE—While Grenache can be enjoyed as a mono-varietal wine, its favorite playmates are Syrah and Mourvèdre , making for a true power trio. When combined, these three grapes strengthen each other’s best qualities to produce a synergetic recipe, proving that the sum can be greater than its parts. The GSM blend is celebrated in the Southern Rhône Valley and imitated across the globe. Grenache brings pure and juicy berry flavors while Syrah contributes a savory meatiness, y savoriness and Mourvèdre amps up the spice and tannic structure. 3. SPANISH AT HEART—Grenache is one of the world’s oldest grape varieties. While its genetic parentage remains unknown, its geographical origins are believed to lie in northeastern Spain, where it goes by the alias Garnacha (or Garnaxa in Catalan). Aragon’s gnarled Garnacha (pronounced GAR-NOTCH-UH) bush vines in such appellations as Calatayud , Cariñena , Campo de Borja , and Somontano yield some of Spain’s greatest value reds of character, while Catalonia is home to such celebrated Garnacha regions as Priorat , Montsant , and Terra Alta . 4. SIPPING WITH CERVANTES—Several linguists argue that the word “Garnacha” actually derives from “Vernaccia,” a name given to several Italian white grape varieties. In fact, the first printed mention of the word Garnacha comes from a 1613 short story written by Don Quixote author Miguel de Cervantes, in which the main character imbibes a selection of Italian whites, one of which is called Garnacha. 5. THE ITALIAN CONNECTION—Grenache likely first reached Sardinia’s shores by influence of the crown of Aragon following their conquest of the island in the early 14th century. In Sardinia, the grape is called “Cannonau” (pronounced CAN-OH-NOW) and remains the region’s most important variety. 6. A FRENCH FAVORITE—Trailing only Merlot , Grenache is France’s second most cultivated grape variety, its influence stretching from the Rhône Valley to Provence and Languedoc-Roussillon . Perhaps Grenache’s most prized wines are born in Châteauneuf-du-Pape. Châteauneuf-du-Pape allows eighteen different grapes in its red blends, but Grenache most commonly serves as the backbone. The illustrious Château Rayas even opts to vinify their red Châteauneuf-du-Pape entirely with the one variety. While Châteauneuf-du-Pape wines can often be expensive, other Grenache blends such as Vacqueyras , Gigondas and entry-level Côtes-du-Rhône bottlings can offer delightful and affordable alternatives. 7. GRENACHE ON THE GO—Outside of Europe, Grenache yields fantastic results in New World regions that champion Rhône varieties. In the United States, look out for examples from California’s Sierra Foothills and Paso Robles , as well as from Washington State. Grenache was also once the most prominent grape variety in Australia, and today a number of winemakers down under continue to blend the grape with Shiraz. 8. THE RED, WHITE, & GRIS—As is the case with Pinot Noir, Pinot Blanc, and Pinot Gris, Grenache also comes in mutated white and pink-berried variants that are technically genetically identical. Grenache Blanc is one of the most pivotal contributors to the Châteauneuf-du-Pape Blanc, as well as to a number of white blends from Southern France and Spain. Grenache Gris is primarily cultivated in the same regions, and can often impart the palest of pink tints to its wines. 9. THINK PINK—Along with Mourvèdre, Syrah, and Cinsault, Grenache plays a major role in Provence and its tidal wave of rosés that flood wine shop shelves each year. These dry, herbaceous pink wines have become a summer staple, in large part thanks to Grenache’s refreshing berry flavors. Just to the north in the Rhône Valley, Grenache is the most important grape in Tavel , an appellation that produces only rosé, though these wines are characteristically a bit meatier and darker hued than its Provençal counterparts. 10. SAVE ROOM FOR DESSERT—Grenache lovers can pair an entire meal exclusively with the one grape, starting from white and rosé, continuing to red and ending with dessert. In both the Roussillon and Rhône regions, winemakers use Grenache to craft “vin doux naturels.” Made in such appellations as Maury , Banyuls , and Rasteau , these fortified sweet wines most resemble Port , and the best bottles can similarly age for decades, if not a century. — Bryce Wiatrak Do you have a go-to Grenache? Scan the label or search by name to add your tasting notes on Delectable. 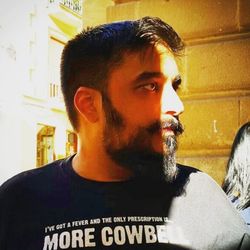 Evan, Severn and 1 other liked this

This dusty old dame was opened on a lark and was the Belle of the Ball. Fruit, velvet finish with grip on the end. A really fine and easy wine. Easily in my top 10 for the year so far. It has all of the complexity to satisfy the snobbiest wine critic and the simplicity to make a novice want to become an snob. — 5 years ago

Sisco and brannen liked this

Very complex with layers of flavor. During its peak it seems to have hints some leather spice and minerals and even perhaps a grass or dirt. It is definitely not fruit forward. This is one of my favorite wine to just sit and sip. It's definitely a wine for Scotch and Brandy drinkers. It feels very rustic as in definitely not refined. It is to Wine what Grandma's comfort food would be to a great dinner. One thing I would recommend to get the fullest out of it would be decanted as much as you possible. In fact I find it best 3 days after I've opened it unless I decant. — 6 years ago 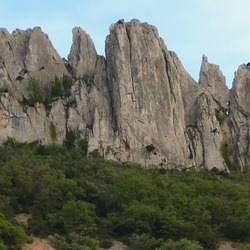 Super dark fruit profile. Oak is definitely present. Like my Grenache a little more light on its feet, and with some acid. Obviously a quality wine, but not made in the style that hits me where it should. On day three took on some curious umami-soy-liquid aminos on the nose. Slightly oxidized, but actually showed some real depth and complexity. Maybe this is just a lay down for 10 kind of wine. — 4 years ago

Shay, David and 2 others liked this At first all new oak and hot alcohol. Like canilla vodka. With a three hour plus decant...what a wine this is. Modern on its stunning power, massive black pepper, chewy tannin, dried cherry and raspberry, slight bread quality. Vanilla and menthol on the finish. Not subtle, but spellbinding and a nice value. — 4 years ago 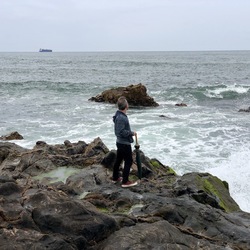 Meaty on the nose, limestone, purple flowers. Cherry jam. Tongue-stripping tannins and garrigue in the mouth. Herbaceous and funky. Very mineral driven. A good compromise between pleasure and seriousness. — 6 years ago 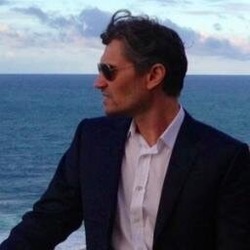 Intense dark red fruit with a lot of earthiness and spice. Full bodied with a long smooth finish. Easy drinking to the last drop. — 6 years ago

Terra Alta has proven one of my favorite regions for white wine that nearly nobody knows about. Lafou makes one of the best - a Garnatxa Blanca of length and texture. Sweaty and mineral, the wine offers precise, clean flavors or green olive skin, almond dust, lemon pith, and Thai basil - corrupted further with tones of petrol, dried wax, rind, and salinity. What a wine. — 4 years ago

An order of Carthusian monks first found their way to Scala Dei in 1194 at the invitation of Alfonso I. The name "Scala Dei" means "stairway to heaven," and a visit through these transportive ruins remains a critical first stop if ever visiting the region. While monks no longer work the cellars, the Scala Dei wines remain solid - and often a relative value in comparison to those who've arrived in the last half century. Prior is Scala Dei's mid-tier of their three Priorat reds. High octane flavors of licorice, pepper, black plum, violet, and blueberry find balance with spicier, more elegant tones of sandalwood, rosewater, frankincense and gingerbread. While 15% abv, you’d never know per the bright acidity and chalky tannins - yet there remains, a warming medieval intrigue that conjures romantic images of hearthstones and velvet. A nice showing from Priorat’s pioneering monastery. — 4 years ago

Maria, Julia and 3 others liked this

David, Eric and 41 others liked this

@Jody Scharf @Mike Rowe Please do not drink it too cold. Remember I scored it 90 points. Very good bottle wine for the money. See if you agree with my write up . Cheers! @Joe Lucca

@Shawn G. Rose I enjoyed it