“First is the worst, second is the best.” At least that’s what Merlot fans might chant, rallying for the too often overlooked grape. Merlot is the world’s 2nd most planted grape variety, but its reputation lies much in the shadows of the world’s 1st, Cabernet Sauvignon . At its best, a great Merlot can challenge any top Cabernet. The esteemed Château Pétrus is made entirely from the grape and averages upwards of $3,000 a bottle. Get to know Merlot, one of the wine world’s most unsung heroes, in ten essential facts. 1. According to the Grape and Wine Research and Development Corporation, Merlot is the 2nd most planted grape in the world, trailing only Cabernet Sauvignon. Its vines can be found growing in almost every wine producing country from France to Malta to Mexico. Even Bolivia has 74 acres dedicated to the grape. 2. Genetic testing has revealed Cabernet Franc to be the father of Merlot, and the esoteric Magdeleine Noire des Charentes to be its mother. This makes Merlot a half-sibling to its famous blending partner, Cabernet Sauvignon, itself the progeny of Cabernet Franc and Sauvignon Blanc . 3. Translated from French, “Merlot” means “little blackbird.” Scholars hypothesize the name derives from the small dark birds of southern France who enjoy eating Merlot’s berries. 4. Cabernet Sauvignon may be the world’s most planted grape, but Merlot is the most grown variety in France. It achieves its highest expression on Bordeaux’s Right Bank in the communes of Pomerol and Saint-Émilion , where it is traditionally blended with Cabernet Franc. If a wine is described as a “Right Bank”–style, it’s most often a combination of these two grapes. 5. On Bordeaux’s Left Bank, Merlot plays a critical supporting role in the Cabernet Sauvignon-dominant blends. There, it acts as somewhat of an “insurance policy,” ripening earlier and more fully in cooler vintages when Cabernet Sauvignon cannot. In a blind tasting, the two grapes are very easy to confuse. Generally, Merlot is identifiable for its more accessible, velvety tannic structure and juicier fruit flavors. 6. Next door, Merlot has proven to be one of the most successful French varieties to cross over onto Italian soils. In Friuli , producers such as Borgo del Tiglio and Merlot achieve wonders with the grape, while in Tuscany wines such Masseto and Castello di Ama’s L’Apparita garner cult status. 7. Merlot was the 5th most harvested grape in California in 2017, according to the Department of Food and Agriculture. While often outshined in the Golden State by Cabernet Sauvignon, Merlot thrives in the same regions – the Napa Valley , Sonoma’s Alexander Valley , the Santa Cruz Mountains . If you love a California winery’s Cabernet Sauvignon, then pick up a bottle of their Merlot. It’s often utterly delicious and a fraction of the price. 8. “I am not drinking any f***ing Merlot,” Paul Giamatti’s character Miles famously screams in the 2004 movie “Sideways.” Many attribute those seven words to the demise of Merlot’s popularity in California in the mid-2000s. A documentary called “Merlove” was even made in response to help repair the grape’s reputation. The great irony? The Pinot-philic Miles’ most prized position is a bottle of 1961 Château Cheval Blanc – a blend of Merlot and Cabernet Franc from Saint-Émilion. 9. Outside of California, Merlot is critical to the Washington wine industry, the second most cultivated grape after Cabernet Sauvignon. While traditionally used here in blends, a number of the state’s most pedigreed producers – Leonetti, De Lille, Quilceda Creek – offer stunning varietal Merlots. Merlot is also successfully harvested on New York’s Long Island , and is Virginia’s second most planted red. 10. What is “White Merlot”? In the late 1990s a handful of wineries tried to replicate the success of White Zinfandel – a sweet, simple blush-style wine made from the red Zinfandel grape – with Merlot. In 1998, Sutter Home, the inventor of White Zin, vinified 3.6 million bottles of White Merlot. Confusingly, White Merlot should not be mistaken for Merlot Blanc – a separate grape variety that is a cross of Merlot and Folle Blanche. — Bryce Wiatrak Have you enjoyed a bottle of Merlot lately? We can’t wait to see what’s in your glass! Scan the label or search by name to add your tasting notes on Delectable.

I don't care what Sideways said, I love Merlot. Right Bank at heart. And it's done well in Tuscany too (hello, Masseto). Petrolo's top wine Galatrona from 2012 is a ripe Merlot. Mocha, cherries and spice come together deliciously. We enjoyed this wine at a terrific Japanese steakhouse in Williamsburg called Salt + Charcoal. Fatty, salty, juicy red meat with a big Merlot... kampai! indeed. — 4 years ago 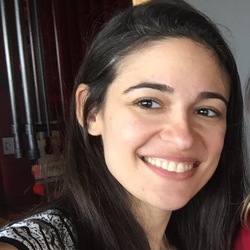 with Cara
James, Jason and 25 others liked this

I think this just reached its plateau after 26 years. Very sweet and round. Tannins completely integrated, very nicely delineated. This wine just gets more and more intense on your palate. More than a minute burn. Great and will be for a long time. — 6 years ago

Gilbert, Laurent and 3 others liked this

Is this the best bottle I have ever drunk ? It doesn't come even close. To be honest other than haut brion, I don't particularly like bordeaux. I personally think 1989 and 1990 haut brion are far better than Petrus. Give me Rayas and la tache and vega in a great year and we are talking.

After about 2 hours in a decanter this wine is utterly delightful and I wish I had a second bottle. The color screams youth! The nose is soft and caressing with hints of blue and blackberry coupled with hits of cloves and cedar. The pallet is slightly acidic with very well balanced tannins. The tongue screams hits of wood and minearlality and the fruits just pass through the taste. So yummy and would definitely drink again! — 6 years ago

with Alan
Sean, Maria and 2 others liked this

This wine is made in conjunction with consultant Michel Rolland. The blend is 81% Merlot, 15% Cabernet Sauvignon and 1-2% of both Petit Verdot and Malbec. It's meant to be made in a Pomerol style. On the nose; ripe, lush, sweet black currants, sweet tarry notes, black licorice, soft pepper, violets, understated mint and fresh, dark. fresh floral bouquet. The mouthfeel is stunning as are the fruits. Fresh, ripe, nearly candied, blackberries, dark cherries, notes of blueberries, black raspberries/cola, gentle spices, elegant minerals, loamy soils, liquid violets and a gorgeous, long finishing. Comparing other most quality wine prices, this a steal at $60. Photos of one of their vineyards, Gilles in the lab and a hand blown glass artwork in their tasting room. — 5 years ago

Eric, Shay and 10 others liked this

@David T : Wow, that’s a big score. Similar to @Paul Treadway Huntington Beacher , I just saw this land in a local Total Wine store for $50. Never had, but at that price, seems like a no brainer?

@Shay A it’s a steal, but don’t rob yourself of it’s absolute pleasure by not holding it for a minimum of 5-7 years. Its their most age worthy wine. It’s their Sequel that drinks better young.

@Shay A it’s their Bordeaux blend. 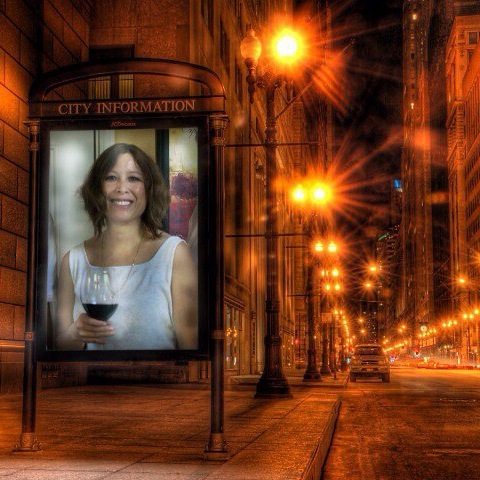 Plum, black cherry, baking spice, violets and vanilla. Rich and lush on the nose. M acid, m body and m+ tannin. Black cherry and cocoa. Balanced and long finish. The fruit lingers quite a while and it has a brightness about it. 1 minute + finish. — 6 years ago

Velma, David and 5 others liked this 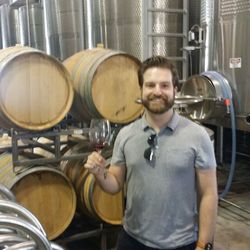 This is actually the Merlot, which I find to be superior to the red blend. For a lower price, so far, the best wine I've had from Pahlmeyer.Liquid velvet. Gorgeous and sultry, with blueberry preserves, vanilla bean, mulberry and a touch of spice. Cooling blueberry pie with buttered crust. — 7 years ago

Michael, jesus and 5 others liked this

In a night of Merlot-based wines, all but one was Bordeaux, yet this was the crowd WOTN. This beast was alive, with tensing muscles and a viscous, beating heart. The nose had mint leaf that dazed and assaulted, on the palate the softest, most powerful tannins strung together dark chocolate, fig and a mineral essence in an elegant, silky string of pearls. So long, can go for years.How crazy is it that on a night of several of the best wines I've enjoyed in a while - with a great group of brothers 'o the vine - I get home to see the inimitable @Martin G Rivard enjoy a night that made mine look like a plonk fest. And my first reaction: I love this guy and haven't even met him yet. Hilarious! Cheers, Martin. We all know it's not a competition but that doesn't mean you shouldn't swing for the fences every time and have fun doing it! — 5 years ago

Kimberly, Riccardo and 48 others liked this

@LM Segal Oh yeah this is a great one Cheers 🍷 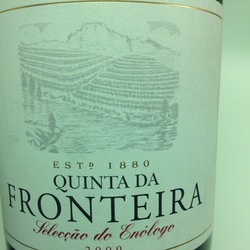 Young but rich. Quite extracted but lovely. Needs 10 more years to soften and integrate and show its depth, but the core is there! Like belt fruit with a trace of mint. Some earth tones as well. Holds up. — 6 years ago 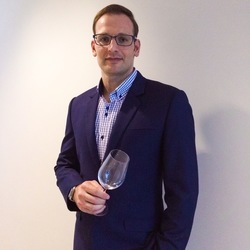 Chateau Pavie 2000, I expected this to be rather powerful and over extracted, a wine, which regularly divides drinkers. The quality of the fruit was extraordinary, bordering on New World in its concentration. Still in its primary stage, slightly subdued and needing more time to reveal its complexity. I thoroughly enjoyed this wine, delicious and well balanced, would happily drink it again. Merlot/Cab Franc/Petit Verdot. 13.5% abv, anticipated maturity 2012 - 2050 — 7 years ago

Akira, Maria and 1 other liked this