Gooseberry. Freshly-cut grass. Tomato Leaf? If you haven’t guessed it yet, we’re talking about Sauvignon Blanc – one of the world’s most beloved and omnipresent grapes, and one that can elicit, well, “interesting” tasting notes. Sauvignon Blanc is the world’s third most planted white grape variety used for wine production, trailing only Spain’s Airén and Chardonnay. Here are ten essential facts you should know to master Sauvignon Blanc: 1. The word “Sauvignon” derives from “sauvage” – French for “wild.” While the name may conjure parallels to Sauvignon Blanc’s untethered herbaceousness or the variety’s ability to grow with nearly uncontainable vigor, in fact Sauvignon Blanc’s “wildness” alludes to its leaves’ resemblance to those of wild vines. 2. According to the Grape and Wine Research and Development Corporation, Sauvignon Blanc is the 8th most planted wine grape variety planted in the world overall (3rd among white varieties). Its vines can be found growing everywhere from France and New Zealand to Austria’s Steiermark region to Turkey’s Güney plateau to the Uruguayan Coast . 3. Sauvignon Blanc, however, originates in France – most likely in the Loire Valley , where it achieves its most classic expression in the wines of Sancerre and Pouilly-Fumé . The grape is also a chief ingredient in the white wines of Bordeaux . Oddly enough, neither the Loire nor Bordeaux grow the most Sauvignon Blanc in France. That title goes to Languedoc-Roussillon , where Sauvignon Blanc often contributes to simpler white wines. 4. Sauvignon Blanc is commonly bottled as a mono-varietal wine, but when it’s blended, its most famous partner-in-crime is Sémillon . Together, they comprise Bordeaux’s two most important white grapes. They complement each other well. Sauvignon Blanc’s grassiness and zippy acidity are tempered by Sémillon’s rounder, more waxen texture. 5. Speaking of Bordeaux, Sauvignon Blanc isn’t always made into a dry wine. Sauvignon Blanc and Sémillon are the backbone to Sauternes , Bordeaux’s treasured sweet wine, and one of the greatest in the world. In Sauternes, a fungus called “Botrytis cinerea,” more poetically known as “Noble Rot,” sweeps the vineyards to shrivel the grapes and concentrate their sugars. 6. Sauvignon Blanc may be white, but its prodigal child is red. A 1996 study at UC Davis performed by Carole Meredith revealed Cabernet Sauvignon to be the genetic progeny of Cabernet Franc and Sauvignon Blanc – a spontaneous crossing that likely transpired near Bordeaux before the mid 1700s. 7. Sauvignon Blanc famously displays a grassy, herbaceous (and for some polarizing) green character, with tasting notes such as “gooseberry” and “bell pepper.” These flavors are attributed to a series of compounds called “methoxypyrazines” (or simply “pyrazines”). Pyrazinic flavors are typically more pronounced in wines from cooler regions, and they can similarly be traced in Cabernet Sauvignon. 8. Another common descriptor for Sauvignon Blanc? “Cat’s pee.” Yes, you’ve read that correctly – and while “cat’s pee” may certainly sound unappetizing, it’s not necessarily meant to be pejorative. The flavor is derived from volatile thiols - compounds that develop from dead yeasts reacting with sulfur post-fermentation. 9. While France may lay claim as Sauvignon Blanc’s ancestral home, its New World champion is New Zealand . New Zealand grows much more Sauvignon Blanc than any other grape – particularly in Marlborough – but the variety’s history in New Zealand is relatively recent. Montana (now called Brancott Estate) first brought Sauvignon Blanc to the area in the 1970s, vinifying the first ever Marlborough Sauvignon Blanc in 1979. 10. Sauvignon Blanc can also produce tremendous wines in California , but a handful of producers use its alias “Fumé Blanc.” Robert Mondavi was the first to market his wines with that name – a portmanteau of Pouilly-Fumé and Sauvignon Blanc – in an attempt to dodge the more negative reputation that Sauvignon Blanc held at the time. Robert Mondavi Winery also happens to own the oldest Sauvignon Blanc vines in the Americas, the I-Block, planted in 1945, within the world-renowned To Kalon Vineyard. — Bryce Wiatrak Have you enjoyed a glass of Sauvignon Blanc recently? We want to see what you’re drinking! Scan the label or search by name to add your tasting notes on Delectable.

with India
Shawn, Kim and 16 others liked this 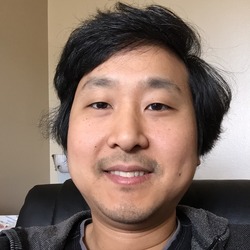 I loved the assertive grapefruit and Meyer lemon that hit first. There's also medium acidity to balance the fruit and chalky, steely dry minerality. Flowers and herbs sneak into the aroma. Tropical fruits develop. This was an excellent match for roasted halibut and asparagus with spaghetti simply dressed with olive oil, garlic, and cilantro. — 5 years ago

Velma, David and 3 others liked this

Diederick, Drew and 19 others liked this

Good value given how some other Chateaus price their whites. 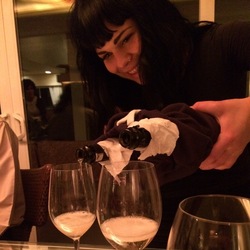 Funky and different for a sauv blanc from Washington. A tiny splash of semillon adds a bruised apple quality to the already earthy funk here. Great acid and oomph nevertheless! — 7 years ago

Anthony, Peter and 1 other liked this 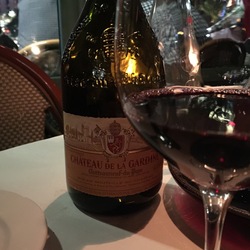 Incredible wine. Pure white flower with honeysuckle. Perfect weight with a flint aspect in the back. Single vineyard and worth the search for this bottle! — 4 years ago

Halfway through my work conference here in San Francisco, and we wanted to make our way to the piers for dinner one night and get some prime seafood. I’m with 3 co-workers who know nothing about wine, so I ordered this. Every single person tasted and said “holy smokes, I didn’t know white wine could taste this good”. Merry Edwards SB is a crowd pleaser. Not a massive citrus bomb, with flavorful savory notes of wet rock and limestone. Perfect for seafood. 👌 — 5 years ago

Severn, P and 53 others liked this

We love Mary Edwards too. 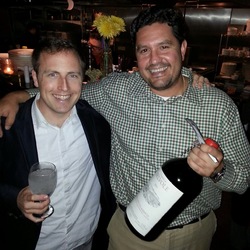 Intense mineral and citrus notes on the nose followed by Stone fruit and fresh cut white flowers. The palate is full of bright citrus, green apple, under ripe pineapple and inorganic earth followed by racing acidity. Finish is long and clean — 6 years ago