Tuscany has offered the world some of the most quintessentially Italian things. It was the birthplace of opera, with the first performance of Jacopo Peri’s “Dafne” in 1598 in Florence. It’s the home of Michelangelo’s “David” and Brunelleschi’s Duomo. Its hearty, rustic cuisine has given us such comfort dishes as pici noodles and pappa al pomodoro soup. But perhaps Tuscany’s greatest gift to the world is its refinement of one of Italy’s most celebrated indigenous grapes: Sangiovese. Sangiovese is an Italian superstar, the most planted variety in the country, achieving its apex of expression in Tuscany. From Chianti Classico to Corsica to California, test your Sangiovese knowledge in ten essential facts. 1. AN ITALIAN SUPERSTAR — According to the Grape and Wine Research and Development Corporation, Sangiovese is the thirteenth most cultivated wine grape in the world, and the first in Italy. Its plantings stretch from Chianti to Canada , Israel to Australia . 2. WHAT’S IN A NAME? — While the exact etymology of Sangiovese’s name is cause for debate, according to legend it comes from the Latin “sanguis Jovis,” or “blood of Jupiter.” The name was supposedly invented by monks in the town of Santarcangelo di Romagna, near Rimini in Emilia-Romagna, who created the more poetic epithet “Sangiovese” when asked for the title a wine they until that point had simply called “vino.” 3. MAMMA E PAPÀ — A 2004 study revealed Sangiovese to be a genetic cross of Ciliegiolo and Calabrese di Montenuovo. Ciliegiolo is a Tuscan variety, often blended with Sangiovese, while Calabrese di Montenuovo is a rather obscure grape grown near Naples whose own origins remain somewhat of a mystery. Some geneticists contest these findings, suggesting that Sangiovese descends from other sources, including wild grapevines, domesticated by the ancient Etruscan civilization, who settled in Tuscany and Umbria . 4. THE TASTE OF SANGIOVESE — Sangiovese wines run the gamut from light and spritely to massive and brooding, depending on the given terroir , blending varieties, and winemaking style. Generally speaking, Sangiovese displays a bright, piercing acidity, matched by a sometimes surprisingly tannic grip, even when the wine is pale in color. Its flavors often combine a bright sour cherry fruitiness with a desiccated medicinal herb quality. 5. THE BLACK ROOSTER — Perhaps the most recognizable appellation for Sangiovese is Chianti, whose wines fall across a wide spectrum from simple, everyday reds, historically bottled in squat-shaped “fiasco” bottles, to some of the most cellar-worthy offerings in Italy. While Chianti can be produced across a large expanse in Tuscany, the appellation is divided into eight sub-zones, the most prestigious being Chianti Classico. Chianti Classico bottlings can be instantly identified by the black rooster, or “gallo nero,” that appears on their labels. 6. MARVELOUS MONTALCINO — Several of the most expensive interpretations of Sangiovese derive from the town of Montalcino. Here, Brunello di Montalcino wines are required to constitute 100% Sangiovese, specifically from the “Sangiovese Grosso” or “Brunello” clone. The Biondi-Santi family, who continue to be leaders in the region today, are largely credited for inventing the wine. Clemente Biondi-Santi presented his 1865 red wine at the International Exposition of 1867 in Paris to much critical acclaim, and his son Ferruccio is the one to have isolated the Sangiovese Grosso clone. 7. A NOBLE WINE— Just east of Montalcino stands Tuscany’s third classic home for Sangiovese, Montepulciano. While not as famous as Brunello di Montalcino or Chianti Classico, the best wines made here, titled Vino Nobile di Montepulciano , are “noble” and delicious indeed. Confusingly, Montepulciano is also the name of a grape, most notably grown in Abruzzo. When reading a wine label, know that Vino Nobile di Montepulciano is a Tuscan wine made from Sangiovese, while Montepulciano d’Abruzzo is an Abruzzese wine made from Montepulciano. 8. A SWEET SURPRISE — The dessert wine “vin santo” is a Tuscan specialty, vinified from grapes dehydrated on straw mats or strung from rafters for several months post-harvest. While most vin santo wines are made from the white grapes Trebbiano Toscano and Malvasia, the rarest of these sweet wines are made from Sangiovese and labeled “Occhio di Pernice,” or “eye of the partridge” for their reddish hue. 9. AN EXPAT IN CORSICA — While Sangiovese’s roots run deep throughout Italy, the grape does have other homes. One such place is the French island of Corsica , where Sangiovese, under the alias Nielluccio, is the most important red variety. Historians hypothesize that Sangiovese first reached Corsica’s shores around the 14th century when the island was ruled by the Republic of Genoa. 10. CAL-ITAL — In the early 2000s, the “Cal-Ital” movement of California vintners pushed for the planting of Italian varieties in the Golden State. Among those grapes was Sangiovese, which first arrived in California by way of 19th century Italian immigrants critical to the early successes of the American wine industry. While less than two-thirds of the acreage devoted to Sangiovese in the mid 2000s survives today, a number of producers still champion the grape, from Santa Barbara to Sonoma to the Napa Valley . — Bryce Wiatrak Have you enjoyed a sip of Sangiovese recently? We can’t wait to hear what you think! Scan the label or search by name to add your tasting notes on Delectable. 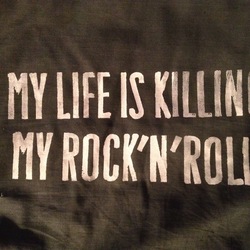 This is young, but still lovely. Quite smooth with a finish of acid and tannin. Can tell it is California as it's a bit forward, but its rooting feels classic. — 5 years ago

with Lynne
Anthony liked this Dark, earthy, musky herbs, and some smoky Brett. So savory. Chewier, less linear tannins than CC. I feel like there's some tasty Sangiovese fruit underneath all the earth and funk — 6 years ago

For $19 Euro, this 2007 was a great find while on holiday in San Gimignano. Had this with Italian Pizza. It was wonderful. Robust but one of the smoothest Nobile I've ever had. Going back to find another bottle! — 4 years ago 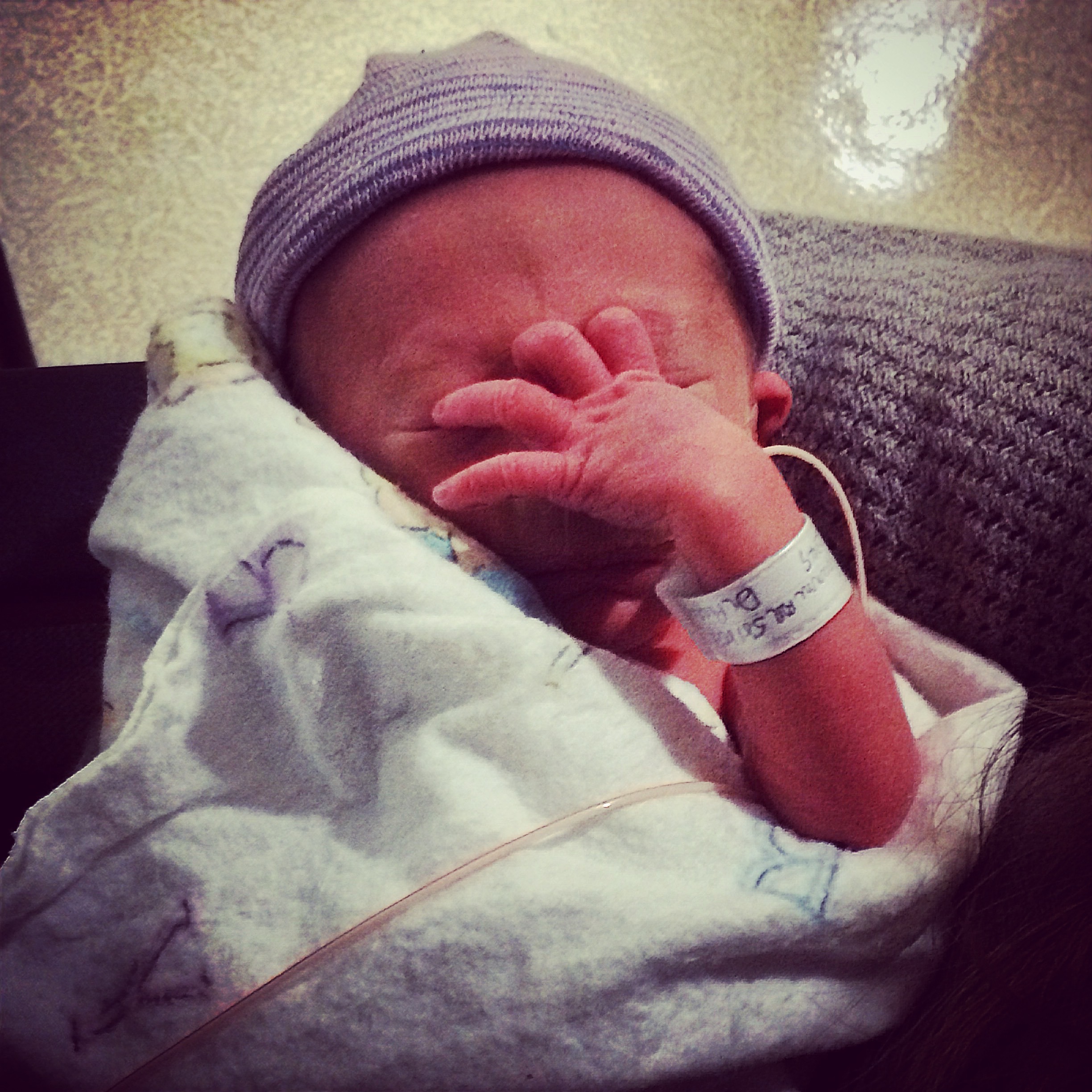 Tom, Daniel and 11 others liked this 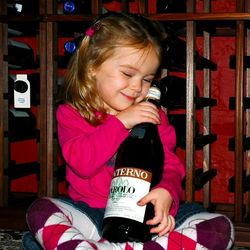 Deeply impressed today by the utterly classic 2013 Felsina Rancia - Earth-driven dark red fruits, dried flowers, leather and dusty spices greeted me on the nose, followed by an intense yet structured palate. There's so much depth here that's likely to take decades to unfurl. I can only image how much fun it's going to be to follow this wine. I'll be hiding a case in the cellar for the long haul. — 5 years ago

Antonio, Serge and 20 others liked this

Nice to read! I bought this vintage to cellar it some decades since it's the year we got married.

Winery is located in the heart of Chianti Classico in the valley which lies south of the town of Panzano and is called the "Conca d’Oro" (the golden shell) because of its amphitheatre shape. Aromas of dried fruits and oak notes from 24 months of aging. On the palate sweet cherry flavors with tobacco and floral tones. Fine dusty tannins, well balanced, long finish ending with earthy mineral character. Pricy but one of the best I’ve tasted. — 4 years ago

Bryce and David liked this 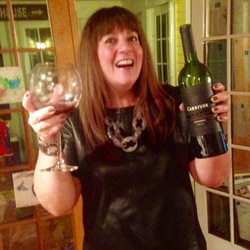 Yum! Tasted like a cab franc/chinon to me. Little vegetal funk, light to medium bodied. Pairs well with an array of foods and also drinks nicely on its own. — 5 years ago

Had it November 2008.Amber, thick, syrupy. Scents of hazelnut, incense, liquorice and plenty more stuff.Beyond any description the mouth. Very thrilling. Endless.😱😱You can't compare it with anything else. — 6 years ago

Jim, Mike and 6 others liked this