Montefalco 101: Inside Umbria’s Red Powerhouse Right in the center of Italy’s map, somewhere mid-calf, I suppose, stands the town of Montefalco. Its history is rooted in ancient times, continuously occupied by the Romans, the Lombards, the Holy Roman Empire, and eventually the 5,700 residents who call it home today. Montefalco is a fortified city, its walls erected atop a hill among the Appennine Mountains, and inside its bounds you’ll find stone-built Romanesque architectural marvels and brightly colored Renaissance frescoes. In a way the town of Montefalco emblematizes its greatest export: Sagrantino di Montefalco . Like the village’s walls, Sagrantino too puts up an astonishingly austere exterior – its tannic structure at first seems impenetrable. But with time in the glass, or years in the cellar, Sagrantino di Montefalco reveals a rustic purity – its flavors nuanced and perfumed. Whereas Orvieto is the signature white wine of Umbria , Sagrantino di Montefalco is the region’s most utterly idiosyncratic red, cultivated from a grape that is almost only found here. Sagrantino di Montefalco Sagrantino’s origins in the Montefalco area are cause for debate. The most recent scientific studies ascertain that the variety is indigenous to the region, but local lore has long believed Sagrantino to be of Greek birth, brought to Umbria by Byzantine monks in the Middle Ages. The name, too, has brought about several etymological theories. Some attest Sagrantino derives from the Italian word “sacro,” meaning “sacred,” or “sagrestia,” meaning “sacristy” – both referencing the wine’s potential use in the church. Others point to the word “sagra,” meaning “feast” or “festival,” implying celebratory enjoyment. Regardless of Sagrantino’s beginnings, a wine bearing its name has been documented since the late Sixteenth Century. Historically, Sagrantino was made into a “passito” wine – a sweet product vinified from air-dried grapes. While that tradition remains, the last four decades have seen Sagrantino’s dry red wines surpass their sweet counterparts in popularity – thanks to the innovations of high-quality producers such as Arnaldo Caprai. As recently as the 1960s, the grape neared extinction in Umbria, the only place on earth where it is widely grown. Sagrantino di Montefalco was granted DOC status in 1979, and was upgraded to DOCG in 1992. Liù Pambuffetti, proprietor of Scacciadiavoli notes, “Sagrantino is perfectly adapted to the Montefalco territory because of the geological and climatic characteristics, and because the people who have lived here for centuries know how to cultivate it; the human factor is very important." Sagrantino is not an easy grape to grow – its thick skins give way to late ripening. The advent of climate change also poses challenges, causing sugar levels to rise before the grape necessarily reaches full phenolic maturity. Yet Montefalco’s terroir provides an environment for Sagrantino to thrive. The vineyards blanket the hillsides of the Appennine Mountains, and the warm summer temperatures are moderated by the Tiber River, which flows just to the west. If Sagrantino di Montefalco had to be summarized in a single word, it might be “tannin.” The sheer tannic intensity of these wines feels almost shocking, an austerity that in some expressions makes Cabernet Sauvignon appear like David next to Sagrantino’s Goliath. The tightly coiled structure merits long-term ageing, and when served young necessitates decanting and a steak served alongside. Once you look beyond the tannins, however, Sagrantino impresses with a striking and seemingly contradictory delicacy of flavors and aromas – violet, white pepper, dried sage, and graphite. This contrapuntal balance between severity and nuance is what makes Sagrantino di Montefalco both polarizing and alluring. Montefalco Rosso While Sagrantino di Montefalco is a monovarietal product, a handful of other grapes are grown in the region, bringing about a greater diversity of wines. Sagrantino takes a supporting role for Montefalco Rosso. Instead, these red blends are dominated by a required 60-80% Sangiovese , grown more famously in Tuscany, due west. The wines echo those of nearby Chianti Classico , with their tart acidities, sanguine character, and dried herbaceous flavors. Yet, they’re tinged with a local flair in the presence of Sagrantino, a compulsory 10-25% component, and the grape’s brooding tannic grip becomes particularly palpable in higher concentrations. Winemakers may also opt to include up to 30% additional red varieties, both indigenous and international. The White Wines of Montefalco Montefalco’s output doesn’t stop with reds. In fact, three white wine appellations either overlap or fill the same boundaries as Montefalco Rosso and Sagrantino di Montefalco – Montefalco Bianco, Montefalco Grechetto, and Spoleto-Trebbiano Spoletino – as well as Colli Martani, which engulfs the entire area. Montefalco Grechetto is, unsurprisingly, focused on the Grechetto grape – which serves as the secondary variety in the more famous white wines of Orvieto. Montefalco Bianco and Spoleto-Trebbiano Spoletino, instead, are grounded by the Trebbiano Spoletino variety. This indigenous Umbrian grape should not to be confused with the near countless number of other Italian varieties bearing the name “Trebbiano,” including Trebbiano Toscano, Orvieto’s primary ingredient. The grape has only recently been championed in the last decades, and its wines range from taut, steely versions to expressions of greater breadth and ripeness. — Bryce Wiatrak Have you ever tried any Umbrian wines? We can’t wait to see what you’ve been drinking. Scan the label and rate your favorites on Delectable!

A spicy, inky Sagrantino from one of Umbria’s most iconic producers. Despite the intense tannic breadth, there’s a suaveness to the texture, especially as the wine opens up. Ripe flavors of red plum and raspberry liqueur expand on the mid-palate, greeted by wilted sweet herbs and a stony bitterness. Fleshy, yet structured and lingering. — 4 years ago

Mike, Mark and 13 others liked this

Dawn, Daniel P. and 13 others liked this

Over the course of a few hours, this wine has transformed from a pillar of austerity to a thing of beauty. A riper expression of Sagrantino, the delicacy of flavors - dried rose petal and lavender - prove a fascinating juxtaposition to the firm backbone of tannin that grows chalkier and more brittle with time in the glass. Kirsch, graphite, and rosemary. — 4 years ago

Dawn, Mike and 10 others liked this

Dawn, Severn and 10 others liked this 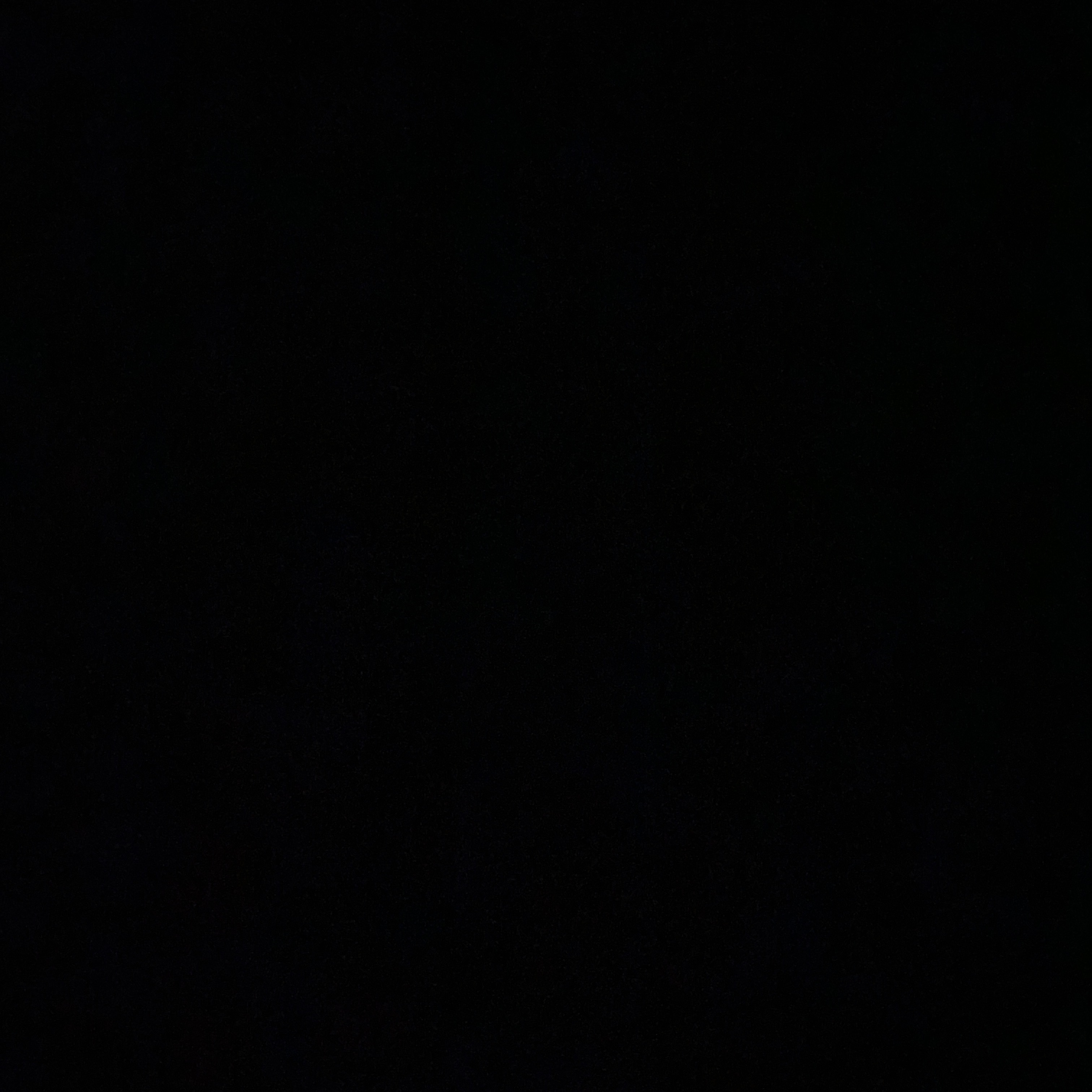 Deceptively transparent in color for its sheer tannic grip. The wine continues to blossom with air - expanding on the mid-palate to flavors of dry, cut stones, white pepper, dried sage and violets, jasmine, and black sesame. A pleasant amaro character brings a pointedness to the finish. Intense, yet intriguing. — 4 years ago

Mike, Stuart and 9 others liked this

A more dark-fruited expression of Montefalco Rosso. Black cherry, blackberry, licorice and wilted rose. You can sense the velvety caress of the 15% Merlot, but Sangiovese’s herbaceousness leads the charge at 70%. The remaining 15% is reserved for the native Sagrantino. Kirsch, charcuterie, salt and pepper. — 4 years ago

Daniel P., Severn and 10 others liked this

While Montefalco earns most notoriety for its intense reds, a handful of white wines also leave its boundaries. This one from Scacciadiavoli comes from 50% Grechetto, and 25% each of Trebbiano and Chardonnay. While more reserved on the nose with gentle white florals, the palate finds a steely, acidic breadth that electrifies the wine - lemon juice, almond skin, acacia blossom, white rose, pears, and salt. Gripping and lengthy. — 4 years ago

Daniel P., Brian and 11 others liked this