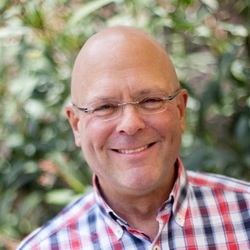 #2006 #Kasel #Nieschen #Riesling #Auslese #Goldkapsel--over the past year or so we've been opening numerous 2006s, remaining in our stocks, and we've been very pleased with their developments. The once-domineering #botrytis has become beautifully integrated, and they are showing a very attractive harmony between acidity and sweetness... the hallmark of any great, age-worthy #Riesling. The one aspect I found so beguiling with this 2006 was its subtle elegance and grace like a pretty ballarina. — 4 years ago

LM, Eric and 8 others liked this

#Rieslings from the #Rheingau region produced in the legendary #1976 vintage are still going strong as was recently proven by this little bundle of joy from a half bottle, no less--that's the good news--sadly this estate closed its doors following the '96 vintage, which makes treasures like this lovely Kiedricher Wasserrose #Beerenauslese all the more precious! #goldkapsel — 5 years ago with Petra
Marc, Gary and 16 others liked this

Sure--1976--a year that we all equate with spectacular late-harvest #Riesling, but did you know that Drew Langley of #PROVIDENCE in L.A. was born that year? #BA #Goldkapsel Now he's what you call a FUCKING RIESLING FREAK!!! — 5 years ago with Alex and Petra
Alex, Christopher and 5 others liked this

Anthony and Daniel P. liked this

Fred #Prinz is one of those multi-talented winemakers that can do it all: dry, off dry, sweet, sticky and reds.This remarkable late harvest #Riesling, which is borderline Auslese, has an almost creamy consistency with a lengthy honeyed finish that is not at all cloying--a magical wine! #2007 #Jungfer #spätlese #goldkapsel — 5 years ago

Chris, Louis and 11 others liked this

A bottle from the old days when terms such as "#feine", "#feinste", "#hochfeine" etc. were used to describe greater levels of sweetness and concentration in #German #Rieslings. However, in the wake of the 1971 German wine law, producers have replaced such nomenclature with #Goldkapsel, #Weissgold, #LangeGoldkapsel etc. as well as the equally confusing, non-standardized star system to indicate gradations of sweetness. I like the old system, but I can also read German so the new system in ultimately easier for consumers who cannot understand the language. Either way, the answer is in the bottle and this #1966 recently rocked our Riesling World in LA! #Loosen #ErdenerPrälat — 5 years ago with Petra and Wietske
Scott, LM and 10 others liked this 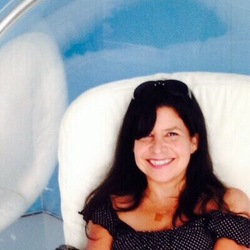 with Alex, Veronica and 4 others
Anthony, Velma and 3 others liked this

Here we have one of the very finest #Rheingau estates, which is consistently producing pristine #Rieslings and doing so by 100% #organic/#biodynamic farming methods. This #2012 #OestrichLenchen #Auslese #Goldkapsel is a marvel of richness and structure... an impressive array of ripe flavors enhanced with delicate amounts of #botrytis that stood up beautifully next to our chocolate/rhubarb #dessert! — 4 years ago

LM, David and 8 others liked this

The bigger, riper vintages of the past decade are evolving beautifully such as this delicious '07 #Rheingau #Kabinett. Yes, it was definitely acting more like a #Spätlese, but given its perfect balance no one was complaining...the bottle was empty before we knew it...that is what Germans call: TRINKFLUSS! #Auction #Goldkapsel — 5 years ago

with Petra
Michael, Marc and 7 others liked this

This uncannily fresh & youthful '83 #Dönnhoff #Riesling #Auslese #Goldkapsel totally stumped me when it was served blind--could've sworn it was late '90s or younger--another indestructible, delicious old Riesling--WOW! #Hermannshöhle — 5 years ago with Petra, Paul and 3 others
Louis, Velma and 16 others liked this