They use it to christen the bows of ships before a maiden voyage. It’s the first thing a newlywed couple will sip, as they toast and lock arms. Its corks fly as the ball drops to ring in each New Year. What are we talking about? Sparkling wine – and sometimes a glass of its bubbly goodness is cause for celebration enough. From the iconic vineyards of Champagne to Prosecco , Brazil’s Rio Grande do Sul to Australia’s Tasmania , German Sekt to Spanish Cava to California sparklers, nearly every corner of the wine world has its own take on this vinous fizz. Test your knowledge of all things sparkling with these ten essential facts. 1. While Champagne has become synonymized with sparkling wine in today’s vernacular, in actuality Champagne is a place. Only sparkling wines cultivated from the chalk soils of this cool northerly French region, just east of Paris, can call themselves true Champagne. 2. There are a lot of ways to get bubbles inside a bottle of wine – the most basic examples are injected with carbon, just like Coca Cola. But, the most prestigious form of production is the “Champagne Method,” also referred to as the “Méthode Champenoise” or the “Traditional Method.” After being vinified like a normal still wine, Champagne undergoes a secondary fermentation in bottle. Carbon dioxide is a byproduct of fermentation, and in a sealed bottle it has nowhere to go – giving rise to bubbles. In fact, the pressure from dissolved carbon dioxide inside a bottle of Champagne is said to be roughly three times as powerful as the pressure in a car tire. 3. Just like the carbon dioxide, the yeasts that make the bubbles possible are also trapped in the bottle. How do wineries get rid of them? They use a method called riddling, first pioneered by Veuve Clicquot in the early nineteenth century. To riddle a wine, bottles are inserted neck down into an A-framed riddling rack, or “pupitre.” Each day the rack is widened and a riddler rotates the bottle a quarter-turn. This process is repeated for several weeks until all the sediment reaches the neck of the bottle, at which time it is frozen and “disgorged.” While select Champagnes are still riddled by hand, a number of producers use the mechanized “gyropalette” which can complete the process in as quickly as three days. 4. Brut Nature? Demi-Sec? Extra Dry? Sparkling wines come on a broad spectrum of sweetness, the most common being Brut – meaning “crude” or “brutish” in French for its intense perceived dryness. The sweetness of a Champagne is actually determined as the very last step in the traditional sparkling winemaking process. After a wine is disgorged, the “liqueur d’expédition” or “dosage,” a mixture of sugar and wine, is used to fill up the bottle. The amount of sugar in the dosage decides the final sweetness of the sparkling wine. 5. While bubbles have been born from almost every grape variety, the three classic sparkling wine grapes, those used in Champagne, are Pinot Noir , Pinot Meunier , and Chardonnay . While Pinot Noir and Pinot Meunier are both red, they can be vinified into a white wine if provided no further skin contact once pressed. The three varieties are often blended together, but a sparkling wine made exclusively from white grapes is referred to as a “Blanc de Blancs.” Conversely, a “Blanc de Noirs” is a sparkling wine derived exclusively from red varieties. 6. “Champagne! In victory one deserves it; in defeat one needs it,” Napoléon Bonaparte supposedly once said. During his reign, the Napoleonic army would visit several of the top Champagne houses and using their weapon of choice, the saber, they’d slice open the bottles. From this practice, the showmanly tradition of sabering Champagne was popularized. 7. Italians offer two classifications for the bubbliness of their sparkling wines: “frizzante” and “spumante.” Wines labeled “spumante” are fully sparkling in the traditional sense, while bottles categorized as “frizzante” are only gently fizzy. Franciacorta and top-shelf Prosecco are typically “spumante,” whereas Moscato d’Asti and Lambrusco are more often “frizzante.” 8. People often turn to the Italian sparkler Prosecco as an affordable alternative to Champagne. Since 2014, Prosecco has outsold Champagne by volume in the United Kingdom, historically Champagne’s most important export market. Prosecco, however, bares little resemblance to Champagne beyond the bubbles. While still delicious, Prosecco is produced from a different grape (Glera), with a different production method, and is often made a bit sweeter, complementing the wine’s floral aromas. 9. A better bargain analog to Champagne would be Cava, Spain’s signature sparkling wine. Cava is also crafted from the Champagne Method, and while Pinot Noir and Chardonnay can both be used, top producers have focused their attention to three indigenous Spanish varieties - Macabeu, Parellada, and Xarel·lo. Cava can be made in pockets across Spain, but the best examples come from the town of San Sadurní d’Anoia in Penedès, Catalonia . 10. Champagne has been poured into many different drinking vessels over the years – from the short, wide-lipped coupe (which legend, likely falsely, tells to be molded from Marie Antoinette’s breast) to the ever-popular tall, lean flute. But the wine world finds itself mid-revolution regarding the proper stemware for sparkling wines. Several attest that a standard white wine glass better presents a sparkling wine’s aroma, even if it loses the visual effect of bubbles creeping up the side of a flute. For older or more full-bodied bubbly, some even suggest the larger, more bulbous Burgundy glass. — Bryce Wiatrak Have you popped open any delicious bubbly? We’d love to see your favorite sparklers. Scan the bottle or search by name to add your tasting notes on Delectable!

Rodolphe Péters took over the reins of this venerable estate in the southern Côte des Blancs in 2008, becoming the fourth generation to lead since the estate was founded in 1919, under the name Camille Péters. 100% Chardonnay, Crisp, fine mousse with steady flow of bubbles. Citrus, herb and biscuit aromas. Fresh fruit flavors of peach, apples and lemons, smooth and dry. Lingering mineral finish ending with elegance. Nice! — 4 years ago

James, David and 4 others liked this

An old half bottle- among the first with a government warning and before even the days of Remy importing the Champagne. @Garth Hodgdon and I are both guessing released around 1989 and perhaps based on a late 70's harvest. This still had a touch of pressure and almond like complexity to spare. Big acid on the back end will keep it going for a long time! — 6 years ago

Tom, David and 26 others liked this 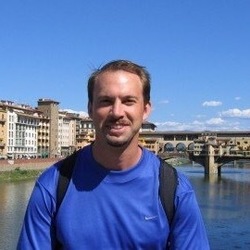 Beautiful, refreshing and serious Prosecco that flourishes with an assortment of precise green and red apple, pear and citrus flavors and lively depth to its performance. — 6 years ago

with Naoko and Larry
Ceccherini, Ron and 3 others liked this Tasty blend of Pinot Meunier, Pinot Noir, and Chardonnay from England's South Downs. Masterfully made, showcasing tart red fruits and mandarin acidity with a ripe red complexion balanced by and edgy structure and ample savor. Delicious and engaging -a wine well worth the price of entry level Grower Champagne. If only this family owned endeavor were accessible here at home. — 6 years ago David, Sbragia Family and 2 others liked this

Fresh as a daisy bringing white flowers and freshly squeezed grapefruit juice to the centre palate. Great lift, lively mousse and a steely finish. Always a winner. — 7 years ago

Carla, Roel and 10 others liked this

Sofia, Trixie and 14 others liked this

Chris, Riddley and 3 others liked this 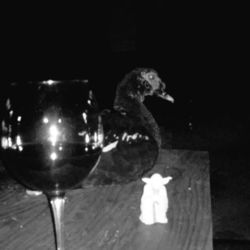 Delicate aromas of apple and bread dough, with hints of ginger and white pepper. Bright and fresh on the palate, with citrus and green apple flavors, great acidity and a minerally finish. A real treat! — 6 years ago

MICHAEL, Veronica and 3 others liked this