Lithe structured and plummy cherry fruit by the fistful. The finish is for days. I could taste it even after a vanilla milk shake dessert. — 9 days ago

Severn, Ted and 4 others liked this

Severn, Clive and 1 other liked this

Clean and Crisp...Very Enjoyable! — 15 days ago Chard, Chenin and PN. — a month ago

David, Douglas and 1 other liked this

Seems rough and green today not my favorite. Cherry dusty. Rough to try at this point. — 4 days ago

Ira, Rob and 8 others liked this

Vibrant and clean. Strawberries and lemon zest on the nose. Raspberry, lemon and sour apple flavors. Light on the minerality with an extremely smooth finish. Great QPR! — 22 days ago

Clive, Paul and 1 other liked this 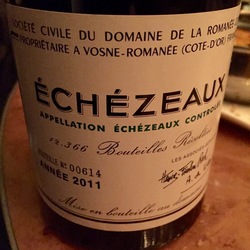 A beautiful bottle from this terrific vineyard. Showing both elegance and richness that just floats on the palate. Both black and red fruits, smoked bacon, minerals and hints of earth. Finishes with excellent length and intensity. — 10 hours ago

Arden, Jae and 2 others liked this

No. 5 of 9 in the Gevrey Chambertin Grand Cru bracket. Tasted blind. Showing that Gevrey Chambertin earth and muscle (even though ended up being a Charmes which gets a little less sun than Le Chambertin to its north). My notes: Cherry, Liquorice, Tar; palate staining intensity - sweet, picked later in the season? Quantity produced down as Gevrey C hit hard by the frosts. Liked this a lot. — a month ago 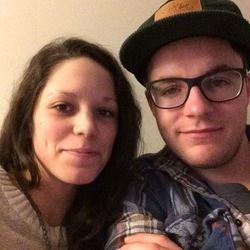 Very smooth no tannis — 18 days ago