2020 vintage. A dry Muscat from the Languedoc. As Muscat smells like sweet fresh grapes one tend to expect a sweet wine in the mouth, which seems to confuse many people. This is a very good one though, and a perfect match for the white asparagus from Blaye in my region. Intensely aromatic, with good freshness and attractive structural bitterness in the finish. Abv. 13%. — 3 days ago

Peter and Josh liked this

This is so pretty and drinkable. Dry and delicately perfumed.A blend of “4 Noble grapes” (Riesling, pinot Gris, gewurz and muscat). Soft orchard fruit, floral notes of blossom and not overbearingly spicy. It’s springtime! 💃🕺🏼🐥🌼🍑🍇🍐🍎🍋🥗💕Great with my daughters’ chicken/mango salad. — 14 days ago

Peter, Chris and 9 others liked this 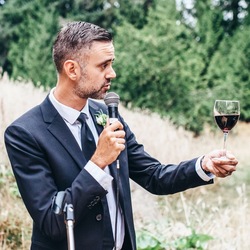 Loved this wine. Super floral, so pretty. Had a touch of RS, which was absolutely perfect with Mexican. This wine would pair well with a lot of different types of cuisine, and the price is right. Pairs like Riesling. — a month ago On the leaner side with some black currant and gravelly, savoury notes. Fresh, airy, with a slight whiff of green pepper. On the palate this is light but with presence, fine & dusty tannins and beautiful juicy acidity. I was expecting a bit more on the mid palate but this has poise, precision & complexity which more than makes up for it. Haut-Bailey rarely disappoints and this just proves it! — 3 days ago

Alex, Ericsson and 5 others liked this

Similar notes to 118 weeks ago. A dirty mid Orange/Tangerine in colour - a little cloudy. Aromas of apricot and mouldy orange. Skinnsy apricot flavours with mild acid. A skins contact white wine fermented in clay amphora in the ground. We visited there a few years ago in Sicily. Finishes with a trace of bitterness from the skins. Natural wines - when they get them right they can be quite good but having just done a week of vintage in Coonawarra at Bellwether - you need to take risks with natural wine. — 4 days ago

Severn, Daniel P. and 16 others liked this

Project Oenos Nature Muscat d’Alexandrie 2018Organic & Natural, slightly cloudy in the glass and very fresh & quite expressive in the nose with fresh apples, a touch of cider, rose water, fresh lychee and a whiff of sea breeze. On the palate this is light, lively, joyous, dancing with fresh apples & rose petals. This is a very nice natural Muscat from Limnos, displaying joyously the characteristics w/o becoming too clumsy. A very nice one! — 20 days ago 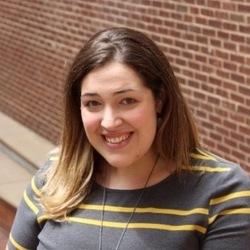 A little creamy and fruity in the nose. Nice minerality. Perfect for outdoor summer drinking! — 19 days ago

Pajarete or Paxarete is a traditional sweet wine from southern Andalusia. Historically, such wines came from the Pago de Pajarete, an ancient vineyard site in the Sierra de Cádiz, coveted for its wines since at least the 16th Century. Located about 38 miles north east of Jerez, Pajarete’s vineyards were devastated by phylloxera at the end of the 19th Century and never replanted. But growers in the neighboring province of Málaga continued using Pajarete’s name to describe wines made in this style. This Pajarete is a blend of Muscat of Alexandria and Pedro Ximénez, sourced from vineyards in the Axarquía and Montes de Málaga subregion on slate soils. The Muscat comes from Axarquía, closer to the coast, while the Pedro Ximénez from Montes de Málaga, further inland. They are vinified separately and blended together after fortification. After blending, they are oxidatively aged in old American oak botas for an average of 5 years using the solera system. Expressive nose. Candied fruit, caramel, wood. Smooth, balanced. — 9 days ago 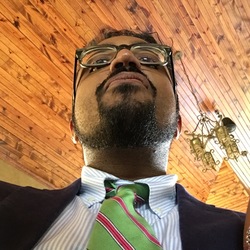 Super juicy and bright, just want to chug it down. A little grapefruit, green apple, white flowers, and California sun vibes — 25 days ago

Douglas, Ira and 4 others liked this Hello Hungary. Think Huet Chenin Blanc minus a few tics of complexity- but not that much. Thick mouthfeel, white blossoms & peaches on nose, more on palate with a lovely spine of acidity. Furmint has arrived. Damn. Oh and about 20$. — a month ago with Owen
Timmer, Severn and 2 others liked this