with Brenda
Brenda, Shay and 16 others liked this

I’ve been drinking these wines for 20+ years. As much as I’ve been enjoying drinking 1990s. They’ve really hit their stride in the last 20 years. Little age these wines truly shine . Great tasting @Tom Garland 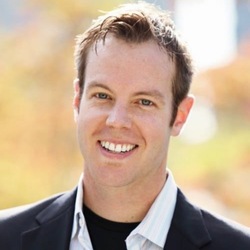 The 2004 Seavey Merlot is showing marvelously now at the fifteen year mark. Aged in 40% new French oak, the wine is a silky blend of 75% Merlot with the remainder Cabernet Sauvignon (15%) and Petit Verdot (10%). The earthy tones aromatically are really nice, as this shows dusty terroir that has settled with the black fruits and black tea aromas that all come together in the glass. The palate is soft, rich and downright elegant. Black fruits collide with shades of creme de cassis and mocha, with the lovely damp terroir terroir that round out this beautiful palate. This is absolutely singing at the fifteen year mark but has another ten years left. Drink 2019-2029- 92 — 4 months ago

P, Shay and 16 others liked this

Of the Napa wines I tasted over 4 days on this trip, the 16 Sinegal Reserve & the 13 Seavey Cabernet were my favorites. Both great wines but, stylistically very different. The Seavy big and bold and the Sinegal pure beauty & elegance.The nose reveals very dark currants. Dark & milk chocolate. Blackberries, creamy black raspberries, black plum & plum, mocha powder, core of anise, beautiful dark spice, soft volcanic soils, some dry brush and lavender, violets and fresh dark red florals. The body is full. The tannins are really meaty but, exceptionally soft, fine and meaty. Lots of dark spice with plenty of heat. The mouthfeel is gorgeously sexy with feminine elegance. Dark & milk chocolate. Blackberries, creamy black raspberries, black plum & plum, mocha powder, core of anise, beautiful dark spice, big sweet tarry notes, soft volcanic soils, some dry brush, lavender, violets and fresh dark red florals. The acidity is perfect. The finish is well balanced sexy and gorgeous. The structure, tension say this needs to cellar eight to ten years. Photos of; tasting cellar area, modern stainless tanks, outside terrace tasting and or dining area and their grounds and lake. Producer history and notes...Sinegal Estate was founded in 2013 with wines made from their 30 acre Inglewood estate in St Helena (not to be confused with the Inglenook Estate in Rutherford). This is not a new property, it was part of an original land grant and its more modern day history dates back to 1879 when owner Alton Williams purchased the property and planted the first vines in 1881.The property has changed owners a number of times over the decades. At one point the Jaegers’ owned the estate, Bill Jaeger and his wife Lila lived here. These Napa Valley pioneers were in part responsible for helping establish Freemark Abbey and Rutherford Hill. Lila was also a gardener and established beautiful gardens on the property.Owners, David (father)and James (son) Sinegal purchased the property in 2013. James was the co-founder of Costco and once CEO. David worked at Costco for 21 years.After the purchase, David divided each of their vineyards into smaller blocks, picking selectively (30 times in 2013) rather than all at once, and adding technology to the vineyards so they have up to the date reports on a number of data points including temperatures, soil moisture and various barometric pressures. If they want to selectively water, say vine #67 in row number three, they can do so with their irrigation system. Extremely efficient!Nine acres of vines are planted to various red varietals including; Cabernet Sauvignon, Cabernet Franc, Malbec and Petit Verdot. They have some of the older Cabernet Franc vines in the valley that are 30+ years old.The soils here are diverse and can vary even within small geographic ranges on the property. Some of their vineyards are planted on the valley floor – while their upper vineyards are hillside, on the edges of the Mayacamas Mountains.Their landscape above the property is interesting and part of the Mayacamas Mountains. Visually, it appears drier than other parts of this mountain range and the vegetation reflects that with grey pine and more open natural vegetation rather than the thicker wooded vegetation more commonly associated with parts of Spring and Diamond Mountains to the north.After purchasing the property, David created planned and laid out his vision to create a world-class boutique wine making operation. Many wineries in the Napa Valley can take years before they come to fruition, not so here. After only about 10 months, the existing winery was remodeled. 6,500 feet of caves were expanded and drilled into the hillside behind the winery and a new hospitality center was built. The hospitality center ties in very well with the winery. From the small tasting room, large doors open revealing the tanks.A vegetable garden slightly under an acre grows just south of the winery building. Vegetables from this garden are sold to nearby restaurants.A skeleton key appears on the labels of their wine and is prominently displayed on the outside of their winery building. This has historical significance. The original key opens the front door to the historic home on site and is displayed in the tasting room. With respect to the history of this property, this one key has already become iconic to the brand.You only need to look inside of the winery to see that their wine making team is focused on quality. Each of the small lot tanks have built in pumps which can be controlled and programmed to do pump-overs anytime of the day or night. In addition, these tanks have multiple points at which the temperature can be controlled. These tanks do not necessarily handle all their fermentation’s. They also ferment small lots in puncheons and barrels as needed. Control across the board is the key here and it is the control of the details in wine making that is is so integral from when the fruit first arrives through to when it is bottled.2013 was their inaugural release. The focus is currently on two primary varietals, Sauvignon Blanc and Cabernet Sauvignon. The 2013 Sauvignon Blanc were sourced from the estate but, then it was determined it was growing in an area better suited for red varietals so it was torn up and new plantings were made in the back of the property. While not far from these original plantings, their new home for their Sauvignon Blanc features different soils and is growing in a cooler part of the property.The wine making team has been experimenting with the style of this varietal since 2013 with subsequent vintages seeing more oak. Especially, using the slightly longer cigar shaped barrels , which have extra surface area for maximizing complexities including textural feel imparted from aging the wine on the lees in these particular barrels. Maceration on the red wines is often 8-10 days and sometimes up to 20 days.Most of their sales are direct to visitors or through their mailing list. However, they do have some distribution outside California in Florida, New York and Washington. Primarily to restaurants. — a year ago 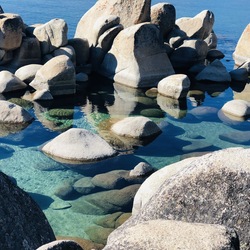 Smooth sweet black fruit and dirt. Great 👃 — a month ago

Brandon, Sharon and 20 others liked this

I like the style of their wines. Especially, with this kind of age.

Shizzle! Best Cab I’ve had for some time. Super balanced. Long distance runner and short sprinter rolled up into one. — 2 months ago

Tom, Severn and 17 others liked this

Nice. Didn’t get to that one last time. Need to try it! 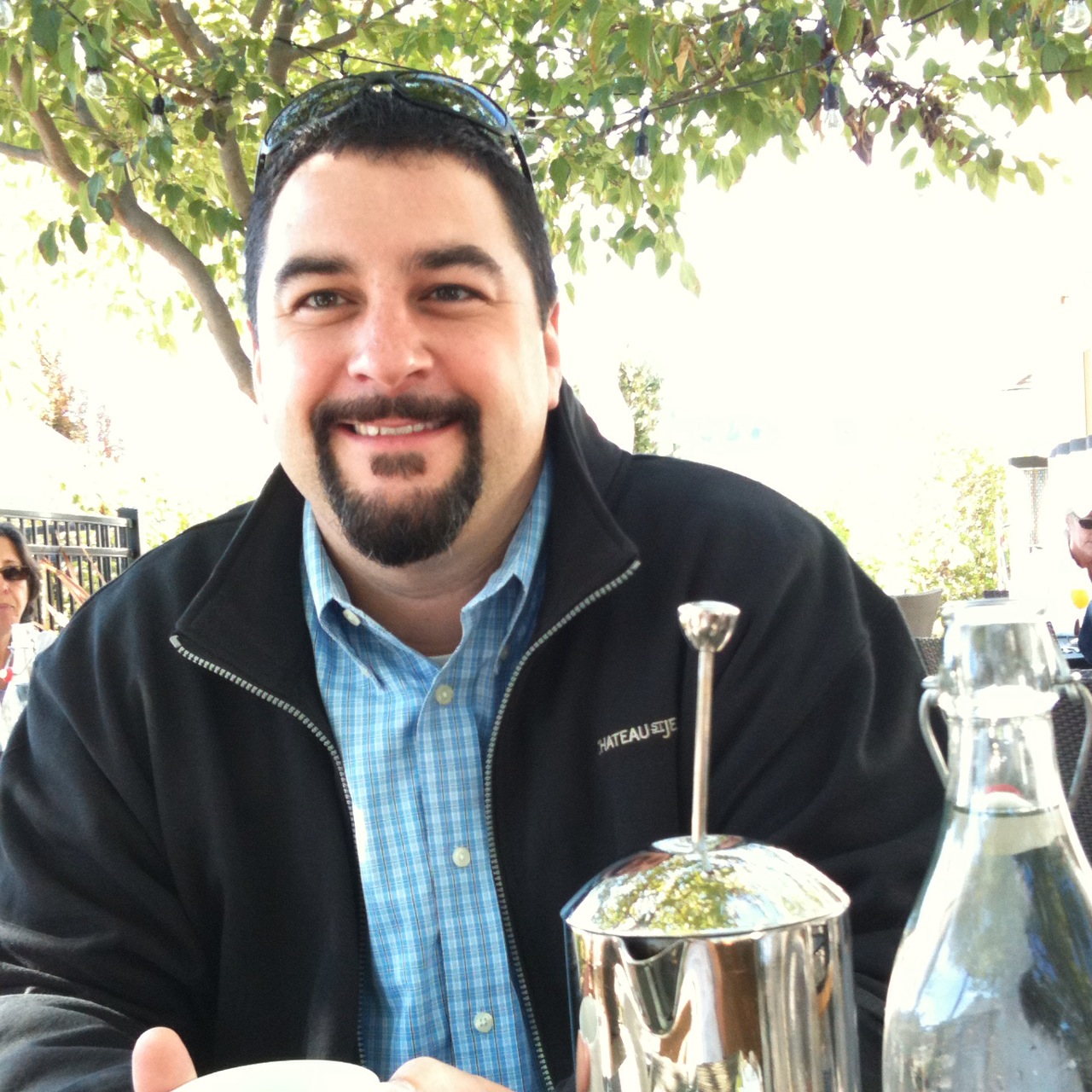 Just at the front of its window, with numerous years of good drinking ahead. Great nose, followed by dark fruits balanced with some savory background notes of mineral and black tea. Tannins are fine and provide length on the finish. Excellent. — 7 months ago

Shay, Robert and 2 others liked this

Not much age between the Napa wines in the 15-wine lineup tonight. An 06 Bucella, a 74 BV Georges Latour, a 95 Seavey, a 2011 Wm. Harrison, and this one. This one won the "youthful ager" award of the night. Decanted in a swan-neck decanter, this wine had immense fruit forward notes and spice. Edges had rounded nicely. This wine was dark, full bodied, dense, and tasted like a 2010 or 2012. Excellent wine. The finish was still a bit tannic although an hour in the decanter really did help to elongate the finish. With the way this one was drinking tonight, this one has probably 10-20 years ahead of it. Drink or hold! — 3 years ago

Paul, David and 21 others liked this

Cheers David. Credit for the background goes 100% to my wife lol.

Big fan of their wines with age!

A must try wine! Dark red and cloudy in color. Black fruit, forest floor cedar/smoke and lingers currants and eucalyptus on the nose. But a burst of raspberry fruit mocha on the taste, graphite and grippy tannins. Can definitely age plus 10 years! Watching the movie El Camino with this terrific wine! — 3 months ago

with Karin, Franca and 1 other
Jill, Paul and 8 others liked this

@Eric Shanks : Ask for Julio. He’s a friend. Known him for a few years and he set us up with a great tasting this past Feb.

One of two ‘99 vintage Napa cabs I’ve had recently (the other being Seavey) and this was a step or two behind. The fruit is all stewed and muddled...mainly dusty blackberries and old puréed red fruit. There is a distinct cocoa dusted dates note in the middle of this wine and even some old graham cracker. The fruit is even slightly tart on the palate (underripe plum, older currant), though very herbal at the finish. This was slow oxed for quite a few hours by the time I got to it, so it may have faded a bit by then. Regardless, drink up. — 7 months ago

Ryan, David and 26 others liked this

@Shay A The 99 PR Stag’s Leap was my first love of red. Back then, I drank a ton of CA Chardonnay.