Wine Journeyman and Buyer for The Alice in Omaha

My first check-in with the 2011 “Ovello”. Popped and poured. Consumed over two days. On the nose, predominately red fruited with raspberry and pomegranate, walnut, some spices, red flowers and forest floor. On the palate, red fruits, almonds, and forest floor. High tannin and medium-plus acid. Overall, this is a very serious wine and tremendously satisfying. It held up really well over the two days it was open…which leads me to believe that these have a long life yet ahead. I’m very happy to gave several bottles remaining and look forward to checking in on their development for years to come. — a day ago

Tom, Michael and 13 others liked this The best Co-op in town!

@Jay Kline Thanks for the heads up via your tasting note. I have 2 bottles of this very Cuvée in my cellar. Walter Speller has a drinking window of 2020 to 2032 FYI.

The second bottle from 1981 to kick off my 40th birthday week. The capsule freely spun and there was no sign of seepage. I did not have a Durand so I used a traditional wine key, albeit very carefully. Despite my best efforts, the cork was extracted in two pieces but I was able to get it all out! The cork itself was saturated about 3/4 of its length. Due to the large amount of sediment, I decided to decant and I believe this wine needed it. The color was a dark garnet with burnt orange rim. On the nose, tertiary characteristics were overwhelmingly dominant with olives, old leather automobile interior (it seriously reminded me of my great uncle’s ’63 Lincoln Continental), tobacco, earth, mushrooms, and black fruits…just barley perceptible at this point. On the palate, the fruit was a bit more evident but the olive, earth and tobacco notes were still predominate. Tannins at this point were fully integrated and, thankfully, the acid was quite high which kept this interesting at the end of this bottle’s life. This sat opened for several hours and did benefit some from air but I’m unsure if more patience would have coaxed something better from it. In the end, this bottle was a rather grumpy, curmudgeon of a wine and was not as charming as the 1981 Beringer Knights Valley opened alongside. One got the sense that this is the sort of bottle that people make excuses for because it’s old and therefor we should give it a pass when in fact, maybe it was merely a decent wine to begin with. FWIW, I acquired this wine from a private collection; provenance was excellent. — 4 days ago

Peter, Shay and 9 others liked this

This is always such a killer value. Swooped up on sale for $10 and this slaps with a simple meal of grilled sirloins, pork chops and asparagus. Lush, red and dark fruits, tobacco and bell pepper on the nose. On the palate, red and dark fruits, tobacco and baking spices. Medium plus tannins. Medium plus acid. Long finish. Perhaps not the most exciting but it totally hits the spot. — 6 days ago

Daniel P., Arden and 9 others liked this

The fourth bottle on my 40th birthday week was this lovely surprise pour from a Somm friend at Tasting Group. While my Delectable account doesn’t reflect it, I’ve always been a sucker for Madeira and this was flat out delicious. Candied walnuts, orange fruit marmalade, creme brûlée, figs...all of the things. So richly layered and long lasting on the palate. Just lovely. — 2 days ago

Timmer, Andrew and 9 others liked this

From a 3L bottle that I have cellared since release. I always hesitate to open these large format bottles, instead making excuses to hold them for longer since they tend to age at a glacial pace. However, we were hosting a large group of people for my 40th birthday dinner and since we were having lamb and rice, and big bottles are meant for big parties, and the world hasn’t been able to enjoy many big parties over the last 14 months, I figured WTFN. In an attempt to maximize the potential of the bottle, I pulled the cork almost 30 hours prior, a recommendation from by buddy Tim who tends to know a lot more about these things. I left the bottle in my cellar, allowing it to slow-ox. By dinner the following evening, this was absolutely singing. Gorgeous, translucent ruby color with a slight brownish rim. Ripe red fruits just ever so slightly stewed, red flowers, dry earth, and dried Mediterranean herbs. This bottle was positively bursting with energy! Bone dry. Medium+ tannin; medium+ acid. The finish was long and somewhat saline and was an absolutely sublime pairing with our Khaleeji fare. A fabulous bottle and a much better showing than the 2013 (standard format) that I recall drinking a few years back. — 3 days ago

Romain, Peter and 15 others liked this 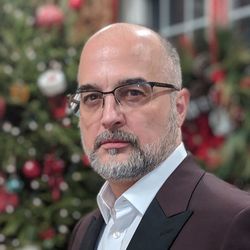 Ely, Josh and 4 others liked this

A wine I affectionately refer to as the “Goose Poop Wine”. This is a rather unique Chianti Classico in the Casa Emma line-up. The “Vignalparco” comes from a single 5-acre vineyard planted to Sangiovese that is solely managed by geese. That’s right, geese. In fact, the 2015 vintage marked the first year in which no mechanical vehicle of any kind even entered the vineyard! The geese eat insects and control weeds and grass and, of course, subsequently fertilize the vineyard. This bottle was a pop and pour, served with our meal of pasta and sausage (a tomato-based sauce spiced with saffron). A striking deep ruby color with some noticeable sediment but nothing outrageous. Medium plus intensity. Red cherry fruit, underbrush, tomato leaf, an iron-rich damp earth thing on the nose. On the palate, tart cherry, almond skin, black lime (often used in Middle Eastern cuisine), and an almost sanguine-like character. Fine tannin; medium-plus acid; a long dry and satisfying finish. This paired fabulously with our meal and, compared with their standard Chianti Classico Riserva, a noticeably different expression of the terroir. — 8 days ago

Hermes, Daniel P. and 4 others liked this

Popped and poured; consumed over two days. “Best” on Day 1 and even that’s controversial. On the nose, equal parts tart red cherry fruit and barnyard. There’s quite a bit of volatile acidity as well. On the palate, bright cherries and earth. The wine was a touch frizzante (slightly effervescent) which seems to dissipate after some time in the glass. We left a third of the bottle for later to see if some of these more feral notes might blow off. The next day, the wine shifted into something whole undrinkable with a noticeable mousiness on the finish that I didn’t detect the day before. This bottle is unstable and ultimately, a drain pour. Faults for sure...and probably flawed so no rating. — 3 days ago

Josh, Alex and 3 others liked this

The third bottle from 1981 to celebrate my 40th birthday week! From the early days of St. Clement prior to being sold to Sapporo. I used a Durand to pull the cork which was completely saturated about 3/4 but otherwise perfectly intact! Poured into a decanter to remove as much sediment as possible and I could already tell this wine was in really good shape! The color is a deep garnet with very little visual sign of age and, in fact, appeared quite youthful! On the nose, this wine comes across quite spicy with noticeable pyrazines, tobacco, red and dark fruits and a hint of baking spices. On the palate, the wine is red and dark fruited with some leather and earth but the fruit was very much a central figure and while it seemed a little thin on the mid-palate, the tannins were still quite apparent and the medium + acid proper everything up quite well. Compared to the ’81 Beringer K.V. and ’81 Silver Oak Napa Valley consumed earlier in the week, this showed better with deeper, fresher fruit and more impressive structure. FWIW, I acquired this wine from a private collection; provenance was excellent. — 4 days ago

Peter, Andrew and 11 others liked this

Congratulations Jay, nice so many birthdaywines.

Kicking off my birthday week with this, the first of several 1981 wines to celebrate my 40th birthday. Back then, Myron Nightingale was still making the wines but Ed Sbragia was already at Beringer by then so I wouldn’t be at all surprised if he has his hands on this wine. The capsule spun freely so that was a good sign. I didn’t have a Durand so I used a normal wine key but I was able to pull the cork intact…though I took it very nice and slow. The cork was saturated a little over halfway. No decanter used. Very light ruby color with a slight orange-ish rim indicating there was age but otherwise, the color was good! On the nose, this was quite a bit more youthful and open for business from the pour. Tart red rope cherry licorice, bell pepper, tobacco, leather and earth. The tannins were completely integrated and the acid was medium +, no doubt extending the life of this bottle. The finish was long and quite zippy. At sub-13% ABV, you could hardly compare it to the California Cabernet Sauvignons of today. This was opened along with the 1981 Silver Oak and this bottle showed better tonight than its fancier Napa counterpart, drinking well for several hours. FWIW, I acquired this wine from a private collection; provenance was excellent. — 4 days ago

Peter, Shay and 8 others liked this