But Is It Vegan?

Is it? Or at least vegetarian? Until I began to study the alarmingly complicated process that is modern winemaking, I assumed wine was animal lover-safe. And true, there is nothing IN your wine that is an animal product. Unless you are keen on dipping your steak into Cab to reduce tannins. But that’s your business. And also true, there may be acidifiers, added sugars, Mega Purple, carbonates and goddess knows what else that the label isn’t required to tell us about. The wine may have been centrifuged or undergone reverse osmosis. Oh, and yes, it will always have sulfites. Even if they aren’t added. That is a whole other topic though. So why are some wines not considered vegan? Mostly, it comes to fining. Fining is the addition of substances that have a different electrical charge than the thing you want to take out of your wine. Negative charged substances will bond with positively charged elements and vice versa. They coagulate and then are filtered out. Have you ever made a soup stock and added an egg white in, stirred it vigorously and then run the whole batch through a sieve resulting in a crystal clear bouillon? No?? I may be a kitchen overachiever. I’ll just be hiding in the corner behind my Vitamix, getting my jollies from the visuals in one of my four editions of The Joy of Cooking. Anyway. What I described was a clarifying technique for broth. It is the same thing as “fining” in wine. Too much astringency from negatively charged unripe tannins? Add the aforementioned egg white—which is positively charged. Egg white is a particularly common fining agent in Bordeaux. There are some veg-friendly things that can be used to fine, like Bentonite. But other non-vegan agents some winemakers use include milk, casein, isinglass(SP) and gelatin. And none of this has to be disclosed on labels. There is a little less concern if you are a vegetarian who is okay with the eggs and milk products, but you still have gelatin and isinglass to worry about. Your first line of defense is to lock yourself in a closet and make your own wine. Your second line of defense is to buy wines that don’t fine or filter. Chances are animal products were not involved. BUT! It depends how deep you need an animal product not to be “involved”. If a fertilizer contains bone meal then technically an animal product has been involved in the winemaking. Then there is the practice of burying a horn filled with cow dung in the soil to create a spray—a common biodynamic practice. I guess it depends where you draw a line. If you simply do not wish to consume animal products you are safe, as fining agents are removed. If you don’t want an animal product used in the process of anything having to do with wine, it will be tougher. And then there is the fact that a friend of mine who made wine delighted in informing me that all these factors aside, animals sometimes fall into or are scooped into the bins with grapes. In which case, you may definitely hope the wine is filtered. It’s a tricky world. I suppose the best thing is to talk to someone at the winery itself to find out all the details of the winemaking. In the meantime, if at the store and strapped for time, a source that lists many wines and whether they are vegan or not is barnivore.com . Do your research, pick your battles and try to enjoy your wine. As long as you are okay with the fact that natural or not, animals known as humans were DEFINITELY involved. ------------------------------------------------------------------------------------------------------ Want to read more from Ellen? Check out her recent articles: Classic Pairings for the Veggie Soul: Pairing Five Classic Pairings for the Veggie Soul: Pairing Four Classic Pairings for the Veggie Soul: Pairing Three Classic Pairings for the Veggie Soul: Pairing Two Classic Pairings for the Veggie Soul: Pairing One Old World vs. New World Round Four: Chenin Blanc! You can also listen to Ellen's podcast with Shaughn Buchholz, The Wine Situation here . with Mo, Greg and 1 other
Eric, Brandon and 30 others liked this

All the right Gewurzt notes but not in excess. Dry. Wanted to sip this all night. — 4 years ago 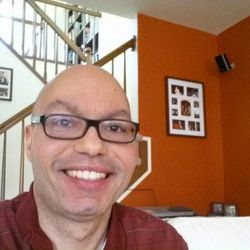 with Jennifer
Jeffrey, Dave and 1 other liked this Cherry with hints of milk chocolate. On the palate, great acidity with fruit lingering on the back end. Good stuff. — 3 years ago Paul and Neal liked this

Very enjoyable and met expectations. Tannins are sharp, fruit is medium long on the finish. Needs a few years to mellow out. — 3 years ago

Eric, Serge and 14 others liked this 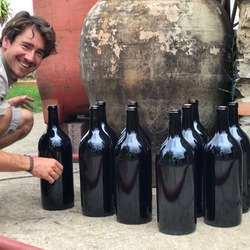 Jeroen, Peter and 3 others liked this 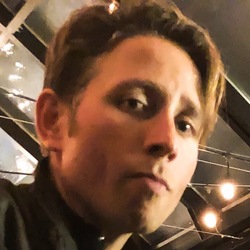 with Shawn
Alonna and Shawn liked this