Our resident herbivore Ellen Clifford is back, but instead of discovering the perfect shower wine (each to their own), she searches for the perfect veggie alternative to popular meat and fish focused food and wine pairings. Throughout this series, Ellen breaks down the components of classic dishes and offers vegetarian alternatives that echo the flavors, textures and acidity that make them pair so well with certain wines. Enjoy Ellen's veggie twists on classic pairings! In Part 1 , Ellen notes that no culinary combination can come close to surpassing French fries and rosé, but nevertheless offers the first of her wine orientated vegetarian recipes, a simple egg based appetizer inspired by oysters and paired with Muscadet . In Part 2 , Ellen shares a biscuit and cherry preserves alternative to foi gras with Sauternes . Read on for her third recipe in the series, which is inspired by steak with Cabernet. ------------------------------------------------------------------------------------------------------ CLASSIC PAIRING INFLUENCE #3: CABERNET AND STEAK Steak makes the Cab better, or so I’m told. I went vegetarian at age twelve so I dunno. They pair well because Cab’s tannins like to cling to protein, which in turn softens the tannic toughness of the wine. And they both look rich and…meaty. Looks matter. But look, there is no real veggie sub for steak. I think the roasted portabella thing I see people resort to is probably actually the best, but you could Google yourself a recipe for that if you want. My main concern in making a vegetarian match for Cabernet was to avoid something that would make the wine taste wonky. That means avoiding anything too spicy. I also wanted to pay homage to a classic sauce that goes well with steak: Béarnaise. I happened on a tortilla Española dish that included tarragon, the herb behind Béarnaise’s kick. I upped the ante by subbing shallots for onion and topping it with an easy Béanaise sauce. Veggie solution: Mini-Tortilla Béarnaise adapted from Muffin Tin Chef by Matt Kadey Recipe: • 1 lb. Yukon gold or red potatoes (I used red) • 2 Tbsp. extra virgin olive oil • ½ cup chopped shallot • 6 large eggs, beaten • 2 Tbsp. chopped fresh tarragon • ¼ tsp. salt • ¼ tsp. freshly ground black pepper • Béarnaise Sauce Peel the potatoes or don’t. Up to you. I like the peel so kept it. Cut into one-inch cubes. Heat the olive oil in a large skillet over medium heat. Add the taters and cook, stirring frequently for about twenty minutes. Add the shallot and keep cooking and stirring until you can easily poke into the potatoes with a fork. Take off heat. Don’t forget to turn the burner off. Preheat the oven to 350 degrees Fahrenheit. Grease, butter or spray, well the original calls for twelve muffin cups, but I went for six large size ones because I wanted bigger mouthfuls to sink your fork into and I think I picked right? And divide the potato mixture between them. In a medium bowl beat together eggs, tarragon, salt and pepper. Divide over the potatoes. Bake until the eggs set, about 15 minutes if you go standard size. If you go bigger will take longer. Let cool several minutes before unmolding. Then get drinking and eating. Hooray for you. Foolproof Béarnaise adapted from “The Food Lab” by J Kenji Lopez-Alt Recipe: • 1 cup dry white wine (I was drinking an obscure wine from the Jura but don’t let that influence you—whatever dry non-oaked white you have around will probably do) • ½ cup white wine vinegar • 2 medium shallots, thinly sliced (about a half cup) • 6 sprigs fresh tarragon, leaves removed and minced (I used my handy kitchen scissors to do this), stems reserved • 3 large egg yolks • ½ pound (aka one cup aka two sticks) butter, cut into chunks about the size of a tablespoon • kosher salt Bring wine, vinegar, shallots and tarragon stems to a boil in a small saucepan over medium high heat and cook until reduced to about 1-½ tablespoons. Have patience. It should be syrupy. Strain through a fine-mesh strainer into a small bowl. If, like me you have an immersion blender, rejoice. Put the yolks and wine syrup into a blender cup. Melt the butter in a small saucepan over medium-low heat and keep heating until it starts to bubble and is 180-190 degrees Fahrenheit on an instant read thermometer. Pour carefully into a liquid measuring cup leaving a thin layer of white liquid at the bottom of the pan. Discard that. Moving on. Put the head of the blender in the cup and run the blender. Slowly pour in the butter, the sauce will start to form. You are going to move the head of the blender up and down as you pour, ever so slowly and carefully. Again, be patient. Once it’s all incorporated turn off the blender, season with salt to taste and stir in chopped tarragon. Use it soon, and keep warm until using. There is no going back with this sauce. If you are using a regular blender you are doing the same thing, slowly dripping the warmed butter into the mix of yolk and infused syrup, but you will probably have to stop the blender and scrape the sides a few times.

Cut my hair and oh hell I’m Samson looking to Cali cab to be my strength and to be even more didactic I wanted quality, delicious Cab I could procure at my local grocery because in LA we don’t go out in anything more than a light drizzle. Fucking oh. Into this one. It’s solid and lush. Taste notes: goes well w classic bearnaise flavors which I stuck into a waffle but really? Make a protein of your choice and sip bearnaise on top and damn that’ll be good with a sip of cab. — a year ago

David, Daniel and 22 others liked this 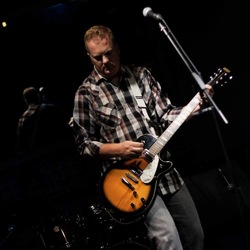 Our anniversary tradition- To KalonEnjoyed tasting rhones in paso all weekend, but it’s hard to beat to kalon cab. I think parker totally underrated this cab (92 pts?!). Spectator and enthusiast (who aren’t as inflated) gave it 94 and 97 respectively. I think this is a perfect time to drink this style of wine. Toasty oak, chocolate covered blackberry, licorice, some spice. Typical to kalon structure. Great, but not as amazing as the 2014 macauley to kalon cab franc (that’s probably my wine of 2018- easily top 3 in my life) — a year ago

Brandon, P and 20 others liked this

Enjoyed while cleaning out the boss' cellar. Say what you want about this wine, but the one thing you can say is that this wine is incredibly consistent. This wine reminds me of the family uncle who always gives you some silver dollars at Christmas...even though you are now a grown adult. And if you actually listen to his crazy advice on investing when you were a kid, you just might be able to be that Uncle when you grow up. This wine is a thoroughbred. Meant to be consumed at least after 10 years. And this wine is in a really good spot. The nose does show a tiny bit of age as does the palate. This is front-loaded with slightly aged blackberry and a bit brambly. This wine smoothed out quite a bit over 3 hours. Finish with very nice integration, a hint of stiff oak tannin but a lot of it has resolved. Very enjoyable. This wine still has another 10 or 15 years left. — a year ago

Sharon, Kirk and 29 others liked this 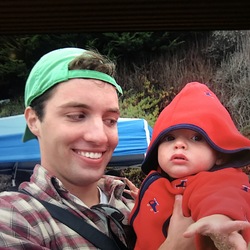 Wonderful! Made our splurge steak dinner all the more special. — a year ago 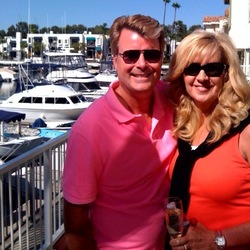 Better late than never...visited Del Dotto Oakville Winery in November 2018. Piazza Del Dotto is a Beautiful property & all the best from Italy is showcased in the architecture.Their 2016’s from Barrel were absolutely outstanding; perhaps Dave Del Dotto’s best yet! Buy em’ if you have the opportunity! Enjoy & Kudos!🍇🍷👍🏻👏🏻👏🏻👏🏻 — a year ago

Bob, Shay and 10 others liked this Excellent wine. Way too young to open now, but I wouldn’t ever deny it. Excellent flavor but could be a lot better with about 10 years more. Pairs perfectly with bacon wrapped steak & frites. — a year ago 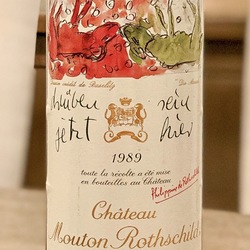 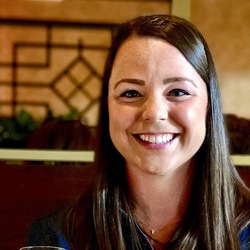 with Taryne and Krystal
Krystal, Shay and 23 others liked this

Delicious with steak tonight. Will it get better? Hard to imagine. — a year ago Bitch, I’m back!!! Finally got to buy wine after being furloughed for a month. Decided to go with a familiar winemaker although I’ve never had the bourbon barrel aged Cabernet Sauvignon. Wow, was i pleased. Before I let it aerate to develop the flavors a chalkiness rested on my tongue for the finish. After letting it open up, blackberry and black currant flavors hit me. This is a juicy teddy jam, but not sweet at all. I definitely tasted the oak barrel making it rich and deep. The finish coats your mouth like your favorite winter blanket. I think I found my Valentine! — a year ago

Velma, David and 4 others liked this