with Barbara
Barbara liked this

Tasted ‘15 & ‘16 together. In 1805, Daniel Phelan, an Irish wine broker, acquired Clos de Garamey, and was followed in 1810 by the acquisition of the Segur de Cabanac estate, creating the domain that remains today. Aromas and flavors of black cherry and blueberry with cacao, gentle oak and herb character. Firm grip on tannins, long finish on this big wine with an earthy ending. Approachable but decanting helps for now! — a month ago

Eric, Alex and 8 others liked this 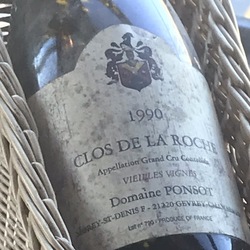 Tasted blind. Tawny color, translucent with amber rims. Notes of black cherry, cedar, some spice and a little barnyard floor. Sweet fruit in the mouth, with tannins fully resolved. Guessed 1955 Calon Segur. Perfect looking bottle, the cork revealed this bottle was reconditioned by the Chateau in 2000. — a year ago

Shay, Eric and 16 others liked this

Phew....a real powerhouse here! Full of tannins, dry, and strong (almost overpowering) notes of cedar, tobacco, vanilla, pencil shavings/lead, black plum, and black currant. Definitely needs much more time until maturity, but will age exceptionally well. I'm not touching the 2016 Cos d'Estournel for quite some time.... — a month ago

Arden, Peter and 8 others liked this 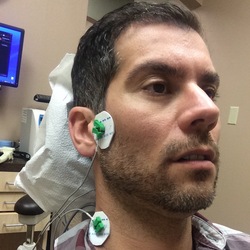 The 06 vintage was more highly praised by the Bordelais than it delivered. That’s not to say, some producers didn’t deliver. This 06 is not at its peak...still needs a few years. Will it be a wine that blows you away? Not likely but, it will deliver nice fruit, earth & balance. Especially, with a Ribeye. The nose shows; ripe; blackberries, dark cherries, black raspberries, baked strawberries, dry cranberries & some black plum. Saddle-wood, limestone minerals, dry stones, cinnamon, soft spice, light vanilla, black rich earth, touch of black licorice and red & dark fresh florals. The body is round and a little lean but puts on weight with food and decanting. The structure, length & tension are falling into place. The fruits are ripe and expressive. Blackberries, dark cherries, black raspberries, baked strawberries, haunting blue fruits, dry cranberries & some black plum. Saddle-wood, touch herbaceous, mint, limestone minerals, dry clay, dry stones, cinnamon, soft spice, cola, light vanilla, black rich earth, touch of black licorice and red & dark fresh florals. The acidity is round and beautiful. The finish is on the leaner side but, well balanced and lasts a full minute. 9.1 without the Ribeye, 9.2 with it. Photos of, Duhart Milon, Cabernet ready to to be pressed, wine making facilities and their barrel room. Producer history and notes...the Rothschild family is divided into two sects for lack of a better word. There are the ones that own Mouton Rothschild and Cleric Milon etc. and the other owns Lafite and Duhart. The two sides of the families don’t necessarily get along. However, they are two of the oldest/wealthiest families in recorded history. Duhart Milon was originally known only as Chateau Milon. At one time the estate was the second wine of Chateau Lafite.The story about how this came to be is interesting. The owner of Lafite at that time was the Marquis Nicolas-Alexandre de Segur. King Louis XV called him “The Wine Prince” because of his extensive vineyard holdings in Bordeaux. The Milon vineyards were well regarded but, not as good as Lafite, which is how the wine came to be thought of as the second wine for Lafite.In 1815, the property was considered by some people as a fourth growth Bordeaux wine in the making. In those days, the wine was sold under the name of Chateau Mandavy-Milon. Between 1830 and 1840, the Casteja family inherited the estate.The label of Duhart Milon, according to family tradition came about from an old legend written about one of their ancestors, Sir Duhart. Sir Duhart, was rumored to have been a pirate for Louis XV. He retired in Pauillac. The “Pirate’s House” on the Pauillac port existed up to the 1950’s. That original building inspired the label for the Duhart-Milon wines.The Casteja family remained in possession of Duhart Milon until the first part of the 20th century. At the time, Chateau Duhart Milon was one of larger Pauillac estates with around 50 hectares of vines.In 1937, the result of successive inheritances led to the sale of Duhart Milon. The Left Bank property went through five different owners in just 25 years. As well, the vineyards were split up and with the frost of 1956, the quality of Duhart Milon continued declining until the Rothschild family purchased the property in 1962.At that time of the sale, Chateau Duhart Milon included 110 hectares of land, of which only 17 hectares were planted with vines. The entire vineyard was in desperate need of replanting. Major renovations were urgently needed in the vineyards, which demanded work on the drainage and replanting.The size of their vineyards were also increased with the purchase of other parcels adding to the size of their Medoc holdings. New cellars needed to be built as well. Chateau Duhart Milon remains one of the few 1855 Classified Growth estates without an actual Chateau. At Duhart, all you will find are the cellars, vatting rooms and barrel storages.During the period of 1970 to 2000, the vineyards nearly doubled in size! Additionally, they constructed new cellars, renovated and modernized their wine making facilities as well in 2003. By 2008, the wine of Duhart Milon increased in quality, stature and price.Much of the price increase had to do with the association with Chateau Lafite Rothschild, which had by that time, become the most in-demand, collectible wine in China. By the time the 2015 vintage was offered, prices had dropped to a more affordable price level due to changes in Chinese laws regarding client gifts/bribes. The 152 hectare vineyard of Chateau Duhart Milon includes; 76 hectares of vines planted to 67% Cabernet Sauvignon and 33% Merlot. This makes Chateau Duhart Milon one of the few 1855 Classified Growths with only two grape varieties planted in their vineyards.The average age of the vines are 30 years old. The vineyard is planted to a vine density of 7,500 vines per hectare.Duhart Milon vineyards are located in northern Pauillac, on the western side of Chateau Lafite Rothschild, on the Milon hillside, which is not far from the Carruades plateau...now Lafite’s second wine. This places the vineyard quite close to Chateau Mouton Rothschild and Chateau Clerc Milon. However, because of micro climates, this is a slightly cooler terroir, due to its northern exposure.The naturally cooler soils provides more freshness to the wine, and allows for later picking. The terroir of Chateau Duhart Milon is a combination of gravel, sand and limestone soils. The Duhart Milon vineyards are unique in Pauillac, as the vines are for the most part, located in 1 single, large parcel.The vinification of Chateau Duhart Milon takes place in temperature controlled stainless vats. Malolactic fermentation takes place in vat. Chateau Duhart Milon is then aged in an average of 50% new French oak barrels for 14 to 16 months, depending on the vintage.There is a second wine, Moulin de Duhart, that was created in 1986. There is also a third wine produced by the estate, Baron de Milon. — a year ago

Shay, Ryan and 31 others liked this

@Michael Bleszynski Thank you for your note! Cheers! 🍷

@Michael Bleszynski Thank you for your note! Cheers! 🍷 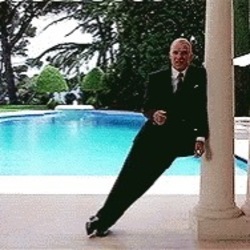 I only drink wines that taste like Patent leather, soft leather is for sissy’s,😬