Musky and mineral notes. Lime rather than lemon on nose and palate with grapefruit. The shrill acidity of 8 years ago now diminished but still high at 10 years of age. Quite tangy and refreshing. The Canberra District has proven to be very suitable for Riesling with producers like Helm and Clonakilla. — 4 months ago

Severn, James and 18 others liked this 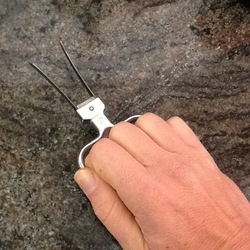 Hi Bob. Is it still good to hold? I've got a few 09s in the cellar. Had a stunning 05 Clonakilla the other week. Loads of time left in it.

@Travis W I would say so Travis. Certainly plenty of acid left. Just tasted a 2002 Petaluma Hanlin Hill Riesling which blew us away. Notes to follow.

About a year or so ago, I snagged a couple Murrieta’s Well wines from @Jason and Jennie and I’ve been working my way through them. Their merlot has been my favorite so far.I’ll start this by stating Malbec isn’t a favorite of mine. I’ve tried many Napa ones, and while I enjoy South America renditions a tad more, I just don’t normally gravitate to them. With well known Robbie Meyer at the helm, I thought this would be a good example and I’m pleasantly surprised. The aromatics ooze ripe and fresh squeezed blackberries and raspberries alongside clove. Very rich and fruit forward on the palate. Dense. Signature Malbec notes that coat the mouth with red licorice, red and black fruit and low acidity. Young, but the oak isn’t dominant. A nice representation. — 2 years ago

Ryan, Scott and 31 others liked this 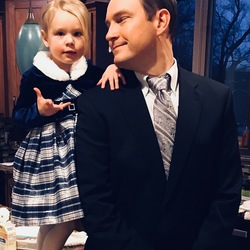 Nice review! I have to get out and visit @Jason and Jennie to try some!

@Paul E Koran let me know next time you are in the SF bay area!

@Jason and Jennie i will for sure and I’m looking forward to it!

I am certain that my posse will smoke me tonight as they are at napa valley premiere auction so @David L @Joe Lucca and @ADAM STROMFELD go ahead do so - so damn jealous I decided to pull this as I know it delivered in the past on other vintages so here we go This is 100% Cabernet Sauvignon with 950 Cases produced This has so many things it is hard to put them all in but taste vanilla, cherries with notes of toasty oak, espresso and a chocolate twist.This baby has structure and is a true mid-palate cab with fine tannins with a looooong finish This is essence of Big Bold and Beautiful and a really true statement of a Napa cab with a great winemaker at the helm as I feel Robert Foley is in my opinion am underrated wine maker The smell contains aromas of sweet blackberries, cassis, forest floor, and spring flowers- this baby jumps from the glass to show you what a full-bodied, opulent, structured wine should be - textured, layered mouthfeel displays absolutely no burn - it is so ready to drink so enjoy and mindful that this might have another 5 years leftAll smiles tonight — 3 years ago

Mike, Shawn and 43 others liked this

@Mike R killing it bud!!See you soon my friend!

La Montesa by trailblazing winemaker Alvaro Palacios at the helm of the family estate Palacios Remondo in Alfaro, Rioja Oriental/Rioja Baja, the sometimes snubbed, southernmost subzone within the Rioja appellation. Fruit is sourced from from Palacios Remondo’s eponymous 90-hectare vineyard on the northeastern slope of Monte Yerga, at an altitude of 1,800 feet. Fresh, elegant, refined, structured. Juicy fruit, spicy finish. — 5 months ago

P, Jeffery and 13 others liked this

One of the first and most acclaimed vintages since the Frey family – also owners of Domaine Paul Jaboulet Ainé in the Rhône Valley- took the helm at La Lagune. Blend of 60% Cabernet Sauvignon, 30% Merlot and 10% Petit Verdot from the estate’s 80-hectare estate in Haut-Médoc. Earthy, powerful and complex. Cassis, black peppercorns, leather and forest floor. — 10 months ago

Bob, P and 9 others liked this

The Mullins family made their first vintage of Balo in 2009, after several years of selling their fruit. Following a string of all-star winemakers (Jason Drew and Anthony Filiberti, Alex Crangle is now at the helm, crafting tremendous Pinots from their estate property. The 2015 offers a juicy and broad expression of this middle sector of the Anderson Valley. Concentrated and pliant black fruit flavor - huckleberry, ginger, black cherry, sarsaparilla, and tarragon - it tastes medieval in its primal, earthen tones. — 2 years ago

Shawn, Jason and 11 others liked this

Pale Lemon in colour. White peach notes on nose and palate along with herbal and Lime notes - a little grapefruit. Overall the impression of ripe grapes in a really good season gives one the impression of almost off dry but it is dry. Not as much tension as a few years ago - this being my last bottle. At its peak if you like mature Riesling with a swipe of cleansing acidity to finish off. Again, little or no kerosene or petrol notes which I am starting to believe is a wine fault and the subject of sunburnt grapes as Canberra Riesling producer Ken Helm once told me. 3 Trophies and many Gold Medals on the Show Circuit. — 5 months ago

Daniel P., Casey and 16 others liked this

Lemon in colour. On the nose white florals with Kerosene notes. On the palate pristine with peachy notes and citric acid. Clean as a whistle. Canberra District is a proven area for very good Riesling - think Helm. Very much a cool climate area. I will have the last one in a year or two by which time it may have developed some honey and toast characters. Ended up having the last one 15 weeks later on the 12th December 2019. Amazed how little the kerosene influence is in this aged Riesling. Ken Helm a veteran Riesling winemaker in the Canberra District reckons kero/petrol aromas are a wine fault and comes about thru sunburnt grapes. Not sure I agree. I have had those aromas with Aged European Rieslings as well. In any event this was a very good mature Canberra Riesling. — a year ago

Severn, Serge and 9 others liked this

This recently caught my eye, mostly because it was a $75 bottle of rosé — it’s rare to come across any rosé more than $40 (aside from Champagne), but also because of its distinctive design (I should’ve trademarked the drip).The origin of Château Minuty dates to the early 18th century. The Matton-Farnet family has owned the estate since 1936, with its third generation, brothers Jean-Etienne and François Matton currently at the helm.The Château’s vineyards are situated on limestone and schist hills outside the Provençal village of Gassin and overlooking the bay and city of Saint-Tropez. They exclusively produce rosé.For their cuveé 281, a blend of Grenache, Syrah, and Cinsault, the Mattons enlisted Hubert de Malherbe to design the bottle, who worked on several Veuve Clicquot designs as well as Dior perfume bottles and stores. The blue is said to represent the Mediterranean Sea and sky, both of which have significant influence in shaping the wine’s character. The exact shade of blue is Pantone 281.The wine opens with melon, citrus peel, and stone fruit, all of which translate through to the palate. That’s where the intensity ratchets up, with pungent, rocky minerality set against a backdrop of herbs and a generous seasoning of sea salt. Everything melds together before taking the long ride home on a bright beam of acid. Superb. — 2 years ago

Ron, Eric and 18 others liked this

@Isaac Pirolo Isaac great review, pic and I agree with you on the drip. Cheers 🍷