Loved this…had with great foodie friends in CT who know how to pick wine. Tenderloins and salad were consumed but I would have been happy with just the wine for dinner. — a month ago

Daniel P. and LM liked this

We are identifying this wine. 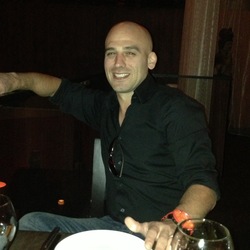 One of the most mellow but flavoursome reds I've ever had. This was a 2002 bottle so extremely good with medium rare fillet steak! — 7 years ago 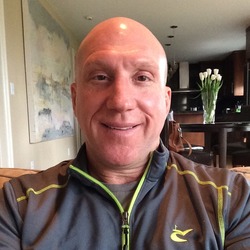 Masculine succulent and bold but also feminine fragrant of violet and lilac. 2nd growth but it’s hard to tell. — 10 months ago

Paul, Anthony and 10 others liked this

We were suppose to be in Napa this weekend. Sadly, no one should be in Napa/Sonoma except Firefighters and first responders. However in lieu of; the Sodhani party, appointments at Beau Vinge, Mark Herold & a steak at Cole’s Chop House, what the next best thing? #STEAKANDCLARETNIGHT at home in the backyard. This 86 was amazing with my ribeye. The kind of pleasure that causes great pause and rolls the eyes a bit. On the nose; menthol, eucalyptus, dry herbs, soft ripe blackberries, dark cherries, strawberries, baked plum, perfectly stated baking spices, stones, soft unstated spice, clay, rich dark earth, touch of black cherry cola and fresh & dark florals. The palate is heaven as it coats. The body medium full, layered and the tannins are nicely resolved but not completely...still a fair amount of life in this bottle. I’d say it’s still around it’s peak. The fruits are ripe and still fresh. Blackberries, baked plum, dark cherries, strawberries, dry cranberries, hues of blueberries, black cherry cola, sweet darker spice, vanilla, clove, nutmeg, cinnamon, dark rich earth, dry stones, tobacco, suede leather, dry clay, menthol, eucalyptus, touch of dry herbs, fresh & dry dark flowers, beautiful, round acidity, perfect 12.5% alcohol and a long, even, elegantly balanced with beautiful structure, tension & length that’s lasts two minutes. It’s in a really excellent spot. 9.6 with the ribeye and 9.4 on it’s own. Photos of; an aerial shot of Chateau Canon, owners Alain and Gerard Wertheimer who made their first big money on Chanel, own Rauzan-Segla and are worth just under a paltry 10 billion, their barrel room and their Saint-Emilion vineyard. Producer notes and history...Chateau Canon is a premier cru with a history of fine vintages. This Saint-Emilion property has long been recognised as one of the best in the appellation. It is believed that Canon was named after Jacques Kanon, the naval officer who bought estate in 1760. He built the château here and surrounded it with plantings solely of vines...a rare agricultural practice at the time. However, he then sold the estate to a Bordeaux négociant just ten years later. In 1919 it was purchased by the Fournier family, who owned the property until 1996. When they sold it to the Wertheimer family, owners of Chanel and of Rauzan-Ségla in Margaux it unfortunately had some serious problems. The cellars were contaminated with TCA, the chemical compound which causes cork taint. Many of the vines were infected by viruses and in need of being replaced. As well, part of the vineyard above the quarried cellars had subsided. Fortunately the Wertheimers had the money to fix these issues and a manager, John Kolasa with the skills. The first decade of the 21st century saw Canon begin to regain its reputation once John Kolasa retired and Nicolas Audebert at Rauzan-Ségla took over. The substantial estate covers 22 hectares on Saint-Emilion’s famous limestone plateau close to the town. The vines have an average age of 25 years and are generally planted with a southerly or south-westerly exposure. 75% of the vines are Merlot and 25% Cabernet Franc. After the grapes are hand-picked, they are fermented in traditional cone-shaped vats, before spending 18 months ageing in oak barrels, 50% new and 50% used. — 4 years ago

Neil, Eric and 21 others liked this

Paul, this wine crushes and even better with a well prepared/cooked ribeye. It still has teeth but has grace as well, it’s complex, elegant and flat out beautiful. It’s anything but young Napa that’s broad with tons of baking spices or even 10 plus year Napa due to it’s earthy components.

@Paul Treadway Huntington Beacher Even the 15/16 vintages are around $100. It’ll be 20-30 years before those vintages get as fine as this 86. So, you have to ask yourself, is it worth the extra $50? I’d say, yes! Those K&L arrived directly from the Chateau. So, they’re in perfect condition.

Agree. Canon from the 80s and 90s are great. Current vintages are underpriced in my opinion for the quality