The Charles Family had been growing grapes for several years before founding their Foursight label in 2006. The name refers to the four generations who've worked this Anderson Valley land, where they grow Pinot Noir, as well as Sauvignon Blanc and Sémillon, which are far less common for the area. Foursight's 2015 Charles Vineyard Pinot Noir exudes the red-fruit profile typical of this southern edge of the Anderson Valley - wild strawberry and cranberry meet Christmas spices and ginger.— 7 minutes ago — 3 years ago

Douglas &amp; Ana Lucia Stewart founded Breggo in 2005 before selling the brand four years later. They kept their estate property though, and from it the Lichen label was born. Their 2014 offers amid-weight expression of Anderson Valley Pinot that balances its fleshier frame with aromatic lift. Notes of hibiscus and pressed red rose meet sappier, medicinal tones on the palate - rosemary, underbrush, pomegranate and raspberry liqueur. — 3 years ago

with Stacy, Mitchell and 2 others
Severn, Hugh and 11 others liked this

Is this California’s greatest dessert wine? Every time I enjoy a glass I’m convinced it just might be (and if not, Navarro’s Cluster Select Gewürztraminer or Muscat make a compelling case as well). With laser sharp acidity and a surgical precision, the wine accomplishes a captivating balance between cool, wet stone flavors coupled with a more luscious cornucopia of fruit - ripe green apple, pear, and guava. Slightly viscous and entrancingly long - if the Mosel were found on California’s North Coast... — 3 years ago

with Mitchell
Bryce, Hugh and 21 others liked this

@Severn Goodwin LOVE their Gewürz too :)

@Brian Szluk - High recommend, and a total steal too 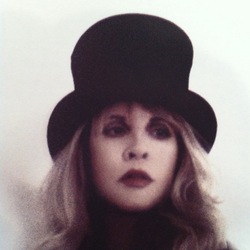 Haven’t had this in a long long time, but I do remember loving it. I might even still have a bottle in my cellar. Better start looking.

Goldeneye is the Anderson Valley branch of Napa’s Duckhorn, and Gowan Creek has routinely been a favorite among their single vineyard Pinots. Brooding and opulent, it matches blackberry, anise tones with more earthen flavors - tilled soil and mushroom caps. Meaty and gratifying. — 3 years ago

with Stacy, Mitchell and 2 others
Severn, Shay and 19 others liked this

Nice, haven't had the Gowan for a while. Last time was '05 & '07, they were still fresh about 4-5 years ago, we still have a couple bottles in hiding.

Roederer Estate and Scharffenberger both call Anderson Valley home and together yield some of California’s most consistently delicious and affordable sparkling wines. Of the couple, Scharffenberger vinifies rounder, more lush wines. Flavors of ripe pear skin, white rose, and baked apple find their footing against a backdrop of yeast, cheese rind, and patisserie in the image of Champagne. The perfect wedding reception wine or Tuesday night sparkler for its tremendous quality to cost ratio. — 3 years ago

with Stacy and Mitchell
Dawn, Shay and 12 others liked this

I agree on cost/value. Too bright for my taste

Alsace in America. Ripe, fleshy, and oxidative after 9 years - it tastes of gooey peach skins, mango peels, lychee, crystallized honeycomb, and macadamia nuts. Enough residual sugar to pair beautifully with dessert, but equally alluring earlier in a meal. Breggo was sold to Napa producer Cliff Lede in this same year, where it was later renamed FEL. — 3 years ago

Shay, Bill and 18 others liked this

A quirky white wine from Lichen, this is actually a blend of 60% Pinot Noir with 40% Pinot Gris. Juicy and delightfully gratifying - it tastes of ripe pear, green apple skin, and rounded wet stones. Generous and ample, the wine is immeasurably easy to drink. — 3 years ago

Jason, Isaac and 14 others liked this

Nice. My buddies just got some fruit from them

From one of Anderson Valley’s most pedigreed sites, FEL achieves a beautiful, broad expression of the Ferrington Vineyard. Notably, FEL, owned by Napa’s Cliff Lede, purchased the famous Savoy Vineyard. This bottling, however, charms with strokes of pomegranate, cola, sarsaparilla, chai, and black cherry concentrate. Medicinal and palate-coating, the wine lingers with autumnal spice. — 3 years ago

with Tamela, Stacy and 2 others
Shay, Hugh and 13 others liked this

I so rarely encounter a great Gewürztraminer from outside Alsace, and when I do, it’s most likely from the Anderson Valley. This Phillips Hill bottling is no exception. Striking in its aromatic intensity - dried ginger, rose water, thyme, pine sap, crushed stones, and white pepper - the wine is vinified nearly bone dry, resulting in a taut, lean structure that moves with spritely dynamism. The floral and spice tones meet fruitier flavors on the palate - white peach and lemon soda. A far cry from the California Chardonnays and Sauvignon Blancs that dominate the Golden State’s white wine scene. — 3 years ago

with Stacy and Mitchell
Hugh, Kimberly and 9 others liked this

with Stacy and Mitchell
Bryce, Severn and 30 others liked this

Even better, seek out their L'Ermitage, we have the '07 at the house, it's great!