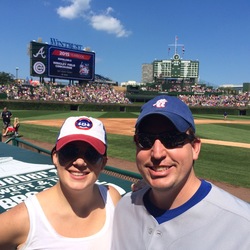 Shay, Paul and 1 other liked this Opened the 2008 over a hour ago. Fruit has come up and expanded. I could not believe that it was 11 years old. A beautiful wine in every respect. Enjoy — 4 months ago

Great with plenty of fruit and mineralogy Many years remain. Aging beautifully — a year ago

Tasted side by side with the 15 Becklyn NV and the 15 Quivet NV. Super dark purplish red. Tight I start in the nose but then opened up with cassis, blackberries and sweet spices. Medium plus (7.5/10) and rounded full body. Dark fruits on the palate with sweet spices, brown sugar, blueberries, aniseed and crushed gravel. Long and lingering finish. Drink till 2027. (92+) — 2 years ago

with Sean and India
Jason, Meg and 20 others liked this

I decided to take the plunge and open this 2017. I’m glad I did!It reminds me of the 2015 Scarlett upon release, but even better. This is plush and powerful but not overpowering. The tannins are soft and inviting. Yes the nose is slightly closed, but everything else makes up for it and then some!This might be the best young Quivet I’ve had. — 2 months ago

A beautiful wine. 2.5 hour decant and boom goes the dynamite. — 6 months ago

Paul, Shay and 6 others liked this

Been curious about this! Thanks for checking in.

Happy to fall on this particular grenade, @Shay A.

Not surprisingly, @Mike Smith goes three for three in the last five days. His Myriad and Quivet 2015s are both extraordinary, thus my high expectations for 2015 Scarlett. Give her two hours to fully unwind. After that, she blasts the palate with an orange peel tinged dark chocolate, and an edge of eucalyptus mint. Decadent concentration, loaded with extracted cassis and plum, and a sensational meaty savoriness. — 2 years ago

Mike, P and 23 others liked this

In my mind, in the price range, this wine is tough to beat.

Classic quivet Kenefick Syrah. Still prefer the whole cluster, but man this is good. — 2 months ago

David, Dawn and 8 others liked this

Keith and Shawn liked this

Decided to do a little comparison before @Shay A 's dinner and wine, and wish I could have stayed!! Tasting alongside a 2017 Rutherford SB from Modus Operandi. By comparison, this one was sourced from the Southeastern border of Rutherford whereas the Modus was on the northwestern region of Rutherford. This one definitely had more rounded edges, less tropical notes, more peach which increased as the wine sat and warmed up to room temperature. I would say that the nose of the Modus was a little more distinct than the nose of the Quivet. But, I think that more of the volcanic type soil characteristic of the Silverado Trail definitely showed here in the finish, even in an SB. Hey grade head-to-head comparison, with a very slight nod to the Modus. I think this is a slightly different food wine than the Modus which is probably a little more capable of standing on its own. — 9 months ago

with Shay
Shay, P and 31 others liked this

Jealous of both the wine dates AND the man love

@Bill Bender love it. Wine nerds gotta stick together and represent in Cowtown! Plus, stressful jobs need a nide outlet....soooo...there's that 😄