David Schildknecht, Vinous critic for Germany and Austria, is a regular at Rieslingfeier , NYC's premier celebration of arguably the most noble of all white grapes . In his write up of the 2017 event, he says: "The most intriguing and exciting tasting opportunities, though, came once again thanks to Rieslings that were not only rare but also unusual. My own contributions included a wine that Terry Theise had encouraged me to ask for when, on my first (1984) German wine tour, I visited grower Peter von Weymarn at his family’s Weingut Freiherr Heyl zu Herrnsheim. Terry opined that the 1974 Niersteiner Brudersberg Spätlese, among the few Rieslings from that year with upper-Prädikat aspirations, represented a high point of its vintage. At ten years of age, it had proven a dazzling representative of von Weymarn’s monopole vineyard and demonstrated Nierstein’s potential for ripening, even in challenging vintages, Riesling with strikingly carnal and floral as well as fruity and mineral characteristics. When (also in 1984) von Weymarn helped me kick off retail sales of Heyl wines in Washington, D.C. with an extensive tasting, we went back to that great Auslese vintage 1975; but the only other time I got to taste the 1974 Brudersberg was on a subsequent visit to Nierstein, when von Weymarn consented to my purchasing the case to share with my customers from which this bottle remained – still firm, lively and complex, though now virtually dry-tasting. I had to reflect on the passage of time and the vicissitudes of viticulture in order to remind myself why a number of those who tasted from it were unfamiliar with the name Freiherr Heyl, much less with the history of that once-renowned estate. And there were again this year wines from estates of which I had never heard. I had been told that, at least until fairly recently, several growers in the notoriously insular but historically important Mosel wine village of Thörnich (whose sensational top slopes are today amalgamated under the Einzellage Ritsch) were still selling older wine. But a 1969 Thörnicher Enggass from K. H. Botzet-Zisch brought by Valerie Masten of Skurnik Wines represented the first such I had ever encountered. Growers with deep cellars delight in bringing to Rieslingfeier not just superb wines from renowned older vintages but also their own share of surprising, bluff-the-taster libations. Egon Müller’s contributions this year included a 1973 Scharzhofberger Riesling Auslese Eiswein whose identity other than as aging Eiswein I would not have guessed in a million years. I caught several of the fascinating 1970s and 1980s Rieslings from veteran Hans-Joseph Becker, wines marked by minimal winemaking but extended cask exposure, and which with rare exceptions he had never attempted to sell in the United States despite having for three decades been sales commissioner and logistics point man for Frank Schoonmaker and subsequently Chateau & Estate Wines. Today, J. B. Becker is among the very few top German estates to field a price list featuring wines of numerous vintages – a couple of dozen, in fact. (For more on this estate, whose wines Bitterolf now imports, see my soon to be published account of this year’s Rieslingfeier seminars, as well as my upcoming report devoted primarily to Rhine Rieslings of vintage 2015.) But it’s a measure of how much excitement has been brought to German Riesling in recent years by “outsiders” like Bremen-born Eva Fricke (who began her career working for Becker) and Swiss Daniel Vollenweider or by lifelong denizens of wine-growing areas who have founded new estates or completely revitalized longstanding ones, that half of the growers represented at this year’s Rieslingfeier could not contribute bottles more than 10 or 15 years old. Their relative youthfulness, though, was more than made up for by their quality and vintage diversity – as well as at times by sheer bottle capacity." --David Schildknecht, Vinous, Rieslingfeier: A Celebration of Germany’s Greatest Wines , July 2017 ************************************************************************************************ This year's event includes a walk around tasting of the 2017s and the Gala Dinner where guests share gems from their cellar. You can check out the full events page and purchase tickets here .

Chilled a little over cellar temperature, notes forthcoming...Nose has insane qualities, not sure I've ever experienced a Riesling like this, beeswax, grapefruit pith, fresh cut white grapefruit, freshly cut spring hay and faint wet limestone.Palate is restrained, yet screaming acidity, pulverized SweeTARTS, honey poured over citrus pith, limestone dust and faint white flowers.Holy crap this is good!Bocksbeutel with a glass stopper, unique closure for the classic Franconia bottle. — 3 years ago

Hermes, Shay and 28 others liked this

As epic as it gets

Visited the winery in 2018, so a little stock of future pleasure in the cellar... 😉

Another visit to the weekly Wednesday Wine Committee, and a wonderful hosting by Glenn. As always, all wines are tasted blind. 1 sparkler, 3 whites, 4 reds and 1 dessert.Wow! What a pull from Glenn. My guess was BA (which ended up being correct) but many others were trying to call it TBA or Sauternes. This was sweet, but not liqueur enough for it to be TBA and not enough compact flavors and honeyed savory notes to be Sauternes. Honeyed underripe peach and guava, with a tart finish. I thought it was only 20yrs old! — 3 years ago with Dan, Will and 1 other
Jason, David and 38 others liked this

With acid in these wines, they might out live most people given both are birthed in the same year! 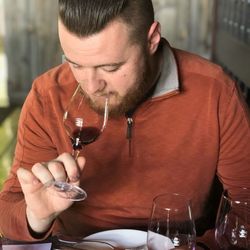 Hello Shay, I know this is very late, but I am hosting a Vip event this afternoon at Total Wine Preston Village - Shirley Roy is coming out and a member from Barnett Estate to taste and talk about your wines. I thought I would extend you an invite. Shoot me an email if you get this early on! mtrader@totalwine.com

Honeyed apricots with a twist of honeysuckle and a dash of slate, rich but with a tangy finish, still on the young side, another example of the nearly immortal 1998 Austrians. — 3 years ago

Ira, Scott and 2 others liked this

In case anyone is wondering, "S" means Selection... And where might this selection be from? Aulerde. So another declassified GG from the maestro, KP! How does it taste? Pure liquid gold. Drinking so well now. Acid integrated right in, just the right amount of tdn to fruit ratio, playful on the tongue, and that texture. I would say this could do with even more lay time. It's quite primary really... The fruits are quite ripe and sweet (candied). I really love the dried flower element here and the minerality... Bwah! So good. Honestly, the true success here is how fast we reached the bottom of the bottle without even realising it. Another class act from KP! — 3 years ago

Ira, Serge and 15 others liked this 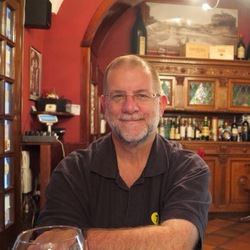 with Michele
Severn and Iwan liked this 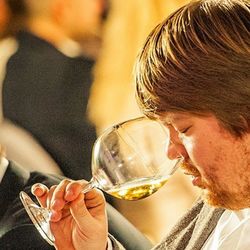 🏅 Rating 96/100 (4,6🌟)Fine Rieslings NightJust speechless. 🏆Winner of the night.Stunning wine! 42 years old wine that has been recorked at the winery some time ago ensuring its superb condition.Beautiful bouquet of aged Riesling which developed complex herbal and vegetal aromas: dill, stewed carrots and beetroot. Tertiary aromas of petrol and hay.Delicate wine, but has intensity and grip with vibrant, lingering finish. — 4 years ago

Stas, Shawn and 4 others liked this 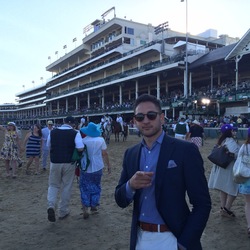 with Charles
Severn, Aaron and 1 other liked this 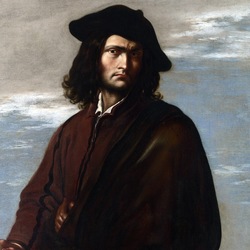 An amazing wine. Might it have been better years ago? Maybe. But the austere qualities are accentuated at twenty years. I am just sorry it’s the last of a case. — 3 years ago

Alec, Severn and 2 others liked this 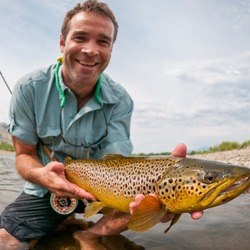 What an extraordinary experience. The color: medium honey. The flavor: all plum pudding. Crazy Christmas notes of cloves, nutmeg, orange peel. Maybe even a touch of maple syrup. This was one of the finest surprises ever out of a bottle. What a treat. — 4 years ago

Severn and Iwan liked this

Beautiful golden color with dark orange hue. Resinous on the nose, very nutty and tertiary. Dried apricot and salty finish. Has dried out quite a bit over the years. A real treasure. — 4 years ago

Neil, P and 6 others liked this