Another young soul in an old world body. I put this solidly in the...solid realm. It has berries and some cedar/pencil lead and it is a rather uptown cahors but I’ll take it! Meanwhile I’ll just keep trying to match bottle to shirt to eyes here. — 3 years ago

Paul, Jason and 11 others liked this

Hey. Hi. Oh. Hey. The fresh and acid and balance and blackberry and damnnnnnn it must be good because I do not have good words except that...I could use less dollars but it is VERY good — 3 years ago

Iwan, Trixie and 15 others liked this

It’s good. It is friendly and just...well balanced. Not the most deep and complex but very smart. There is a brightness and cranberry with almost maple notes lingering in the background. That and a bucket of blueberry jam. But as I said, balanced. This jam knows how to balance work and family. — 3 years ago

Bill, Daniel and 18 others liked this

Hard at work...this is fleshy and ripe but has a hit of green. Wonder if they gave it a tad of stem inclusion. Ripe and dried red fruit—something pruney going on. Not my favorite but I never get Malbec in blind tastings so attempting to learn. This is just a big mouthful of dried fruit served in a woodshop. Gives me flashbacks to when my granddaddy once made wine and the adults were trying it (I was maybe seven) and my uncle snuck to pour his out in the big sink in the garage near where granddaddy kept his woodworking stuff. The uncle turned out to be a ass so I’ve no idea if the wine was good but I drink this and...The smell of wood and wine... — 4 years ago

Isaac, Shay and 9 others liked this

@Judith Clifford ps did you read the tasting note?

I did. LOL! That’s a famous family story. I don’t really remember if I ever tasted Granddaddy’s wine. Can’t imagine it was memorable, at least not in a positive way. Did you know that on at least one occasion he used grapes from the Clifford yard in Georgetown?

Fruit forward and also acid forward. Sassy sharp tongued berry hussy. I like it. It doesn’t taste like Cahors. Which is fine. Fin. — 3 years ago

A, GV and 19 others liked this

Laura Catena is in charge here. All hail a wine with an awesome woman with a wine heritage killing it! Super into this. Give it a minute or so to get a breath of air then appreciate its voluptuousness. It is supple and earthy and has an attitude. This Malbec may just have made me its bitch. — 3 years ago

Daniel, Ira and 14 others liked this

😂 @Ellen Clifford half cat and half wine drinking mime

@Bill Bender well one has to keep life fresh 😬

This wine likes you and therefore you like it. It is accommodating and friendly and always there for you and in this Malbec afternoon of life you’re enjoying that. Don’t think too much just curl up in its cocoa-blackberry coziness and let the tiny hint of mint keep things from getting old. I’m not a giant Malbec person but this one will coddle you into indulgence — 4 years ago

Paul, Ron and 8 others liked this

I had it at Covell. I ended up accidentally buying the same at thanksgiving in St. Louis. And now I’m back at Covell drinking it because it stands well in many ways: it has a refreshing nature—some sort of herbal underbelly to it berry cassis fun. So far my top cahors pick but there’s more to be tried... — 3 years ago

Trixie, Bill and 6 others liked this

It’s juicy it’s scrummy it’s not a wee bit glummy. It’s....great Malbec at a friendly price! Omg. Ripe and fresh. A little simple but I have no complaints. Curious to see how the zapata levels up — 3 years ago

Serge, Severn and 12 others liked this 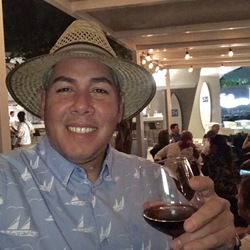 Oh damn. Well. The Gascon workaday bev Malbec is good but this is...deeper and has balance if not nuance. The art film that is arresting despite depth.So. That.The thing is I didn’t expect it to knock out the basic Gascon but damnnnn the ripe plus the ripe plus superb levels that are not...see/breathe/chemical through. Very pretty to look at and there’s more than meets the eye. — 3 years ago

Trixie, GV and 15 others liked this