Text book brunello on a really good vintage. Crushed flowers like a barolo but Tuscan spices and lots of red fruit. Great length and a very elegant finish. Drink now or hold for years, your choice. — 3 years ago

with Adriana
Billy, Severn and 8 others liked this

Shay, Vanessa and 8 others liked this 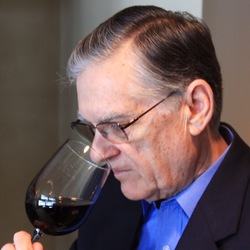 Like pouring honey into your glass. Stunning and memorable. Don't order dessert with this wine-----it is the dessert. Wow! — 6 years ago

with Tom and Gregory
Gregory liked this

A Bandol stalwart in my favorite style - roast chicken rose’. Not for the pool. Powerful and shy, savory flavors and aromatics - dried out wild strawberry and herbs de Provence. For allocation struggles, seek this instead of Tempier. — 3 years ago

MaJ, Arden and 28 others liked this

Kicking the night off in good form as the 2006s in general are showing really well the past year or so. Developing toasty notes of nuts followed by honey and a bit of white stone fruit. — 3 years ago

Aaron, Severn and 18 others liked this

Fathers Day in style. One of my very favorite wines from anywhere. Clos Canarelli Corse Figare Rose. It’s simply exuberant, but has a fresh, thirst quenching character to it as well. It takes a special bottle to pair with this album which I received as a Father’s Day present. The one and only recording from Michael O’Shea who played a self made 17 strong dulcimer of sorts and was encouraged by members of The The and Wire to record this in the early 80’s. Both have a soulful mystery to them which make for a wonderfully introspective time on an introspective day. I love that my family humors these little obsessions and shares them with me. — 3 years ago

Mike, Severn and 40 others liked this

Black raspberries dominate the palate. Integrated tannins for such a young boy. Medium acidity will lend to cellaring for a decade or more. Punch in the face Napa cab. Delicious — 3 years ago

Shay, Douglas and 17 others liked this 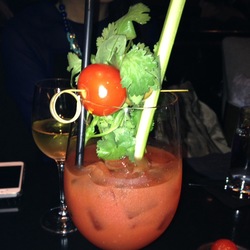 1990 Lafleur. My fave of the blind tasting. This one was confusing at first because the color was brown and it was very thin. Decanted at least 2 hours before pouring. This wine changed dramatically throughout dinner. Took on a really complex nose- savory, perfumy, floral, and savory at the same time. My favorite. — 3 years ago