Conrad Green is a multiple award winning television producer who has worked on numerous hit reality shows including Dancing with the Stars and, most recently, ABC's The Gong Show . Unlike host Mike Myers' alter ego Tommy Maitland, Conrad is a actually from the UK, where he began collecting wine twenty years ago. For the last fifteen years, Conrad has lived and worked in Los Angeles, where he drinks wine with a number of great friends and fulfills the role of unofficial Delectable stenographer. Delectable: What sparked your passion for wine? Conrad Green: In 1998, a great sommelier, Matt Wilkin, paired a 1990 Auslese Riesling with a foie gras boudin and I was entranced. Once I’d seen how wine and food could elevate one another I got much more interested in wine. D: What wine region are you wild about right now? CG: I’m loving Rioja right now. In the last few years, I’ve been enjoying wines more with age on them, and in Rioja and Piedmont, it’s still possible to get really good wines with bottle-age for semi-reasonable prices. But, you need to expect some misses with the hits. D: What is the most unusual wine you’ve ever tried? CG: I had a Georgian red from the ‘40s that was reputed to have been from Stalin’s personal cellar. Not sure of the provenance, but the palate was pretty grim. Fitting, really. D: What is your golden rule for wine? CG: My golden rule is to follow great producers in ‘off’ years. I’m more interested in an exceptional producer in a challenging year than just buying across the board in supposedly great vintages. You learn a lot more about the producer you love, and many, many great wines are relatively undervalued because of this. D: Say you’re not allowed to have wine, what is your second option? CG: If I can’t have wine, I’m usually drinking water as my penance. But being a Brit, a stiff gin and tonic (Monkey 47 is my current fave) is always welcome. D: Choose a movie, book, quote, or song and pair it with a wine CG: “Some Like it Hot” would go perfectly with a 1988 Krug from magnum. Effervescent and light, but beautifully made with real quality in all its components, and it has aged beautifully. The Champagne is good too. D: If you were a wine, what wine would you be? CG: I’d like to think I’m a Roulot Meursault—sharp, bright, vivid and exhilarating, but I suspect that I’m more of 1998 Domaine du Pégau Châteauneuf-du-Pape—a bit ripe, boozy, some character in the mid-palate and reasonable company for an evening.

Quite alcoholic and high toned on the nose with bright plum and Black pepper. On the palate silky, with intense red fruit, sweetness and a hint of burn. Still young and quite hot, but could settle into something interesting. — 4 years ago

LM, Keith and 5 others liked this

Got to read it! Never seen this CNDP.

Very interesting profile in the “Featured” section. I had no idea you were from across the pond. As to this wine, it will soon be nigh impossible to find a CDP that is not too high in alcohol, thanks to our ruining an entire fucking PLANET!

Sadly too true Tom. Worth getting wines you love now as there’s a danger many could change beyond recognition.

Marmalade colored. Like an aged tokaji. Orange peel notes with a soft middle and length. Sherry notes — 4 years ago

with BOT, Matt and 1 other
Shay, Eric and 9 others liked this 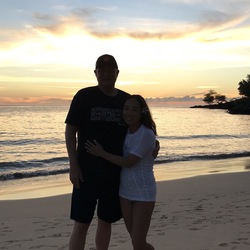 Had a 71 blind a few months ago that was so good. Called it as old Stony Hill, but couldn't even venture a guess on vintage. with Chris, Howard and 4 others
Eric, Keith and 14 others liked this

A warm berried nose with soft oak and a gameyness. On the palate, a bit of sour cherry, blackberry and a whiff of licorice. Lovely balance with a long life ahead — 4 years ago

Tom, Keith and 12 others liked this

Intense nuttiness and sweet orange. This is so pure, intense and looong it’s crazy. Really spectacular. — 4 years ago

with Paul
James, Shay and 11 others liked this

Would be cool to compare with your great, great grandfather’s tasting notes! 😜🍷

Light but intense. Bright floral notes. Shiny. Very pure with a dusky note. Fresher than the Laguiche but less density and depth. Very classy stuff. From Mag. — 4 years ago

with Matt
Eric, Keith and 6 others liked this

Light lime and delicate floral notes on the nose. A glycerin sweet mid palate with resolved fruit and good balance. — 4 years ago 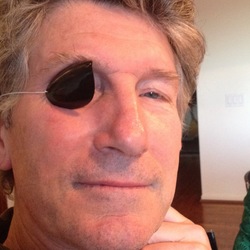 with Major-General
LM, Martin and 3 others liked this

with BOT, Matt and 1 other
Pazzu, James and 10 others liked this

A nice nose of cool spicy fruit. On the palate strong tobacco and a leathery plum. The fruit is good and this is still dense and contained. A quality Rosso with some length and life ahead. — 4 years ago

Eric, Weijie and 4 others liked this