Happy World Book Day! From the colorful rhymes of Green Eggs and Ham to the chapters upon chapters of Anna Karenina, any book big or small, pictures or no pictures, fiction or memoir, should be celebrated today. What could be better than curling up in a comfortable chair, grabbing a great book, and sipping on a glass of wine or a cocktail? We’ve gathered a list of famous lines from literature that reflect well-known beverages. Pair these drinks with the novel they are found in or mix it up and come up with your own creations. 1. The Great Gatsby – Mint Julep “Open the whisky, Tom,' she ordered, 'and I'll make you a mint julep. Then you won't seem so stupid to yourself... Look at the mint!” 2. Breakfast at Tiffany’s – Champagne “That Monday in October, 1943. A beautiful day with the buoyancy of a bird. To start, we had Manhattans at Joe Bell’s; and, when he heard of my good luck, champagne cocktails on the house. Later, we wandered toward Fifth Avenue, where there was a parade. The flags in the wind, the thump of military bands and military feet, seemed to have nothing to do with war, but to be, rather, a fanfare arranged in my personal honor.” 3. Casino Royale – Vesper Martini “A dry martini,' he said. 'One. In a deep champagne goblet.' ... Just a moment. Three measures of Gordon's, one of vodka, half a measure of Kina Lillet. Shake it very well until it's ice-cold, then add a large thin slice of lemon-peel. Got it?” 4. The Crying of Lot 49 – Whiskey Sour "...into the layering of a lasagna, garlicking of a bread, tearing up of romaine leaves, eventually, oven on, into the mixing of the twilight’s whiskey sours..." 5. A Christmas Carol – Smoking Bishop Punch "A merrier Christmas, Bob, my good fellow, than I have given you for many a year! I'll raise your salary, and endeavour to assist your struggling family, and we will discuss your affairs this very afternoon, over a Christmas bowl of smoking bishop, Bob." 5. Henry IV (Part 2) – Sherry “A good sherris sack hath a two-fold operation in it. It ascends me into the brain; dries me there all the foolish and dull and curdy vapours which environ it; makes it apprehensive, quick, forgetive, full of nimble fiery and delectable shapes, which, delivered o’er to the voice, the tongue, which is the birth, becomes excellent wit…” 6. Ulysses - Burgundy “Glowing wine on his palate lingered swallowed. Crushing in the winepress grapes of Burgundy.” 7. The Sun Also Rises – Jack Rose “At five o'clock I was in the Hotel Crillon, waiting for Brett. She was not there, so I sat down and wrote some letters. They were not very good letters but I hoped their being on Crillon stationery would help them. Brett did not turn up, so about quarter to six I went down to the bar and had a Jack Rose with George the barman.” 8. The Catcher in the Rye – Scotch and Soda “I ordered a Scotch and soda, and told him not to mix it—I said it fast as hell, because if you hem and haw, they think you’re under twenty-one and won’t sell you any intoxicating liquor.” David, Ron and 1 other liked this Soshi, Yuri and 3 others liked this Brian, Bob and 1 other liked this Sometimes you visit friends at restaurants and sometime STUPID people leave behind some Krug (morons) and you friend gives you a sip of their discarded magic. So...everything. I forever love Krug. Dunno if I love it or Dom Ruinart better I guess it depends on the style I desire. — 3 years ago

Serge, Matt and 17 others liked this

@Neil Valenzuela i mean, there are a couple other bubblies I’ll accept but Krug is a champion. Cheers! 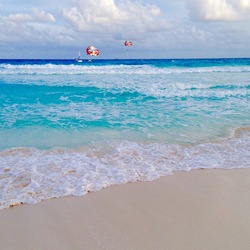 Ron, Hermes and 8 others liked this 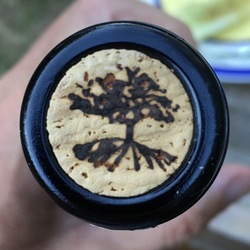 Dark colors. Red, purple and lavender. Smells fruity and like herbal tonics. Hint of a sugar infused meat perhaps. Flavor is nice. Citrus and mulled wine spices blend in with the berries and licorice flavors. Rich and thick. Bit of smoke in there too. — 3 years ago 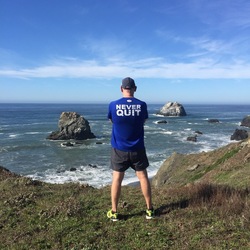 Loads of yeast, pears, white flowers, balance of acidity and fruit. — 3 years ago

Ira, Maynard and 2 others liked this