Aaron grew up in Philadelphia, went to college in Pittsburgh, and now lives in Chicago with his wife and two young children. A lifetime of tinkering with computers led him to be the co-founder and Chief Technology Officer of Sprout Social, a software company that helps businesses interact with their audiences in social media. As in tech, in wine Aaron enjoys its natural ability to connect people, and he appreciates the craftsmanship, care, and persistence that go into making a product great. Delectable: What sparked your passion for wine? Aaron Rankin: A single bottle rocketed me from Franzia college parties to high-end Napa Cabernet . I spent a summer during college with an older, wino cousin while I pursued an internship. One dinner, he popped a Napa Cab from Groth. The aromatics, the flavors, the textures. It was all so new and mysterious. So, this was wine! I’m sure the $75 price influenced me, against my college budget and limited perspective, but the experience is still vivid. A couple of years later I celebrated my graduation with the same cousin. He ordered us a Cakebread Cab at dinner. With the first smell, I was transported back to that Groth. And from that point on, with a degree in hand and a job lined up, wine became an item in my budget. D: What wine region are you wild about right now? AR: My cellar would tell you Sonoma , but I’m most curious about Rhone, particularly the north. I’m relatively new to the style of their reds, and like with stinky French cheese, I am drawn to the bold umami. D: What is the most unusual wine you’ve ever tried? AR: An extremely rustic version of a Schioppettino from Fruili. I had it at Next Restaurant in Chicago, for their Terroir menu. The somm described the winemaker as an old, hermit Italian man, who foot-presses grapes grown in his purposely untended vineyards. The earthy food and story paired to the wine, bringing to life the funkiness, texture, and intriguing complexity. I had tasted nothing like it before, nor since, and the experience added an exclamation point. D: What is your golden rule for wine? AR: Pair wine to the circumstances: food, season, mood. I have overall preferences, but I’m drawn to the bottle that matches “now”. D: Say you’re not allowed to have wine, what is your second option? AR: Depends on circumstance too! With tacos or Asian food? A nice lager. With evening conversation? Any style of whiskey . D: Choose a movie, book, quote, or song and pair it with a wine AR: I’m a big fan of The National. Every song of theirs reminds me of Autumn – crisp air, smells of fallen leaves, reasons to wear flannel, and for me, the desire to drink Pinot Noir . I crave the wine every time and my love of both shows in my music collection and cellar. D: Is there a wine you’ve previously tasted that you would like to re-taste? AR: My palate has evolved a lot in the last 5 years, and I’d love to go back and try the most interesting wines from 5, 10, 15 years ago. I see them in pictures and saved corks, but I have no recollection. That was a time when I was eagerly curious and learning, but too early on the curve to understand what each bottle represented, and to remember them for what they were.

Pardon me while I continue my summer CdP binge. It’s like Christmas in ... August. I’m having this a night after an ‘07 Beaucastel, and for me, this takes the cake. Great funk in the nose, high toned complexity especially on the front to mid-palette, incredibly long finish. For me, this is perfect CdP. — 4 years ago

Ron, Maria and 6 others liked this

Thanks @Severn Goodwin. Love your notes, especially how the wine fit into what you were doing. Also shows me I need to drink more French.

Thanks also @Aaron Rankin it's great meeting others in the Community. I used to drink way more CA, but my palate has changed and I've been moving towards France (Burgundy) heavy in the past few years. Still buying Napa stuff but lesser quantity, generally I like them aged, we have plenty in storage, but enjoy those best with 8-10+ years. It's a big wine world, lots of taste experiences out there 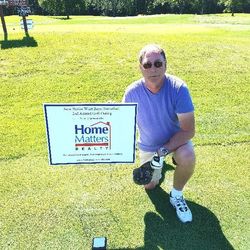 Congrats. On your delactable feature article, a nice read.

WOTN and the first Lebanese wine I’ve had that’s noteworthy. Bdx in style and age has been its friend. Still some life left. — 4 years ago

James, Samantha and 4 others liked this

Poured Bdx and Napa for some novices, to demonstrate stylistic differences. Wasn’t a fair comparison, per varietals and age, but directionally right nonetheless. This was showed very well IMO. Nice complexity and still plenty of structure for aging. I gave it 8 hours of slow ox. — 4 years ago

Severn, Craig and 1 other liked this with Ryan and Kris
Ryan, Ron and 5 others liked this

My first old Barolo, ever. Although “old” is inaccurate as its window is really just open for drinking. The table generally loved it. Nose bursted forward and the complexity was outstanding. The structure is well intact. This will likely only improve. — 4 years ago

Ron, Anthony and 1 other liked this

Turley Zin: my go-to BBQ pairing. This was drinking nicely. Very primary, which was nice with the food. — 4 years ago

Shay, Ron and 2 others liked this

The poolside wine. Sunscreen hand smudges all over the bottle. — 4 years ago

Shay, Ron and 6 others liked this

Crowd pleaser. I converted several chard drinkers to the ways of Gruner. — 4 years ago