One more to review (says she giving her spittoon side eye). Unless another amaro shows up before the end of the week. I’ll taste it! Not that this assignment was displeasurable! Into this. If mint, kumquats, and undisclosed herbs had a love child that is this. One of the lightest and brightest. Sunshine out of the Czech Republic. Another fave. — 4 years ago

@Trixie get your hands on some! Totally tasty

Another “is it amaro?” But I care not because I really like it. Stupid bitter. Ever so much mint and maybe licorice but mostly just bitterness that makes you wanna keel over but in the best way. This bitter is a happy field trip. — 4 years ago

Severn, "Odedi" and 9 others liked this

Not so gloomy as my expression. Baking spice and lemonade. Need I say more? I might in my article (coming in August!) but for now I’m down. Mostly a mixer but damn. Yum. — 4 years ago

Ron, Paul and 11 others liked this

My fave mellow Amaro so far. This would be a super mixer. But for those turned off by the realllllly bitter amaros (not I but I get it) this would be a thing. Orange peel, cinnamon, something, oh, bark-y? Truly lovely. The masochist in me prefers ramozotti if I had to sip Amaro straight but I’m friggin’ adoring this. — 4 years ago

Daniel, Serge and 19 others liked this

‘Tis fortunate concerned friends are sending amaro my way. Supes into this. The friend who sent it my way despises licorice. Which I adore. So tasting note number one: licorice/anise. But like light citrus and herbes de Provence. I adore it. — 4 years ago

@Paul Treadway Huntington Beacher Bum not your cup of tea?

I draw the line at Red Vines,

@Paul Treadway Huntington Beacher Bum so I take it you are missing out on the joys of absinthe? Well...I guess to each their own—I can’t—or haven’t, I should say—developed appreciation for smoky booze so I get it. But gosh I do love the licorice flavor

Oh hell my fave. If pushed this is my fave. Amaro. Ridiculously bitter.odd sweetness almost too much but not. Hell I LOVE CYNAR. — 4 years ago

Ron, Severn and 19 others liked this

@Michael Meyer just tried and reviewing! Holy heck my fave so far. Wouldn’t say it is the bitterest if my tries—more like perfect 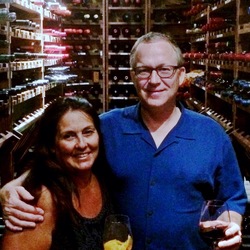 It is a beauty @Ellen Clifford. The honey notes make a nice contrast to the bitterness. Agree...it is perfetto! 👌

Supes similar to Montenegro but...more baking spice, more ginger that is. A whiff of orange blossom. So yummy. Dammit I can’t really choose a fave Amaro yet. I’m in for what bitters can do. — 4 years ago

Daniel, Serge and 9 others liked this

Love this stuff. Makes a great negroni or w tonic or club and lime!

Time for objective reporting. I hate smoky but I recognize balance and complexity as much as I recognize a lot of people (hello mezcal and scotch lovers!) are into smoky. This is smoked cherry pie. Not for me but if I dug smoke I’d drink the heckums out of it gosh darn it. Ergo I give it a huge thumbs up and will never drink it again myself. But I bet YOU will. — 4 years ago

Trixie, Isaac and 9 others liked this

Is that a wine or liqueur??

Better than I dreamed! No such thing as too bitter. So imagine you took a s’more, doused it in, say Montenegro tossed it in a fire. This beauty is The Best Amaro I’ve tasted yet. Smoke, bitter, sugar, wood and spice. WTF this is the genius thing we all need. — 4 years ago

Severn, David and 11 others liked this

After reading your article and seeing your posts I will have to try this! Thanks for opening another door for me!

@Sharon B my pleasure! Let me know what you think!

Meant to be shot in that case wow awesome. In general it is Christmas spice on speed. Ready to puncture your taste buds and intestines? I mean it is tasty and ridiculously potent to sip but...def a mixed or (if you will) a shot. Eh... — 4 years ago

Daniel, Stanley and 6 others liked this