One of my favorite wine makers, especially love his Zins. Having this with the boyfriend with our Christmas lasagna. — 6 years ago Noah, Bert and 4 others liked this

Liked this but the Cabernet from Diamond Mountain is so much better. — 3 years ago 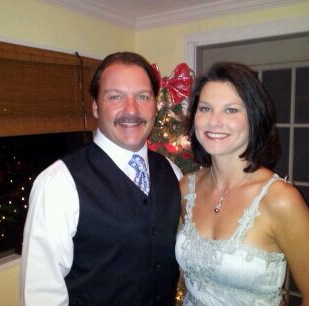 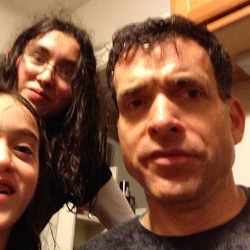 Warm, complex with a nice finish. — 7 years ago On the nose; macerated lemon syrup, ripe golden & green apple, grapefruit, Bosc pear, golden raisins, volcanic minerals, chalky limestone, yellow lilies and jasmine. The body is thick and round...a fair amount of lee’s contact and bâtonnage. Syrupy macerated lemon heads, ripe golden & green apple, grapefruit, Bosc pear, golden raisins, butterscotch, volcanic minerals, chalky limestone, yellow lilies and jasmine. The long finish is rich and beautiful and lasts over a minute. Photos of, a Hudson Vineyard and the harvest team picking the Merlot at night. Producer notes...Christopher Vandendriessche (Winemaker shown in the right photo) was raised at White Rock Vineyards, his family's estate in the southern foothills of the Stag's Leap Range of Napa Valley. He holds degrees in Physics from UC Santa Cruz and Enology from the University of Bordeaux. Christopher spent his early winemaking years in Bordeaux, Burgundy, Spain and Argentina. Afterward, he returned to Napa as the Assistant Winemaker under John Kongsgaard at Luna. In 1999 Christopher took over winemaking at his family's winery, where he continues to produce White Rock wines, as well as Hudson wines. However, White Rock was destroyed in the recent fires in Napa/Sonoma. Hudson Ranch is owned by Lee Hudson (shown in the photo on the left). He was born and raised in Houston, Texas. Lee received his B.S. in Horticulture at the University of Arizona. After his studies at U of A, he worked Jacques Seysses of Domaine Duja located in Morey St. Denis, Burgundy. It was there he learned that great grapes from hallowed vineyard sites produce truly world class wines. Lee returned to the States to continue his graduate studies in viticulture and enology at University of California at Davis, where many of his classmates are now his clients. Lee searched for property from Santa Barbara to Mendocino, before deciding on the Carneros property in Napa Valley and founding Hudson Vineyards in 1981. They grow 17 different varietals...many you might now expect. Including; Aleatico, Albariño, Arneis, Cabernet Franc, Cabernet Sauvignon, Chardonnay, Grenache, Merlot, Pinot Noir, Friulano, Ribolla Gialla, Sauvignon Blanc, Syrah, Verdejo, Vermentino & Viognier. The also sell fruit to the following producers; Arietta, Aubert, Bedrock, Robert Foley Vineyards, Failla, Keplinger, Kistler, Kongsgaard & Patz & Hall. — 3 years ago

Laura, Paul and 13 others liked this