2020/5/5 with grilled lamb leg heart from a Lulu Peyraud / Richard Olney recipe and grilled zucchini. This certainly had the inimitable Northern Rhone bottle bouquet going, though it’s also quite lithe and red fruited, as opposed to deep and dark, with prominent acidity. It reminds you of the diversity in Northern Rhone terroirs - and that (if I recall) the Chance estate St. Jospeh is from relatively young vines — 5 months ago 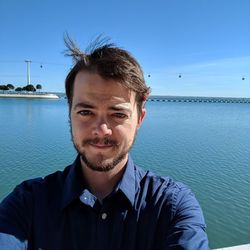 It might shock you, but my favorite rosé is not French but instead comes from California! Blasphemy, I know - but Bedrock's Ode to Lulu is just that good. The difficulty is actually finding a bottle. For the last three years, I've only been allocated a case (or less) to sell here in Denver. It's possible you are one of the select few I've actually told about this wine... If not, now is your chance. This is the first year there's an "okay" supply. It won't last, but you should be able to get a bottle. So yes, it's not French but it's made in the same style and method of Tempier Bandol Rosé- the most sought after, cult rosé out there. The name "Ode to Lulu" is actually an homage to the 4.5 foot tall, 101 year old woman named "Lulu" Peyraud (born Lucie Tempier) whose father gifted the Mourvedre heavy estate to her and her husband Lucien Peyraud. The wines they would go on to produce from the 1940's onward quite literally defined Bandol and put it on the map as some of the best rosés out there. She's still alive and presumably drinking plenty of wine.This California-born "Ode to Lulu" is modeled after the great Tempier, but has some unique properties compared to it's French namesake. For one, the vines are EXTREMELY old. Tempier defined itself by focusing on old Mourvèdre and Grenache plantings, but even these French vineyards cannot compare to what Bedrock is working with in California. If you don't know, Bedrock is the winery of Morgon Twain Peterson, son of legendary Ravenswood founder Joel Peterson. Morgon grew up making wine and through his father has cultivated relationships with some of the most important heritage vineyards in California. The "Ode to Lulu" is made from Mourvèdre and Grenache planted as far back as 1888! These are some of the oldest plantings of these grapes around and make for unbelievable wines. Tempier's average vine age is around 40 years old today. Bedrock's is over 3x as old. Insane.Morgon may be young, but he has a life time of winemaking experience. He started making wine with his father when he was 5 years old and hasn't stopped yet. In addition to absorbing his father's knowledge on heritage vineyards, he is a real student in the world of wine, earning a "Masters of Wine" designation (this industry's highest achievement). I've been drinking his wine for several years and I can say that his wine is made extremely thoughtfully and with expert attention to detail. This is true even with a wine as humble as rosé.Unlike most California pink wine, Bedrock is not produced by "bleeding off" juice from a red wine. Instead, the grapes are picked early and separately at very low potential alcohols, and whole cluster pressed with low extraction. This preserves the freshness and acidity, creating a wine of clarity. In an old blog post I dug up, Morgon explains this idea:"I pick at potential alcohols lower on the scale where brightness and lift still exist. This is not to say that fruit does not matter—I use Mourvedre from a block planted over 120 years ago for requisite concentration of complexity of flavor—but like fine champagne, the wonders of rosé lie in its unbearable lightness of being."I agree with this idea of rosé and I think most people instinctively do as well. It's no coincidence that our best selling bottles come from provence. However, I urge you to pick up at least one bottle of this Ode to Lulu. It's a wine that's close in spirit to the best French rosé but made from vineyards that are American and unrivaled in age.This is the fourth vintage of Ode to Lulu I've tasted, and I would say that's the most elegant yet. The 2015 was maybe my favorite for it's depth and I picked a few up to age, drinking my last bottle recently... This new vintage is great now, but it will reward with a short cellaring time. Honestly, if you can hide 2 bottles and drink them before fall or into next year, you will be blown away. Bandol rosé is a wine that improves dramatically over the course of 6 months to several years (Tempier Rosé is known to go decades). This bedrock is no different.I can personally attest to past vintages gaining depth with time. How is this possible? Unlike other rosé which should be drank young, Bandol and Ode to Lulu are made of Mourvedre, a grape that is naturally reductive and resistant to oxidation. Further, the acidity is high and alcohol low. As the acidity starts to fall away, a depth and richness of character will emerge. In fruitier/riper rosé with more alcohol, this richness becomes too sweet and cloying... Not the case here. This keep balanced through time, gaining complexity while remaining refreshing. You should buy this wine. However, I think there is one more important facet to rosé that I should mention before you do... Rosé is not always about what's in the glass itself. Rosé is really an ethereal thing... It's more so an "essence" of terroir and vintage rather than a sturdy, hard representation like red wine is... Sorry if that doesn't make sense but what I'm trying to say is that sometimes rosé is more about the place and the people you enjoy it with than the exact flavors themselves. Of course, we cannot all visit the picturesque village of Bandol to visit Lulu Peyraud; but I think, with this sunny Colorado weather, we can come close. Perhaps Morgon said it better than I can:"Proper rosé is refreshing, life-nourishing stuff that revives the soul... I drink as much for pure pleasure as for intellectual stimulation. In the warmer months there is something sacred about a late afternoon meal of cold chicken, fresh garden tomatoes, and rosé. It is one body in the sacred trilogy of rustic simplicity." - Morgon Twain Peterson#rose #oldvine #lulu #tempier #bedrockwineco — 2 years ago 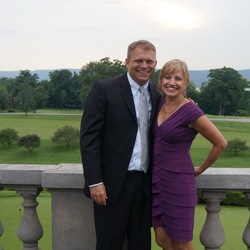 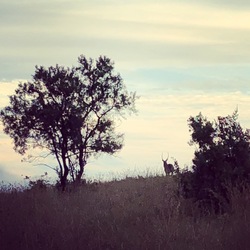 Ode to Lucien Peyraud, the founder of Domaine Tempier and this Bandol Rouge style blend would make him proud. 75% mourvedre, 15% grenache, 10% syrah. Drinking well young for purity of the fruit and the finesse the wine shows, but should develop some serious complexity with several more years in bottle. — 2 years ago

Shay and Trent liked this 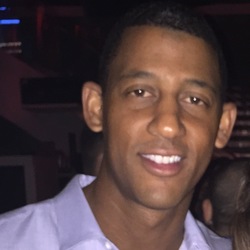