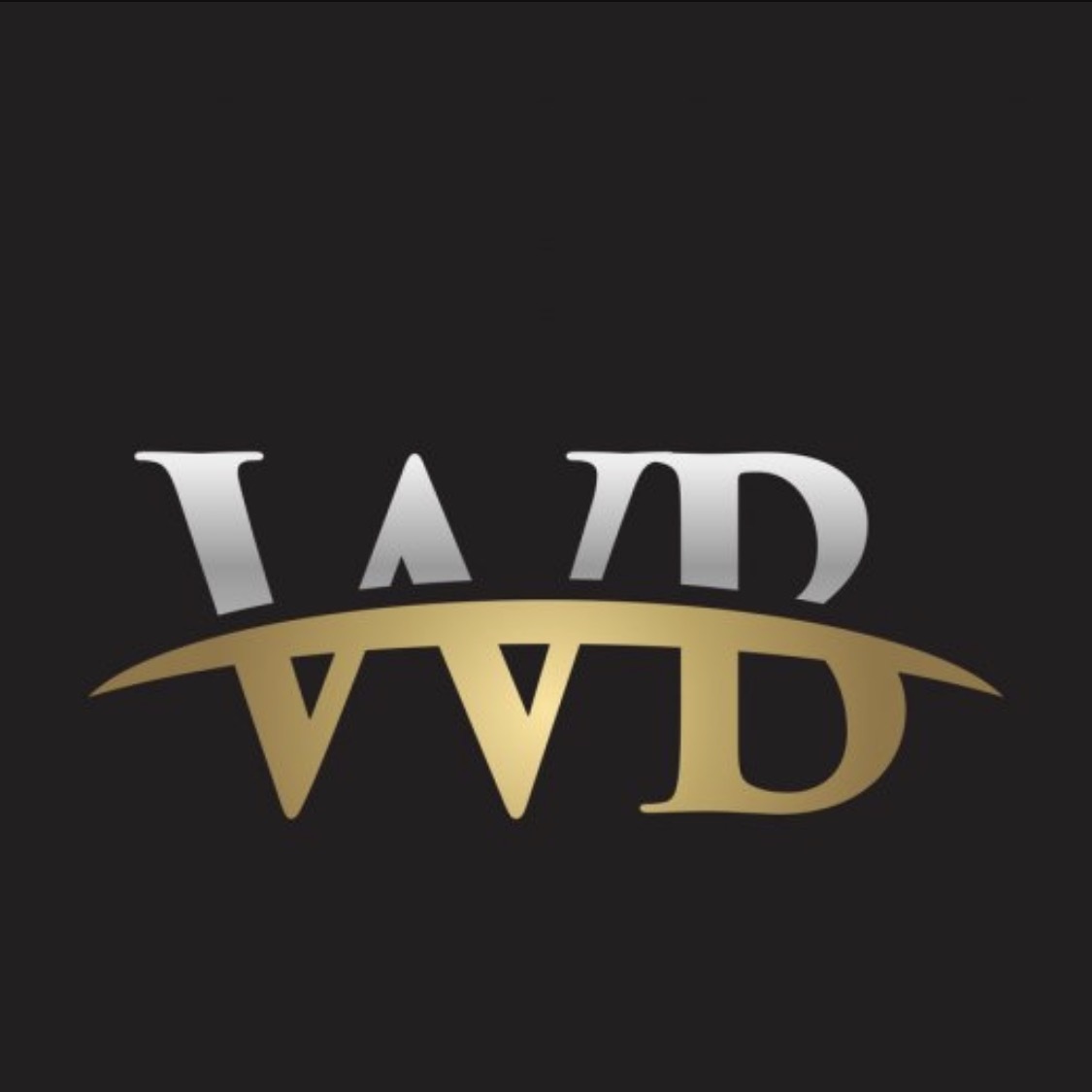 This is a charmer in a Botlek, lovely second label from this great estate. — a month ago

Peter, Jan and 3 others liked this

with Brenda
Brenda, Alex and 28 others liked this

@Shay A . Check out Robert Parker a matter of taste website for updates. They hold terrific live events (NY, Napa, etc). But, recently doing zoom events...2010 Bordeaux and Rhone valley before this. Also, check out Decanter events (most for Europe..darn). But for US, doing a taped zoom tasting....Verite: evolution of a decade.. 2008 vintage and 2018 vintage tasting kit of the 6 wines and watch tasting with Pierre Seillan & Helena Seillan. Cheers!

Equally as good as the Palm d'Or but in a totally different way. Yeasty, 🍞, pear, apple. Intense flavors. The yang to the Feuillatte yin. Aperitif for Kuruoshi Beef/Ch. Trotanoy Dinner @Pignetti's Restaurant, Temple, TX — 5 years ago

Ron, Shawn and 3 others liked this 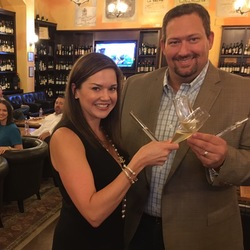 Had it not been for the 1982 Trotanoy this would have been WOTN. Absolutely incredible and the best showing I've experienced with this incredible wine. Another one that really needed some air to strut its stuff but when it busted out we were all blown away. Maybe my favorite Palmer and as good as it is now I imagine another 5 years and this might be a prefect wine — 5 years ago

Shay, Weijie and 12 others liked this 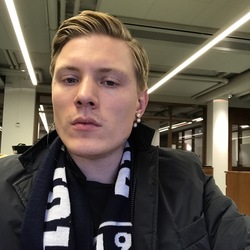 Ericsson, Martin and 10 others liked this

3000th post. 🎉 On the nose; sweet, lush; black cassis, liqueur notes, sweet tarry notes, rich, lush; blackberries, dark cherries, black plum, plum, caramel, mocha, caramel, baking spices, warm, moist, rich, dark soils and fresh dark florals. The body is M and the tannins are round and soft. She is a beauty. Ripe, rich; blackberries, black plum, plum, dark cherries, black raspberries & poached strawberries. liqueur notes, sweet tarry notes, dark chocolate, mocha, caramel, baking spices, menthol, warm, moist dark earth, soft leather, dry rock powder, sweet black tea, fresh violets, dark, red florals, perfect round acidity and a rich, round, elegant fruit driven finish that last and lasts. Photos of; Clos E'Lgise and estate vines, signage, Helen Garcin-Leveque and her husband Patrice Leveque and their barrel cellar. Producer history and notes...Clos L’Eglise is one of the older chateaux in Pomerol dating back to the 18th century. The same time the farmhouse that is still in use was constructed. At the time, Chateau Clos L’Eglise was a larger estate. It once had been apart of the Gombaude Guillot. Eventually the estate was split in half. On one side of the street, you had Chateau Clos l’Eglise; which was owned by the Rouchut family. Across the street sat Chateau Clos l’Eglise-Clinet, which was owned by the Mauleon family. After awhile, Clos l’Eglise Clinet eventually changed its name to Chateau l’Eglise Clinet which also simultaneously gave birth to what we know today as Clos L’Eglise. While the wines are now produced by Helene Garcin that was not always the case with Clos L’Eglise. At one point, the estate produced wines under a leasing arrangement held by the Rouchut family. The modern era of Clos L’Eglise began in 1975, when the property facilities were all redesigned and modernized by the Moreau family. The Moreau’s also owned Chateau Plince. The old, non temperature controlled wood tanks were replaced by stainless steel. The vineyards were also expanded. Instead of buying more vines, the owners simply planted land that was being used as a pasture. Imagine now, Pomerol land being used to feed cattle. In the past, the property was planted with a much larger percentage of Cabernet Sauvignon, near 20%. All the Cabernet Sauvignon vines were eventually ripped out and replaced by Merlot. The next step of it's evolution took place in 1997 when the Right Bank estate was sold to Sylvaine Garcin Cathiard by the Moreau family. If the Cathiard name sounds family, she is the sister of Daniel Cathiard, the owner of Chateau Smith Haut Lafitte. The sale set a new benchmark price for Pomerol when it sold for 12 million Euros! Today that price would be laughable! Prior to 2000, that was considered a huge price for Pomerol. Further investment was needed to replace the aging concrete vats and again modernize the facilities. In fact, the first vintage of Clos L’Eglise made by Helene Garcin was produced at Haut Bergey in Pessac Leognan. Helene Garcin also manages two estates in St. Emilion, Chateau Barde Haut, Chateau Poesia (Mendoza, Argentina) and Branon, which is situated in Pessac Leognan. Helene Garcin was put in charge of the property. She hired Michel Rolland as a consultant and a complete renovation of the facilities took place. Michel Rolland was eventually replaced by Alain Raynaud. Starting with the 2015 vintage, Thomas Duclos recently replaced Alain as the consultant. Their property is nearly 6 hectares. L’Eglise soils are rich clay, gravel and iron. It's located on a sloping hill near Chateau Clinet, Chateau L’Eglise Clinet and Chateau Trotanoy. Clos L’Eglise is planted to 80% Merlot and 20% Cabernet Franc. On average, the vines are 35 years of age. There is one old parcel of Cabernet Franc that was planted in the 1940’s. Vinification of Clos L’Eglise takes place in 55 hectoliter, insulated, stainless steel tanks. The new steel tanks replaced the oak vats in 2012. Malolactic fermentation takes place in barrel. Clos L’Eglise is aged in 100% new French oak for between 16 and 18 months. The property also has a second wine, Esprit de L’Eglise. On average, about 1,200 cases of Clos L’Eglise are produced every year. — 5 years ago

Jeff, Eric and 24 others liked this

Congratulations on 3000! This wine was so nice to drink- glad to share with you❤️

Great post! And I didn't need to pay to read it!!!

The 2019 La Fleur-Pétrus is pure and total seduction. Trotanoy and perhaps also Hosanna have traditionally been viewed as more exclusive Pomerols in the Moueix portfolio. The more time passes, the less I share that view. Sure, La Fleur-Pétrus does not have the mystique associated from a small single vineyard - as many Pomerols do - and yet there is no denying the elegance and class here. Bright red fleshed fruit, blood orange and exotic spice race across the palate, framed by silky, plush tannins that wrap it all together. La Fleur-Pétrus is fabulous. That's all there is to it. (Antonio Galloni, Vinous, February 2022) — 4 months ago

The quintessential champagne. Drinking it for dessert. Delivers the goods every time. If you don't like this, we can't be friends. Kuruoshi Beef/Ch. Trotanoy Dinner @Pignetti's Restaurant, Temple, TX — 5 years ago

Chris, Joe and 11 others liked this

Chris, Ron and 4 others liked this

Ron, Shawn and 1 other liked this