Juan, Tom and 2 others liked this 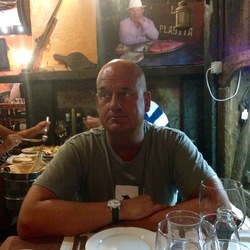 The Sei Solo wines by Javier Zaccagnini-the founder of Aalto comes with the 2011 version for the first time on the market. Javier begins with this new project in 2007. The Sei Solo only wines with grapes from Tinto Fino (Tempranillo) with vines which between 60 and 90 years old. The old vineyard, just ' tino fino ' is located in the small village of La Horra, heart of the famous Ribera del Duero region. La Horra is known for its wealth of unique ancient vineyards, also bv. Pingus, the exclusive cult wine by Peter Sisseck comes to it. Javier makes there already for some years, but they only wanted to release top wine under its private label ' Sei Solo ' once the wines meet its high demands. The past few years, the little fruit sold to Aalto and was integral in the topcuvée ' PS ', as Javier was still not satisfied. The time has finally come! 2011 is the first official release of Sei Solo with a ' second wine ' called Preludio. Javier Zaccagnini is next to a large wine lover also hooked on classical music. His absolute favorite is Johan Sebastian Bach. As a tribute, he gives this exclusive wine the name ' Solo Sei ', to the exceptional work of J.S. Bach. SEI Solo is a set of six fiddle work. It consists of three sonatas and three Partitas. The label of Sei Solo is in the handwriting of his master j. S Bach. By Sei Solo were there in 2011, only 1000 bottles made of the Preludio 4000 bottles. — 8 years ago

Ruud, Martijn and 1 other liked this Ultra young Aalto but somehow already approachable. Fruit driven, unresolved wood and a serious tannic backbone. I'm used too more aged Aalto's which surprised me by its elegance and balance. I hope time will bring this to the 2016's. — 3 years ago

Severn, Mark and 15 others liked this