Vinous critic, Neal Martin reviews various albums as part of his ongoing Beyond Wine series. Although labeled "Beyond Wine", there is no need to worry about missing out on wine content. Neal makes sure to recommend the perfect wine to enjoy with his album of choice. Matching the album’s release year, Neal recommends the 1970 Pichon-Lalande to sip on while listening to Fotheringay by Fotheringay. Enjoy this excerpt from Neal's album review paired with reviews of 1970 vintages from the Delectable community! ------------------------------------------------------------------------------------------------------ “Since inception in 2003, a self-imposed rule of my Album of the Month is that it must be new. Looking forward is fundamental to music, its lifeblood. That will continue; however, since I have re-engaged with vinyl, rediscovered that vital connection with the music I adore and now idle away weekends in second-hand record shops, I am going to highlight an album or perhaps single that I have acquired in the previous month that might pique the interest of Vinous readers. I might re-evaluate a well-known favourite or it could be obscure. The only rule is quality. What you will certainly glean is the eclecticism of my musical tastes. This month we go back to the early Seventies and English folk. I fell in love with Fairport Convention, Bert Jansch, Pentangle and of course, Nick Drake, in my late twenties. At the centre of this scene is one of England’s finest female singers, Sandy Denny. She formed Fotheringay, named after the castle where Mary Queen of Scots was imprisoned, after leaving Fairport Convention, and was joined by band-mates Trevor Conway, Gerry Conway, Jerry Donahue and Pat Donaldson. Their album is a mixture of original and covers: a rollicking version of Dylan’s “Too Much of Nothing” and Gordon Lightfoot’s “The Way I Feel”. Both are excellent. However, it is Denny’s own compositions that elevate this into one of greatest and I would argue, overlooked folk albums of the era. Her vocals never sounded so plaintive and ethereal. It is difficult to put my finger on exactly why, but Denny’s voice, her timbre and inflection, makes her sound as if she is singing from centuries back in history, like medieval princess pining from her castle tower to a lost prince. Listen to “The Sea”, “The Pond and the Stream” or the spectral “Winter Winds” and lose yourself. Legendary producer, Joe Boyd, imbues all the arrangements with immense clarity so that the listener can appreciate the outstanding musicianship and, not unlike Nick Drake, gives it a sense of timelessness. The album was a moderate success but it proved to be their solitary release, Denny persuaded by Boyd to embark upon a solo career. She had her own demons, deep-set insecurity and an alcohol problem, which led to her untimely passing in 1978 (spookily, in the same hospital where I underwent my own surgery.) I already owned the CD, but hankered for an original vinyl copy printed the famous pink Island “i” label. I chanced upon one whilst crate-digging at the Guildford record fair. At £70.00 it was not cheap, but the record was in almost mint condition and can abide just a bit of wear and tear on the glorious gatefold sleeve. If you are normal and do not need an original copy, Fotheringay was reissued on vinyl a couple of years back, or you can stream the album on Spotify, Tidal etc. The brief lifespan of the group means that there is not much to find, however that is partially compensated by this stunning live set on German TV program “Beat Club” . Wine Recommendation: I should nominate a bottle from the same year as the record’s release. So I recommend a bottle of 1970 Pichon-Lalande , one of the better wines from the estate in that era and cheaper than Latour.” --Neal Martin, Beyond Wine: Crate Digging - Fotheringay by Fotheringay , August 2019

Good quality Latour that’s holding up well. Nose was shy and took time to open. Color is still quite good. Not as assertive as I have had in the past- but still quality claret. At Bourbon Steak Santa Clara. Sommelier Rob was outstanding on all levels. — 3 years ago 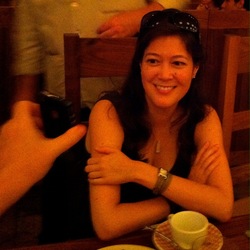 Paul and P liked this 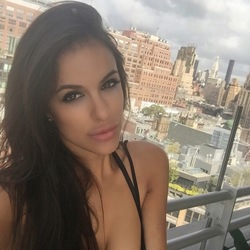 A wine with much more life experience, and almost as much complexity than me. Earthy aroma gives way to an even more beautiful taste of vanilla, oak, and berry. — 5 years ago 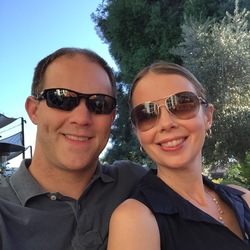 This was outstanding. A perfect bottle. Still plenty of fruit and acidity with the tertiary notes kicking in. The finish just kept going and going. Just beautiful! — 3 years ago

John, Shay and 14 others liked this

Everything is still in place here, although I think this vintage is definitely on its denouement. I haven’t rated for fear of skewing a perfectly good port with a lower score than it deserves. I just can’t handle port anymore. — 3 years ago

P, Glenn and 24 others liked this 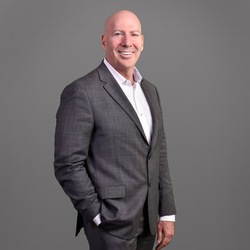 Celebrating a special plus one birthday. Delighted that the vintage held up to the birth date. Earthy, old plum and wet forest. Awesome!!!!!! — 5 years ago

with Russell, Rick and 1 other
Kevin, ADAM and 11 others liked this

Severn, Mike and 14 others liked this Second time I have had this wine this bottled was stunning . Vibrant , great balance, earth and mineral tones wrapped in a nice robe of cassis . Wow! — 3 years ago

Keith, Amy and 10 others liked this

Ok at start. Had it 1 hour later and WOW! Opened up beautifully. Great fruit mid palate, amazing finish. Favorite of the night (so far) — 6 years ago

Eric, Aaron and 2 others liked this