I don’t think this is the correct wine. This Costers del Gravet is Montsant with cab Sauv, Garnacha and samso blend. Earthy and spicy. Nice change up. — 16 days ago

David, Eddie and 2 others liked this

Quite powerful this. Slate and bleach cherry on the nose. Medium bodied and smooth, with light tannins. Dark berry, vanilla, and a hint of sweetness. Quite a bit of alcohol in this one. — 10 months ago

Celler de Capcanes is a modern cooperative in the province of Tarragona. Founded in 1933. Aromas of hot wet bitumen road with mint, menthol, herbs. After a while in the decanter a ripe red fruited perfume and a touch of tar. No sign of raspberry which one often gets with new world Grenache. A medium to full bodied palate. The following night the palate was a little “blocky” without much nuance. I’m somewhat non-plussed for the price and reputation. 100% Garnacha; one of the 1001 Wines; approximately 3000 bottles made. Imported into Australia by the wonderfully named “The Spanish Acquisition “. Postscript: The name derives from when the vineyards were abandoned and taken over by goats (cabra means goat). — 2 months ago

Eric, Daniel P. and 20 others liked this

Very smooth. Love Spanish wines. On the fruity side but good. — 7 months ago 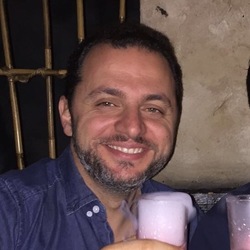 Pinot Noir from Catalunya, Spain - that’s unusual in and of itself. If I tasted this blind I’m not sure I would guess that. Fruit forward, with cherry and cola. — a year ago

Dawn, Ira and 13 others liked this 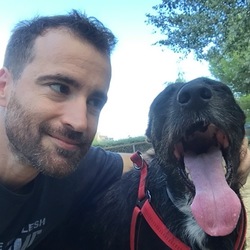 Best Montsant I’ve had. It has the fruit intensity of a Priorat with the backbone of a Cab. Powerful but well balanced. Fruity with some peppery notes. — 3 months ago

Vintage 2013 | dessertwine from garnacha. Smell is a combination of tobacco and chocolate. Vibrant taste. | paired with cherries dessert ~ at Pollevie — 9 months ago

Matt, Peter and 16 others liked this