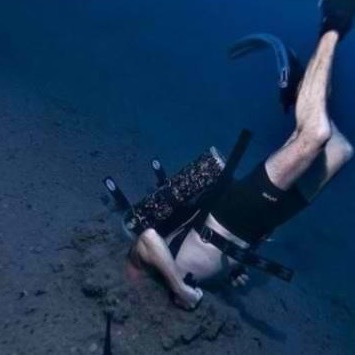 The only way to get the prior bottle stink off is to burn it off! Definitely the hottest chips I’ve had, Chard isn’t bad either Jeb & Parker/lisa 94, but since I found for $30.00 instead of $50.00 from the winery its a 95-96 THE VINEYARDPlanted on the west-facing hillside where the cool Petaluma Gap collides with Sonoma Mountain, this site overlooks a broad sweep of the county from the San Pablo Bay to north Santa Rosa. Our Chardonnay block with an east-west row aspect sits on a sun-drenched, rocky incline at 1000' where fruit yields are naturally limited with small clusters and aromatic fruit.76 cloneWhole-cluster pressing, 100% native yeast primary fermentation, 100% wild malolactic fermentation11 months in low toast, air-dry 3-year-old French oak, 25% newAlc.14.1% | — 2 years ago

Ryan, Severn and 24 others liked this 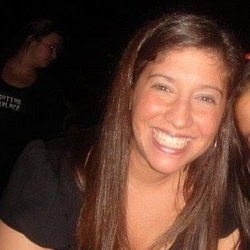 @Paul T- Huntington Beach I love Greg’s wines. I loved Tandem back in the day.

But what about my chip selection @Betsy Schermer ?🤷🏼‍♂️ 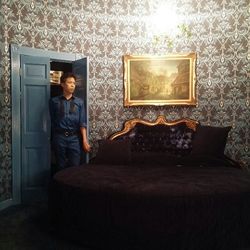 Well sheeeeat. Drinking at 11 years old. It's golden mountains majesty and amber waves of grain. It's the best butter I've ever had in my life made by those death row inmates in Central California. Inject this in me when I die. — 5 years ago 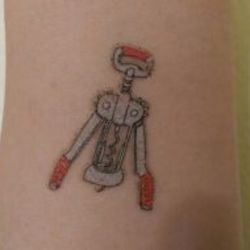 oh... Oh... OH... this just took a wrench to my hedonism dial. And it makes me wonder if Russell From tripped and accidentally dropped a jug of creme soda extract into the tank, and then said "fuck it... we're good."I can imagine this is what it would have been like to be front row for AC/DC at Oakland Coliseum in July of 1979 (They released Highway to Hell the next week, and I was 11 days old). Only, you were listening to Wagner on headphones.The undercurrent is deceptively strong, and distinctly Northern Rhone. Like snorting a violet flavored vitamin in a horse barn just before you dig into the charcuterie plate in front of you. I'm stopping, but this wine just keeps going. — 5 years ago

Stanley, David and 12 others liked this

This was the most austere and fiercely old-school of the three Fenocchios we had in a row, but I love that. And with a couple of hours of air the aromatics popped out and the whole thing opened up — 3 years ago 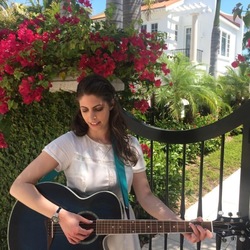 Velma, Dick and 2 others liked this Beautiful wine with subtle spice. We had it with cheese, but this wine can easily stand on its own. — 4 years ago 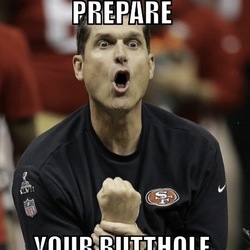 SLH without too much explanation is a premier site for Pinot Noir and Chard. But like Napa/Sonoma and Santa Barbara the similar theme is we're finding more grape varietals to diversify ourselves because of how great our weather is and generally our love of many options. Roar is a local leader of quality wines, if you're looking for an SLH example of the good stuff.. here you go.Went on a cool personal tour of some vineyards at the winery and tried some wine after. This is a newer vineyard for them, high elevation grown Viognier (10 years). Keep in mind this is a foggy climate versus most other Viognier climates. Rich peaches outweigh the honeydew melon fruit for an ideal balance of fruit I'd prefer. I think an edge to this wine is some minerality I usually find clouded from old world veen. Also out here we're in our 2nd or 3rd year in a row of very cold summers and cold spring/fall. It's really what I imagine Seattle to be because most days I just get overcast with my beach view😂 I look forward to a very warm SLH year; this will wake up the locals. — 5 years ago

Mike, Ron and 5 others liked this

Of the Napa wines I tasted over 4 days on this trip, the 16 Sinegal Reserve & the 13 Seavey Cabernet were my favorites. Both great wines but, stylistically very different. The Seavy big and bold and the Sinegal pure beauty & elegance.The nose reveals very dark currants. Dark & milk chocolate. Blackberries, creamy black raspberries, black plum & plum, mocha powder, core of anise, beautiful dark spice, soft volcanic soils, some dry brush and lavender, violets and fresh dark red florals. The body is full. The tannins are really meaty but, exceptionally soft, fine and meaty. Lots of dark spice with plenty of heat. The mouthfeel is gorgeously sexy with feminine elegance. Dark & milk chocolate. Blackberries, creamy black raspberries, black plum & plum, mocha powder, core of anise, beautiful dark spice, big sweet tarry notes, soft volcanic soils, some dry brush, lavender, violets and fresh dark red florals. The acidity is perfect. The finish is well balanced sexy and gorgeous. The structure, tension say this needs to cellar eight to ten years. Photos of; tasting cellar area, modern stainless tanks, outside terrace tasting and or dining area and their grounds and lake. Producer history and notes...Sinegal Estate was founded in 2013 with wines made from their 30 acre Inglewood estate in St Helena (not to be confused with the Inglenook Estate in Rutherford). This is not a new property, it was part of an original land grant and its more modern day history dates back to 1879 when owner Alton Williams purchased the property and planted the first vines in 1881.The property has changed owners a number of times over the decades. At one point the Jaegers’ owned the estate, Bill Jaeger and his wife Lila lived here. These Napa Valley pioneers were in part responsible for helping establish Freemark Abbey and Rutherford Hill. Lila was also a gardener and established beautiful gardens on the property.Owners, David (father)and James (son) Sinegal purchased the property in 2013. James was the co-founder of Costco and once CEO. David worked at Costco for 21 years.After the purchase, David divided each of their vineyards into smaller blocks, picking selectively (30 times in 2013) rather than all at once, and adding technology to the vineyards so they have up to the date reports on a number of data points including temperatures, soil moisture and various barometric pressures. If they want to selectively water, say vine #67 in row number three, they can do so with their irrigation system. Extremely efficient!Nine acres of vines are planted to various red varietals including; Cabernet Sauvignon, Cabernet Franc, Malbec and Petit Verdot. They have some of the older Cabernet Franc vines in the valley that are 30+ years old.The soils here are diverse and can vary even within small geographic ranges on the property. Some of their vineyards are planted on the valley floor – while their upper vineyards are hillside, on the edges of the Mayacamas Mountains.Their landscape above the property is interesting and part of the Mayacamas Mountains. Visually, it appears drier than other parts of this mountain range and the vegetation reflects that with grey pine and more open natural vegetation rather than the thicker wooded vegetation more commonly associated with parts of Spring and Diamond Mountains to the north.After purchasing the property, David created planned and laid out his vision to create a world-class boutique wine making operation. Many wineries in the Napa Valley can take years before they come to fruition, not so here. After only about 10 months, the existing winery was remodeled. 6,500 feet of caves were expanded and drilled into the hillside behind the winery and a new hospitality center was built. The hospitality center ties in very well with the winery. From the small tasting room, large doors open revealing the tanks.A vegetable garden slightly under an acre grows just south of the winery building. Vegetables from this garden are sold to nearby restaurants.A skeleton key appears on the labels of their wine and is prominently displayed on the outside of their winery building. This has historical significance. The original key opens the front door to the historic home on site and is displayed in the tasting room. With respect to the history of this property, this one key has already become iconic to the brand.You only need to look inside of the winery to see that their wine making team is focused on quality. Each of the small lot tanks have built in pumps which can be controlled and programmed to do pump-overs anytime of the day or night. In addition, these tanks have multiple points at which the temperature can be controlled. These tanks do not necessarily handle all their fermentation’s. They also ferment small lots in puncheons and barrels as needed. Control across the board is the key here and it is the control of the details in wine making that is is so integral from when the fruit first arrives through to when it is bottled.2013 was their inaugural release. The focus is currently on two primary varietals, Sauvignon Blanc and Cabernet Sauvignon. The 2013 Sauvignon Blanc were sourced from the estate but, then it was determined it was growing in an area better suited for red varietals so it was torn up and new plantings were made in the back of the property. While not far from these original plantings, their new home for their Sauvignon Blanc features different soils and is growing in a cooler part of the property.The wine making team has been experimenting with the style of this varietal since 2013 with subsequent vintages seeing more oak. Especially, using the slightly longer cigar shaped barrels , which have extra surface area for maximizing complexities including textural feel imparted from aging the wine on the lees in these particular barrels. Maceration on the red wines is often 8-10 days and sometimes up to 20 days.Most of their sales are direct to visitors or through their mailing list. However, they do have some distribution outside California in Florida, New York and Washington. Primarily to restaurants. — 4 years ago