Have Lager Will Travel

Happy St. Patrick’s Day! Most will ring in this holiday with plenty of green, a generous helping of corned beef and cabbage, and, of course, a pint (or three) of Guinness. If you want to learn more about the history of Irish beers, check out our article Irish Beer: A Pint O’ History . So, if Guinness is to Ireland what Bud Light is to the United States, what are some other country’s most famed beers? ------------------------------------------------------------------------------------------------------ AUSTRALIA: FOSTERS This lighter, cold lager-style beer catapulted to popularity when it was introduced in 1889, pairing better with the Australian climate than the heavy British ales. Due to the bottles' resemblance to motor oil cans, Americans nicknamed them "Foster's Oil Cans" when they first arrived in the States in 1972. BRAZIL: BRAHMA Created in 1888, the handwriting on the modern Brahma Chopp bottles is the same as the handwriting found on the original barrels. If you’re looking to literally test out new beers, the Brahma Light Chopp passes the “toothpick test”. If you stick a toothpick into the foam, it doesn’t sink! CHINA: SNOW While Tsingtao may be one of China’s more globally recognized beer brands, Snow is actually the most popular by consumption — and is even the world’s top selling beer, despite being sold primarily in China. Much of this is attributed to the low price point (~$1/liter) and China’s large population — even though the Chinese actually consume less per capita than Americans. CZECH REPUBLIC: PILSNER URQUELL Czechia’s Pilsner Urquell lays claim to the title of first ever pilsner. The story goes that the citizens of a town called Pilsen were unhappy with the beer options at the time, and so they decided to make their own. The first mug of this golden liquid would be served in November 1842, and the rest is history. DENMARK: CARLSBERG Known for its large green bottles, Carlsberg is the most popular Danish beer. If you are a Carlsberg fan, then you must be jealous of Niels Bohr, 1922 Nobel Prize Winner and previous neighbor to the Carlsberg Brewery. With a direct pipeline to the brewery, Bohr had free beer on tap whenever his heart desired. ITALY: PERONI NASTRO AZZURRO Peroni Nastro Azzurro was introduced in 1963, named in honor of the Italian ocean liner SS Rex which had won the Blue Riband (Nastro Azzurro) in 1933 for fastest passenger liner to cross the Atlantic. In a 2005 brand re-launch, Peroni opened the ‘Emporio Peroni’ in London, calling it a minimalist boutique. There was only one catch — only window shopping was allowed in order to give it an air of exclusivity. MEXICO: CORONA Corona is an instantly recongizable brand around the world, always served with a slice of lime (although, nobody really knows why). In the 1980s, a rumor was spread by rival Heineken that the beer was made with urine, backed by the yellow coloring and funky smell… but don’t worry, this pilsner’s ingredients are just water, barley malt, non-malted cereals, and hops. No bodily fluids here. NETHERLANDS: HEINEKEN Heineken has kept the same exact recipe for their famed lager since 1873 using only three ingredients: barley, hops, and water. If you’re pouring into one of their Heineken-branded glasses, you can be sure that the ideal foam level is exactly where two points of their hallmark red star form a horizontal line. 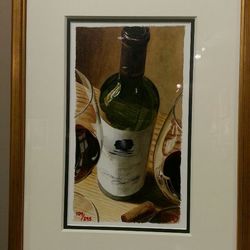 Light cerveza but good for a warm spring day. — 4 years ago

A lovely beer to encourage me to put away the Christmas decorations! — 5 years ago

Raul, P and 1 other liked this

Me too! House feels empty when everything is tucked away. Have a great weekend! ☺ 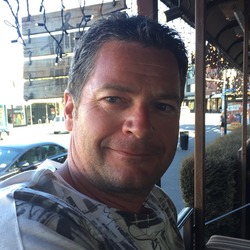 with Mark
P liked this

I do love a nice cold draft Heini
9.1 Great for the summer and the beach, especially with limes! — 4 years ago 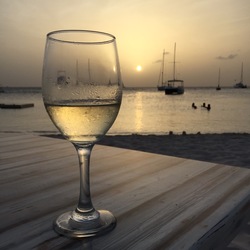 Simple weak lager - refreshing - with what seems to be a Brazilian shredded chicken pasty (known to those in the U.P. & Cornwall). — 6 years ago

Seiji and P liked this 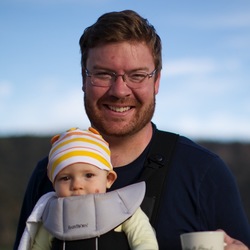 Michael, Thomas and 1 other liked this Wow, taste extra good in Netherlands. It has that herb smell. Extra vers. — 4 years ago

Still one of the best after all the years. Most Pilsner Lager beers could take a lesson. — 7 years ago The one and only Pilsner. Balanced Czech hops. Super smooth. — 7 years ago

Michel and P liked this