Good golly Miss Molly!Notes of treacle and cedar on the nose. Palate is plush, while the tannins are firm. Mature cherries and vanilla present on the mid palate. Overall, this is polished, focused and a touch decadent. — 23 days ago

with Anne-marie
Severn, Deborah and 51 others liked this

This is the st. Helena (lewelling vineyard). Not as opulent as the ehrlich single vineyard. Dark fruit with a touch of licorice. Very smooth. Table guests actually thought the macauley pinot was more tannic and not as integrated. — 3 years ago

Paul, Carl and 16 others liked this Ryan and Daoud liked this

with Ron
Ron liked this

The second vintage of Beau Vigne. On the nose; dark currants, burnt ambers, blend of blue fruits; blueberries, boysenberries, huckleberries & olallieberries. Dark cherries, black plum, black raspberries, dry brown soil, dark minerals, anise, dark fruit liqueur notes, cinnamon, clove, tree sap, a whiff of mint, herbaceous characteristics and decayed dark flowers. The body is medium full and rich. Tannins are 65-70% resolved. The structure is not their best, but, the length, tension and balance are quite nice. The blue fruits explode onto the palate. Blueberries, boysenberries, huckleberries & Olallieberries. They set a little syrupy. Dark cherries, black plum, black raspberries/cola, raspberries come on late, dry brown top soil, palate grippy dark minerality, graphite, dark fruit liqueur notes, soft, medium, dark spice, mocha powder, cinnamon, clove, light vanilla, tree sap, a whiff of mint, herbaceous (bay leaf) characteristics, lilacs, violets and decayed dark flowers. The acidity is round and nicely managed. The long finish is velvety, ruby, rich and beautiful. Shows a little alcohol but it’s tamed from the tiger I bet it was young. Still has another 5-7 years of good drinking ahead. Photos of; their vineyard and antique truck, Yountville tasting room, Owners/Winemaker Ed Snider and wife Trish. Producer notes and history...Beau Vigne was founded by Ed Snider in 2002. They are a small, family winery with a production of about 4,000 cases annually vintage dependent. They are primarily known for their Cabernets. Their vineyard goes by the name of Stags Ridge and is the benchmark and centerpiece of Beau Vigne. Stags Ridge Vineyard & Ranch are located on the Eastern edge of Napa, situated in appellation of Atlas Peak at the very top of Soda Canyon Road overlooking Pritchard Gap, Haystack, and Stagecoach Vineyards. They began with only a few acres in 2002. Stag’s Ridge is now comprised of nine acres, eight of Cabernet Sauvignon and one of Cabernet Franc and Petite Verdot. As the Beau Vigne brand has grown, they’ve sourced from some of the best vineyards on the North Coast and Napa Valley such as Bacigalupi, Dutton Ranch, and Lewelling. Beau Vigne’s philosophy to winemaking hasn’t changed since their beginning. They are a boutique winery; which is generally a good idea to maintain very high quality. The family roots run deep in the Napa Valley. Martin Garzoli, Ed’s grandfather, arrived in the Valley in 1913. He was a Swiss Italian who, learned winemaking in Italy. Martin worked the Hayfields of Napa and Sonoma during the day and made wine in an old barn at night. Nearly 100 years later, Beau Vigne Family is still carrying on in the family tradition. — 3 years ago

Great note. I think in your comprehensiveness you forgot to mention they are insured by none other than @Martin G Rivard ! 😂

@TheSkip No doubt a comprehensive policy which is partially paid in generous wine allocation. 😀

A lucky find. Bought today at a favorite store. Napa at its best. Exceptional in every way. — 2 months ago

Eric, Tom and 17 others liked this

Where on CT? I’m in Stamford. 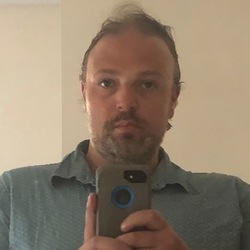 Call Worldwide Wines in North Haven and ask for Jeff Mansfield or Grazia. They can tell you when they receive the allocation and direct you to a retailer in Fairfield County. My store was in Norwalk on the Westport line. Wish we had the opportunity to chat about wine. Good luck. I’m sure you’ll be able to track some down.

Thanks for your comments, @Eric. Hess has such a strong portfolio, as does Lewelling. Great choice of yours here.

Severn, Paul and 21 others liked this

Fully opaque violet in the glass. Blackberry jam, cocoa, vanilla, and hints of tobacco leaf on the nose. Full bodied with very dense, concentrated black fruit on the palate rounded out by sweet tannins, medium + acidity, and good length. Crafted by winemaker Charles Hendricks from 100% Cabernet from Lewelling Ranch in St. Helena at the base of Spring Mountain aged 24 months in French oak. 14.4% alcohol. $85. — 3 years ago