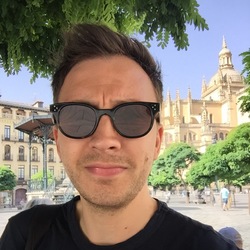 Soft and smooth rose with long-lasting bergamot acidity and mouthful sweetness. One of the best Pacific Northwest roses. — 4 years ago

Tasted with Josh at M wine cellar — 7 years ago Tasted with Josh at M wine cellar — 7 years ago

The 14 Cabernet is a blend is 82% Cabernet, 9% Merlot, 4% Malbec and 2% Cabernet Franc. On the nose; ruby, elegant, black berries, black plum, dark cherries, poached strawberries, soft spice, anise, soft baking spices, dark rich soils and red & dark florals. The entry is rich, thick, full bodied elegance. The tannins are M+. Fruits are; blackberries, plum, black plum, dark cherries and black raspberries. Nice spices follow, clove, nutmeg, vanilla, violets & red fresh florals, rich dark soils, leather, tobacco, graphite, crushed dry rocks, underbrush with nice round acidity and a round, lush, elegant finish. Photos of; a wide shot of Pepper Bridge, Artifex custom crush facility, Winemaker, Jean-François Pellet and the view from their terrace. Producer notes...born and raised in Switzerland, Winemaker Jean-François Pellet is a third-generation wine grower. He earned degrees in both enology and viticulture. As part of his studies, he interned in Switzerland, Germany and the Napa Valley. After graduating, he managed vineyards and made wine in Switzerland and Spain. After his time in Europe, his experience and reputation brought him to Heitz Cellars in the Napa Valley, where he worked for four years. Pepper Bridge recruited him out of Heitz and he moved to Walla Walla to become that winery's creative force. His success at Pepper Bridge afforded him the opportunity to join the Amavi partnership. Jean-François Pellet is also a partner in Artifex, the areas very successful custom crush facility. Additionally, he is also a founding member and current vice-president of the Walla Walla Valley's sustainable agriculture organization, VINEA. Quite a resume! It was a pleasure meeting him. He is a very kind person and an extremely knowledgeable Winemaker. Thank you for all of your time & knowledge during our visit. — 5 years ago

Trixie, Sharon and 11 others liked this

I visited these guys today. Your comments are on point. I too admired the dedication, focus, clarity of thought in approach. They make a limited range and do it really well.