A light cab sauv. Has an elusive profile overall — I can’t seem to distinguishing any of the tasting notes. Let’s call it honey arugula. — 18 days ago 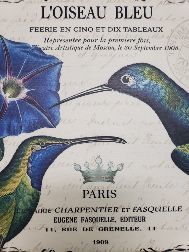 One of the best Australian wines I’ve had. You can expect to find a medium-bodied profile, with cherry, dark chocolate/black liquorice, and peppered kale/ arugula flavours carried by complex tannins. A sipple of a tipple! — 3 months ago

Very smooth and light - almost to the point of becoming indiscernible to your palette over time. Still, it’s an enjoyable French Syrah blend. C’est ci bon! — 4 months ago

Full spectrum of red fruit, ends on a raspberry note, especially with dark chocolate. Agree that it needs to open up/aerate, even so, it’s a sour/crabapple - a picador if you will - of a garnacha. ie., could be bolder and sweeter, like a true matador. — 5 months ago

Thanks! Easier to keep alive this way.

Inoffensive, mild, standard red blend. Raspberry, dried cranberries, earthy notes. Ends with a bit of that ‘wine concentrate’ taste. Nothing to get all uprooted about. — a month ago

Don’t have much nice to say about it. Echoing other comments: lacks flavour, and a wine you’d take out when you don’t want to use the expensive sh$&. Actually scratch that, a wine you’d use for entertaining guests you don’t know, pre-COVID. Post COVID, obv break out the good wine, just not this. — 2 months ago

While we can assume Snoop had his ‘mind on his money and his money on his mind’ when agreeing to do this Cali wine, it was a surprisingly versatile red blend: Full flavour that can compliment any meal, and a chocolatey sweetness that can pair with any dessert. So just lay back, smoke some endo, and skip that Seagram’s gin. — 4 months ago

Great wine to sip on its own. Very subtle, so it easily get carried away by other flavours. Mélange of red stone fruits and berries, light tannin... if you focus too hard it tastes like any other cheap blend, but if you let it tell it’s own story, it has some interesting things to say. — 2 months ago

A wine for the masses. These industrialists have captured the rocky earth they have sown. Peppery and metallic, a perfect pairing for whatever was in Chaplin’s lunch before being dragged through the gears of the capitalist machine. — 3 months ago

First impression: smells like regular cheap whiskey. Taste, ditto, except stronger (65.1% after all). Great rye flavour though. Suspect that the other ingredients in most Canadian whiskey blends (eg corn) missing from this limited edition ‘best whiskey in the world 2020’ are part of the allure. Mine also had bits from the cask floating in the bottle (yay for authenticity?). After allowing it to open up with a large ice cube: smells a lot more pleasant and almost like a 15 or 18 year aged whiskey. Taste is still the same initially but sipping obviously gives you a better full spectrum. Alcohol is numbing. Lots of complex flavours from the cask (toasted oak, dark sugar, rye bread) but they don’t linger as compared with 15 or 18 year blends. Would make a damn good strong old fashioned. Update, 15mins later: I want cask strength whiskey from now on! — 4 months ago