"This January’s four-day Marché aux Vins in Ampuis, an annual showcase for northern Rhône wineries and one of France’s most heavily attended public wine fairs, attracted the highest number of attendees in its 89-year history, with more than 25,000 tickets sold in total. I wasn’t surprised to hear this as in recent years more and more producers that I visit have been reporting a dramatic uptick in demand for their wines, both from the trade and from consumers who buy directly from the wineries. The short crops of 2014 and 2013 didn’t help matters but with 2015, which has received an enormous amount of often breathless coverage, demand for the best northern Rhône wines is currently at record levels." -- Josh Raynolds, Vinous, The 2015 Northern Rhônes - Outstanding Wines for the Long Haul New York City is having its own celebration of Northern Rhône on November 17-19, 2017. For more information, visit www.rebouledurhone.com.

Inky ruby. Smoky dark berries, allspice and licorice on the highly pungent, smoke- and mineral-accented nose. Displays impressive depth as well as energy to the sweet black and blue fruit flavors and picks up a sexy floral quality with aeration. Shows excellent focus and mineral lift on the youthfully tannic and very persistent finish, which features suggestions of bitter chocolate and candied violet.(Josh Raynolds, Vinous, Apr 2017) — 5 years ago

Greg, E and 3 others liked this

(fermented in stainless steel tanks and aged for a year in neutral barriques and demi-muids): Brilliant violet color. Intense, spice-accented aromas of cassis, violet and smoky mineral show very good lift and clarity. Offers spicy red and dark berry and floral pastille flavors that show very good focus and depth, along with a floral pastille flourish on the back half. The long floral-tinged finish features slow-building tannins and lingering raspberry and violet character. (Josh Raynolds, Vinous, Apr 2017) — 5 years ago

Greg, P and 1 other liked this

Greg, Craig and 2 others liked this 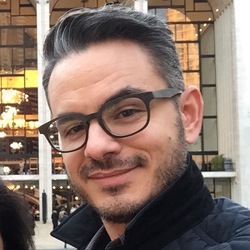 (raised for a year in large, neutral oak casks) Lurid ruby-red. Vibrant cherry and raspberry aromas are complemented by suggestions of smoky minerals, floral pastilles and spicecake. Concentrated red fruit flavors are energetic and sharply focused, and hints of cola and licorice add depth to the back half. Silky, sweet and broad on the long, incisive finish, which features soft tannins and lingering floral and mineral notes. (Josh Raynolds, Vinous, Apr 2017) — 5 years ago

Greg, Craig and 2 others liked this

Youthful purple. Deeply perfumed, mineral-tinged aromas of blackberry, boysenberry and violet, joined by an exotic spicy nuance that builds in the glass. Deep, alluringly sweet dark berry preserve, floral pastille and star anise flavors are lifted by juicy acidity and a cracked pepper quality that emerges with air. Focused and seductively sweet on the tannic finish, which shows superb clarity and outstanding floral-driven persistence. This rich yet vibrant wine is shaping up to be a highlight of this stellar vintage. (Josh Raynolds, Vinous, Apr 2017) — 5 years ago

Greg, Craig and 4 others liked this

(sourced from granite-rich soils in Crozes and Gervans): Inky ruby. Heady, mineral-laced black raspberry, cherry, licorice and olive scents, with a sexy Moroccan spice nuance emerging as the wine opens up. Juicy and expansive in the mouth, offering intense red and dark berry and floral pastille flavors that are complemented by suggestions of black cardamom and allspice. The floral and mineral qualities drive an impressively long, youthfully tannic finish that show excellent clarity and lift.(Josh Raynolds, Vinous, Apr 2017) — 5 years ago

Greg, Craig and 3 others liked this

Inky ruby. Spicy, exotically perfumed aromas of cassis, cherry compote, potpourri and incense are complicated and lifted by a smoky mineral quality. Sappy, sweet and expansive in the mouth, offering deeply concentrated but energetic bitter cherry, blueberry, olive and star anise flavors that deepen on the back half. The floral note comes back strong on a strikingly long, seamless, dark-fruit-driven finish that shows just a hint of harmonious tannins. (Josh Raynolds, Vinous, Apr 2017) — 5 years ago

Greg, Craig and 4 others liked this