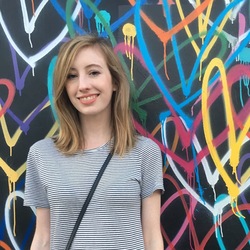 At Bar Bandini in Los Angeles — a year ago Bandini at its best — a year ago

On the nose, stewed fruits of; black plum, blackberries, dark cherries, plum and blueberries. Mocha, chocolate, mixed berry cola, sweet spice, cinnamon, nutmeg, caramel, loamy mineral soils and dry dark florals. The mouthfeel is less concentrated than other vintages of Corison but that's indicative of the 10 Napa vintage generally. The tannins are nicely resolved with another 5-8 years before they are completely resolve. The fruits are; dark cherries, black plum, plum, black raspberries, blackberries with strawberries that dance around the rest of the fruit. There's nice barrel toast, vanilla, nutmeg, light clove, cinnamon, touch of wood shavings, liqueur notes, caramel, mocha chocolate, mix berry cola, loamy soils, dry crushed rocks, bramble, dry stems with nice soft round acidity. The finish is a little lean but tasty. Good balance of fruit and earth with long, rich elegance. Cathy slightly overachieved the 10 vintage as a whole. Photos of; her estate building, Cathy in her vineyard, grapes coming in at night (better to harvest when the fruit is cooler) and her estate vineyard in all it's glory. Producer notes and history...Cathy Corison grew up in Riverside, California. She studied biology at Pomona College and was on their men's diving team, because the school didn't have a women's team. In 1972, she had to take an extracurricular class. She signed up for a trampoline class, but changed her mind upon seeing a sign-up sheet for a wine tasting class. This class was the catalyst that sparked her interest in winemaking. After graduation in 1975, she moved to Napa Valley in California. She received her Master's degree in Enology from University of California, Davis. Upon moving to Napa, she started working in the tasting room at Sterling Vineyards and at a wine shop. During this time, she was getting her Master's degree at the University of California, Davis. She was told by her professor that she would not get a job in Napa Valley because of being a woman. However, if she wasn't the first Napa Valley female Winemaker, she was certainly one of the first. She tried to get a job at Freemark Abbey and was denied because they believed she could not work in the cellar. She almost took a job at Christian Brothers in the enology lab. However, she decided not to take the job and in 1978 she became an intern at Freemark Abbey and eventually became their Winemaker. She joined Chappellet in 1983 and was their Winemaker for nearly ten years. She founded Corison Winery, in 1987. The winery is located in St. Helena, California in a barn built by her husband, William Martin. Corison makes Cabernet and Gewürztraminer. They produce about 3,500 cases a year depending on the vintage. The winery makes a Kronos Vineyard Cabernet Sauvignon and as well as a Napa Valley Cabernet Sauvignon. The Kronos is an estate wine that is made from organic grapes. The vineyard is dry farmed. The grapes come from one of the oldest vineyards in Napa Valley. The Napa Valley Cabernet comes from Rutherford. The Gewürztraminer is called Corazón and comes from the Anderson Valley. — 3 years ago

Eric, Trixie and 40 others liked this

Checking this out later this month

@Eric S Corison is a pleasant visit. They also do a nice harvest party on Sunday afternoon in September.

@David T Nice write up again David. I'm intrigued to find her connection with one of my favorite producers, FAW. I'll drink vintages crafted under her care with a renewed perspective. Thank you. 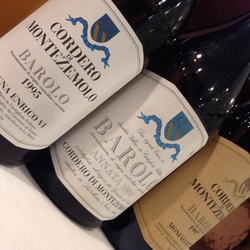 At Bar Bandini in Los Angeles — a year ago

Pomona date with CC — 5 years ago